How the TD's voted on the Abortion Bill

Today the Dáil voted to send the Abortion Bill to Committee Stage. This important update informs you as to what politicians opposed the Bill, what others are likely to and what others have said. It will be updated regularly to keep you informed as more TDs speak out on the Bill.

There is also a growing momentum in favour of putting the legislation to a referendum under Article 27 of the Constitution.

It is now being reported that Enda Kenny is threatening TDs with de-selection if they vote against this cruel and horrific Abortion Bill.

Mr. James Sheehan, who with Maurice Neligan and others founded the Blackrock, Galway and Hermitage clinics, and who has given more than 50 years' medical service to families, to men, to women and to babies - to everybody throughout his career - said only yesterday, with the wisdom of a long career, 'Peter, when people terminate a pregnancy at that stage, it is killing an unborn baby, and you are to use that word, because we in the profession have to do that procedure. It is killing an unborn baby.' That is very sad. That is why, at the core, I cannot support this Bill".  He also quoted Consultant Obstetrician, Dr Louis Courtney, who wrote: "I worked for 35 years as a consultant with the best results in Ireland and the UK and was never curtailed by law to save women’s lives. Wars come and go. Famines come and go. But abortion comes and stays and eats its way into the heart of a people as it has done in England. Seven thousand, four hundred [abortions] in 1966. One hundred and fifty thousand in 1972. Two hundred thousand today."Billy Timmins: "However, it is clear from reading this Bill that for the first time an Irish government is proposing to introduce a law that provides for the direct intentional targeting of the life of the unborn child." He also pointed out that: "I have received endless representations from members of the medical profession on the issue of suicide and Section 9 and almost unanimously they have been opposed to this measure." Terence Flanagan: " For the very first time, we are stating in statute law that it is ok to deliberately and intentionally take the life of the unborn - direct abortion. This signals a real and significant cultural change in the practice of our hospitals and I have a real problem with this.

See below for other FG TDs who have expressed serious concerns.)

"I cannot accept section 9 of the Bill in regard to suicide ideation. The arguments in this regard are well-rehearsed and well known. I am of the view that this section does not protect the right to life of the unborn for the following reasons: it will allow for the first time in Irish law the intentional killing of the unborn; it is generally accepted among experts in the field that abortion is not a recommended treatment for suicidal ideation in pregnant women; there are well established and evidence-based treatments for people who are suicidal as a result of mental illness in pregnancy; it is widely accepted that it is impossible to predict with any certainty whether a person who states they are suicidal is likely to commit suicide; there is no obligation on the person presenting under section 9 - which deals with suicidal ideation - to accept any other medical treatment that is recommended; it is accepted that suicide in pregnancy is very rare and there is no evidence that a provision such as this will reduce the risk of suicide in women and some would argue it could have the opposite effect; and there is no provision in this Bill, as pointed out by a retired Director of Public Prosecutions, to guarantee, and, as far as is practicable for the State - by its laws - to defend and vindicate the right to life of the unborn under this section. I hope I am wrong but I am of the view that this legislation will open the floodgates to widespread abortion.

Another thing absent from the Bill is any legal protection for the unborn child. Under the Constitution, the child and the mother are afforded an equal right to life yet this legislation makes no provision for the child's rights to be vindicated nor for their situation to be represented.

"In each and every case. it is essential to intervene to save the life of the mother. Equally, however, it is completely wrong to unnecessarily and deliberately take the life of the unborn child. I am convinced of the precious nature of human life in all its manifestations, from the point of conception to natural death."

I wish to highlight in particular my concerns and total opposition to section 9". "Resources should not be found wanting at any stage to support women who face these particular difficulties. However, I will be voting "No" to this legislation. Like many colleagues on all sides of the House, section 9 dealing with suicidal ideation has determined my decision.

Mattie Mc Grath is a stalwart defender of human life and has spoken out strongly many times against the Bill. He voted NO.

Michael Healy Rae is strongly opposed to the legislation and is pro life. He voted NO.

Colm Keaveney (now resigned from Labour and officially an Independent) has voted NO, saying: "Section 9 of the Bill will lead to abortion becoming far more widely available than its supporters, some of them disingenuously, now claim." "The rhetoric being deployed by supporters of this legislation contains much that is dishonest. I hope those people who continue making the utterings to which I referred earlier are aware of their dishonesty. For example, this is not a pro-life Bill, and Ministers who state that it is know that. I am old fashioned enough to believe that those of us in this House have a duty to be truthful."

Noel Grealish is pro-life and has voted NO

This is an issue of moral conscience and personal belief. I am of the view that by opposing this Bill I am acting in the best interests of our citizens. We have a duty to protect the most vulnerable in our society and no one is more vulnerable than the unborn child

he told the Dáil.

Denis Naughten voted NO and put forward amendments to the legislation and said:

The difficulty is that the suicide provision provides for a more liberal abortion regime than exists in the United Kingdom. There are no term limits on it, which means it provides legally for late-term abortions.

Peadar Tóibin from Sinn Féin voted NO and will lose the party whip. He told the Dáil: "Many will be conflicted between their party loyalties, careers and consciences. Neither my career nor any Deputy's is worth a jot in comparison with the life of one mother and the life of one child. In articulating my views on abortion, I do not seek to judge anyone. I am in no position to do so. I simply seek a health service whose objective is to save life on each and every occasion."

What other government TDs have said at this point:

Lucinda Creighton: Is looking to have serious amendments made to the Bill: “I wonder what one should consult with when voting on a fundamental human rights issue such as this if it is not one's own conscience. My personal view is that all I can do when making a decision on life and death - and that is what we are considering here - is consult my conscience, which is based on my sense of what is right and wrong." "None of us is perfect but our life is worthy and we are all worthy of life. Who is any one of us to determine that one single life is not worth living or protecting?"

Róisín Shortall: has concerns re the lack of gestational limit - may vote No

John O'Mahoney says he has concerns regarding the Bill.

JP Phelan: Told the Dáil he had serious concerns regarding the legislation

Michelle Mulherin: "I have many issues of concern, as have many other speakers. I hope the Minister can bring clarity to these issues in his summing up on this Stage this evening."

Kieran O'Donnell: "Since the publication of this Bill, the former Director of Public Prosecutions, DPP, Mr. Eamonn Barnes, has expressed the view that without representation for the unborn under section 9, which deals with risk of loss of life due to suicide, or sections 13 and 14, which deal with reviews, the Bill may be unconstitutional. The constitutionality of all aspects of the legislation needs to be looked at as it may possibly end up before the Supreme Court."

It then goes to President Michael D Higgins for his approval before being passed into law. 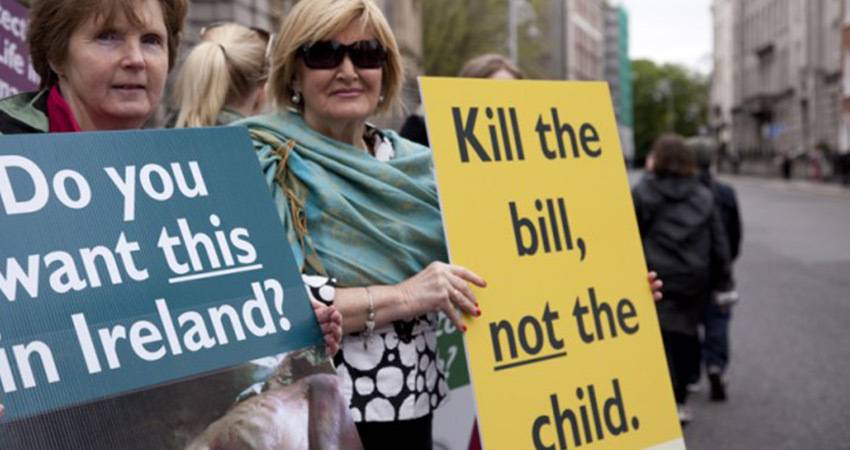 Kill the Bill, Not the Child 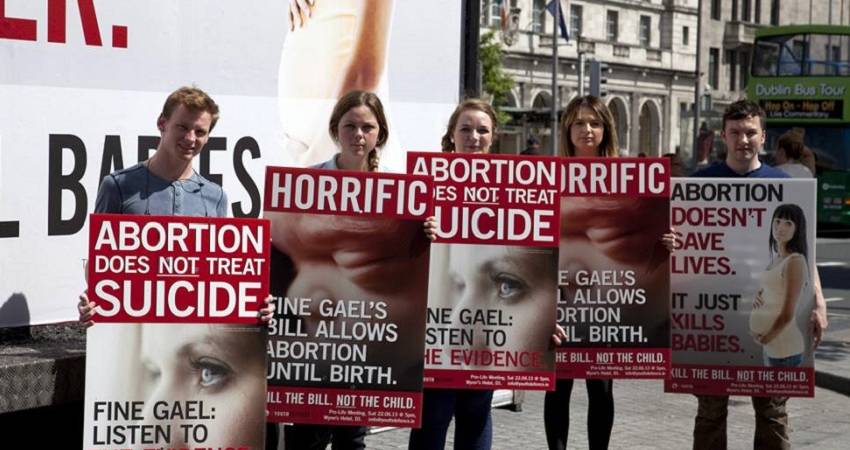 Truth about the Bill 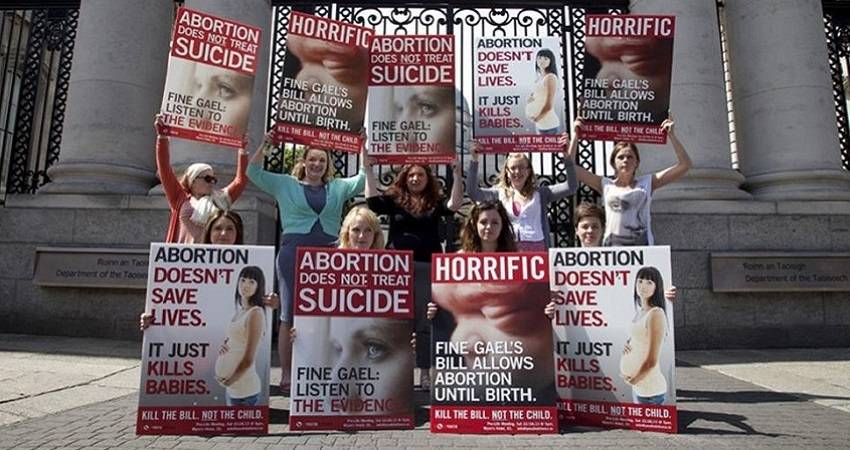