[An embryo] is a new human being which is engaged in dialogue with the mother from the point of fertilisation.

The Supreme Court ruling in the RvR case has upheld the erroneous and wrong-headed judgment of the High Court, in which the embryo-child outside the womb was deemed not to have any Constitutional rights of protection. However, the Supreme Court judges pointed out that the embryo-child was deserving of respect and we have called on the government to act now to uphold the wishes of the people to protect life from conception. We’ll be working around the clock with Youth Defence over the Christmas period to make sure as many people as possible are made aware of the need to call their public representatives to protect human life.

On Tuesday December 15th the Supreme Court delivered a judgment which wiped out the constitutional rights of unborn children at the earliest stages of their lives.

It denied the embryo-child outside the womb any rights whatsoever – and left the door open to lethal experiments on embryos and other horrors.

The judgment makes no sense – the majority of Irish people oppose embryo research and want to protect human life. But the Court ruled that when the people voted in 1983 to protect the unborn child, they were excluding some unborn children from that protection

That’s nonsense, the Court has not got a crystal ball which allows it to look back into the minds of voters and read any such distinction. So we must now demand that the government moves to ensure human life is protected at all stages.

The important facts are as follows:

This case involved human embryo children frozen by a fertility clinic. Their mother went to court to ensure they would be transferred to her womb but the Supreme Court ruled against her and decided that embryo-children outside the womb were not constitutionally protected.

The judges said that the protection afforded to the unborn child in the Irish Constitution only applied to the baby in the womb. They did say however that human embryo children outside the womb were deserving of respect.

That’s because human life begins at fertilisation – that’s a scientific fact. We are all former embryos, the passage of time simply allowed us to grow and develop.

Polls show the Irish people are opposed to embryo research and other forms of embryo destruction – a 2007 poll for Millward brown showed that 74% of people thought the government should act to protect embryo-children.

And the 2002 abortion referendum which would have denied protection for human embryos outside the womb was REJECTED by the people.

In fact, 20 years of experiments on human embryos in other countries have failed to provide even one cure. All the stem cell cures we read about are from ADULT stem cells – taken from the patient’s own body.

Yet, two separate government quangos, the Commission on Assisted Human Reproduction (CAHR)  and the Irish Council for Bio-ethics, asked for submissions from the public on the treatment of early human life. On both occasions the vast majority of public submissions supported protecting human life from conception and said that any form of lethal experiments on embryonic life should be absolutely banned. But then both bodies ignored the public’s view and instead recommended legislation that would have made us one of the most liberal countries in the world in regulating this area – even allowing for the creation of human embryos for experimentation, and for cloning.

We must make sure that the government – especially Minister Mary Harney – does not think they can get away with implementing the recommendations of the CAHR. We need to speak up NOW.

It's time you made your voice heard

We realize its Christmas but we just need a few minutes of your time.

The Government needs to see your reaction and hear your voice or they will conclude that the Irish people no longer care about how the unborn child is treated. It’s not something that will wait until the New Year.

Please contact your local public representatives today - across all parties. It is best if you can contact your TD’s local office.

Alternatively, you can phone Dáil Eireann on (01) 618 3000 and they can put you through to your local politician’s office at Government buildings. You can also go to www.oireachtas.ie for details of all the TD’s in your area, including their e-mails.

1. Inform the politician that you are their constituent and that you are outraged with the recent Supreme Court judgment, which has opened the door to the destruction of frozen human embryos; embryo experimentation; and chemical abortion.

2. Tell him/her that you want to get a guarantee that they will push for immediate legislation that will bring full protection to the human embryo from the moment of conception / fertilization

Give the gift of Life this Christmas. It’ll last a lifetime.

Youth Defence has called on the government to respect the wishes of the people and to move to protect human life from the moment of conception. The pro-life organization made its call as the Supreme Court today dismissed an appeal by a mother of two against the High Court's refusal to order a Dublin clinic to release three frozen embryos to her against the wishes of her estranged husband.

The five judge court found that consent was required to proceed with the implantation. They also decided to uphold the High Court’s findings that the embryos are not the "unborn" within the meaning of Article 40.3.3 of the Constitution and therefore not entitled to Constitutional protection, saying that the "unborn" referred to a child within the womb and not pre-implanted embryos.

Youth Defence said that in doing so the Supreme Court has upheld an erroneous decision by Justice McGovern in the High Court, in which the judge had ruled that it was not the intention of the electorate in 1983 to extend protection to the human embryo outside the womb. “With all due respect, Justice McGovern had no crystal ball which allowed him to see into the minds of more than a million people and to decipher the intentions of each and every one,” said Íde Nic Mhathúna of Youth Defence. “Test-tube babies had been born prior to the 1983 amendment and there was no mention of restricting the right to life at any stages from conception. It is disappointing to see the Supreme Court now uphold that erroneous ruling.”

Ms Nic Mhathúna said it was now crucial that the Government move to protect human life from conception. “Two separate bodies, the Commission on Assisted Human Reproduction and the Irish Council for Bio-ethics, asked for submissions from the public on the treatment of early human life,” she said. “And on both occasions the vast majority of public submissions supported protecting human life from conception and said that any form of lethal experiments on embryonic life should be absolutely banned. But then both bodies ignored the public’s view and instead recommended legislation that would have made us one of the most liberal countries in the world in regulating this area – even allowing for the creation of human embryos for experimentation, and for cloning.”

What’s clear now is that the government needs to act to restore the protection to the human embryo which the pro-life majority presumes existed since 1983. Any attempt to use the RvR judgment to introduce embryo research would be “unacceptable, and would ultimately fail since it would be very strongly opposed. 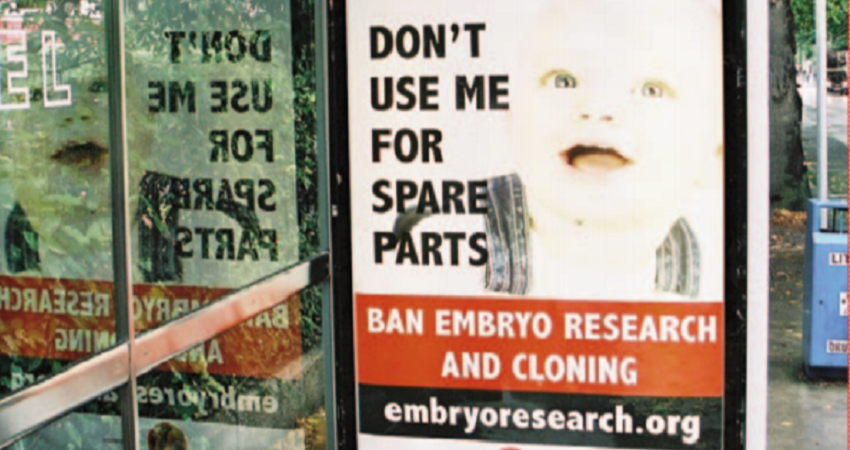 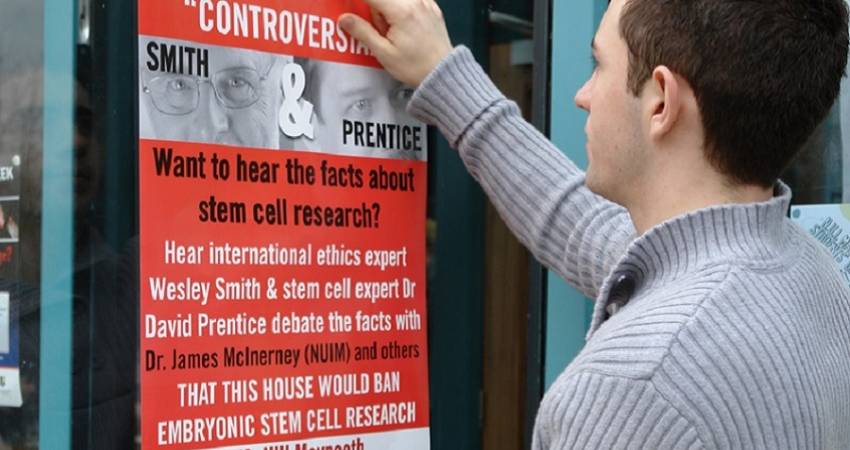 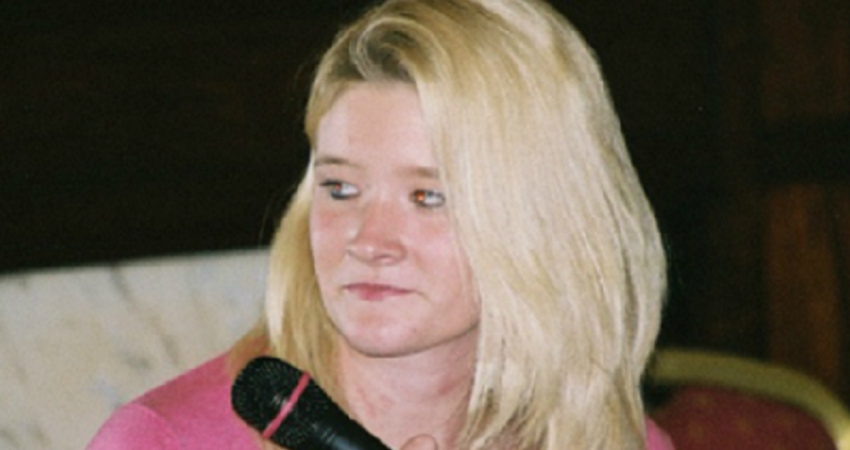 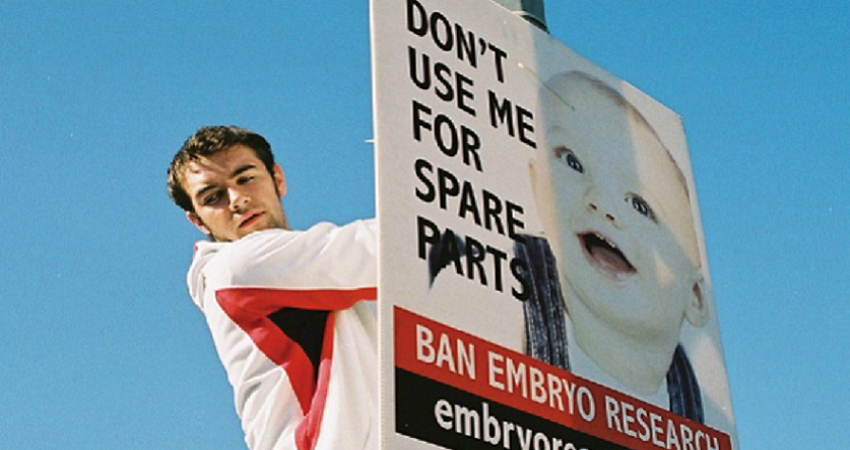