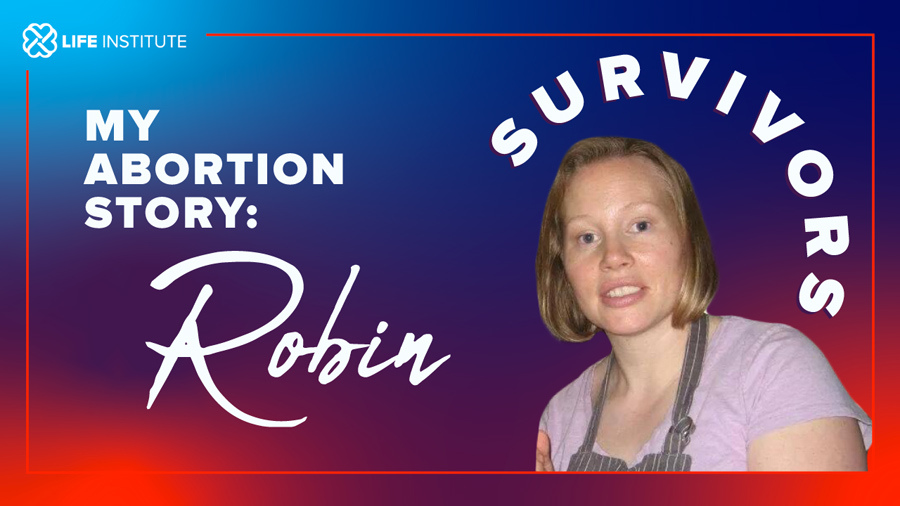 During the time that my mother was pregnant with me, she attempted three times to abort me via saline-infusion abortion. For those of you who don’t know what saline-infusion is, there’s a small amount of the amniotic fluid that’s drawn off through a deep needle biopsy, and it’s replaced with a poisonous solution that’s meant to scald the baby. It was meant to burn and kill me from the inside out and the outside in. As horrific as that sounds, God decided that I was to live. Even though my mother tried to abort me not one, not twice, but three times, somehow by the grace of God, I was born alive.

On March 28th 1974, my parents went to the hospital not knowing that there was going to be a live birth. They had no layette, they had no name for me, they didn’t know that I was going to need anything, so they didn’t bring anything.

My father was in the room with my mother that morning, and he convinced her to keep me. My mother decided to agree, and they looked up at the window and there on the window ledge, in Philadelphia where I was born, there was a little bird first thing in the morning, so my mother said “Fine. Name it Robin.” So that’s now my name.

Most of us believe that we are alone, and for me, I found out that I was a survivor at the age of 9. After another hospitalisation where I died on the table, I was brought back to life, and I was very sick. My maternal grandmother finally told my mother “you have to tell her, it’s on her medical record, she can read. She’s going to figure it out.” Finally, she was given permission somehow by my mom to tell me that I was an abortion survivor.” At age 9 I didn’t know what that meant, I didn’t even know what ‘abortion’ meant. I thought I was alone from age 9 until age 46. That’s a long time to think that you’re the only ‘weirdo’ out there that survived this.