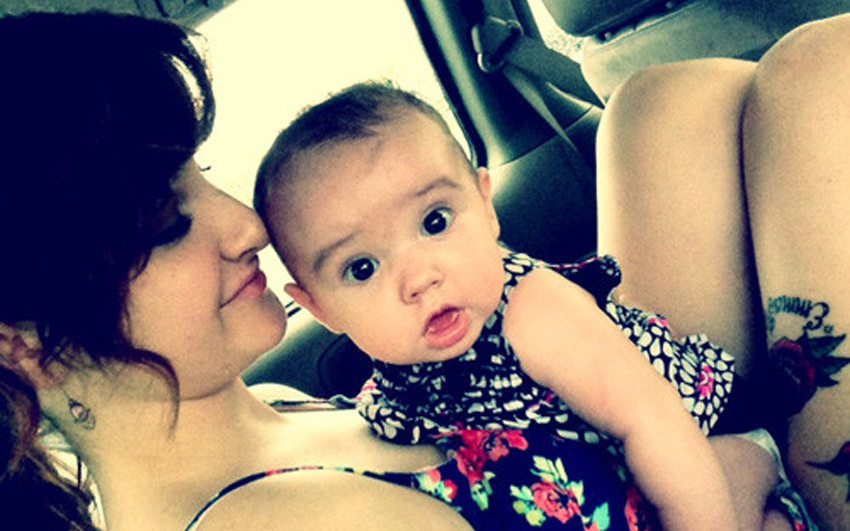 Growing up, I had a very broken household. With three step brothers and two half brothers, I was the youngest by 8 years and the only girl.

My step father was emotionally abusive and severely bipolar. Everyone has heard the saying, "A father is a daughters first love." At least once. Knowing this, my love for my father, plus the way he treated my mother (which was poorly), is the way I grew up seeing men. Filled with anger and trying to find love and acceptance, at 15 years old I turned to drugs and alcohol to escape the hurt.

I also gave up trying at school and quickly was failing every class (even Physical Education!) I knew that what I was doing was wrong, but that was the whole point. I was self destructive and wanted to escape my reality. Soon enough I was best friends with someone who enabled my addictions. Every weekend I would go to her house and drink till I was numb and smoke till I was happy. During these times I subjected myself to dating men who I knew only wanted one thing from me; I gave that to them to make them happy, giving me a false sense of happiness in return.

At the age of 16, I was so lost in my drinking and drugs, I forgot to take my birth control. Soon after, I felt my body changing. I was never one to get nauseous, never one to get gravely ill. I was sick and throwing up for 5 days straight, during this time I was unable to drink or do any drugs.

With it out of my system, I stayed home and confided in my brothers girlfriend at the time about what had been happening. She took me to the nearest store and there we took a pregnancy test. Five tests (and positives) later, I was crumbling on the bathroom floor while she held me. I thought about everything I had been doing to my body hoping and praying I hadn't hurt this little life inside me.

I told several of my friends and the only thing they said was, "your life is over if you keep it." Also, "think of all things you won't be able to do!" And the worst came from her father, "I don't want it. You won't be a good mother, you need to get rid of it." Which translated all into them suggesting I get an abortion.

Conflicted with selfish desires of living my life how I chose, I realized that being pregnant kept me away from drugs and alcohol. I realized that this little life had saved mine. I went to a clinic where they proved I was 7 weeks pregnant. I looked into the doctors eyes as she asked how if I wanted to hear the heart beat. The moment I did I knew the baby was alive. As alive as I was. The size of a cashew, it was a part of me and I a part of it. I told everyone I wanted to keep it. It was the hardest and most selfless decision I had and ever will make. When I felt her kick in response to my voice, I knew I had fallen in love deeper than I ever will  ever again.

That's when I embraced my pregnancy, embraced my unborn daughter, embraced my motherhood. At the age of 16, on December 29th, 2012, 13 days before my 17th birthday, I gave birth to the love of my life Emma Rose. I am a single teen mother and it is the hardest day to day life but it is so worth it. The love of this human life started the day I didn't kill her. The day I knew that she was worth at least being given a chance.There are thousands of couples who can't have babies who want them so badly, good people, and who was I to not give life when I could? I kept my daughter after she was born and even though people look at me differently, it doesn't matter. Because I chose life and I chose the love of a child.