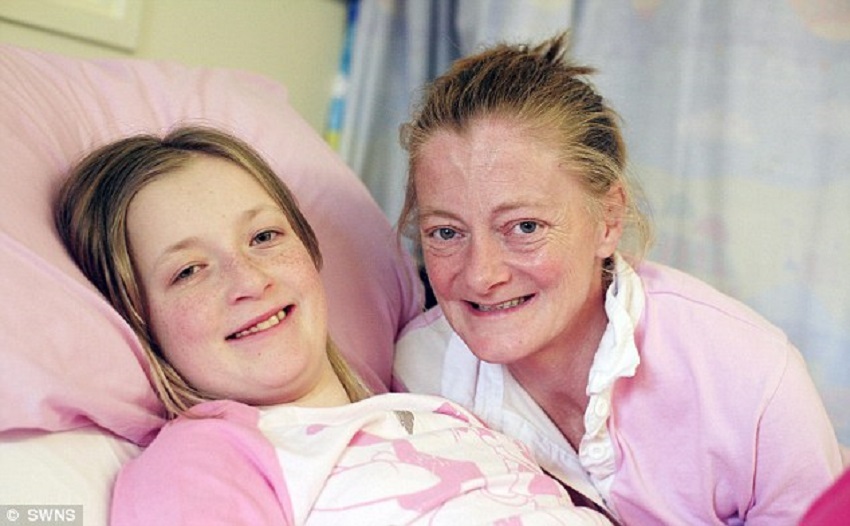 A schoolgirl who went to court to claim her right to die only to have a change of heart has celebrated her 16th birthday and gone to her secondary school prom. Hannah Jones was just 13 when, left drained by debilitating surgery to cure a fatal heart condition worsened by a lengthy cancer battle, she denied a transplant.

Her decision stunned the world when she calmly stated she would rather die than undergo more hospital trauma and simply wanted to live her last days in peace. But Hannah's condition deteriorated and aged 14, having changed her mind, she underwent a transplant at Great Ormond Street Hospital.

She has celebrated her 16th birthday, done her GCSEs and enjoyed her school prom as a happy and healthy teenager looking forward to a future. Hannah, who lives in Ross-On-Wye, Herefordshire, said: 'I never thought I'd celebrate my 16th, do my GCSEs or be picking a dress for my high school prom.

Although people thought I was too young to decide, I'd been through so much I felt I had the right. But everyone's entitled to change their mind and now I'm so glad I did.

The teenager was celebrating her 14th birthday in April 2009 when her kidneys failed - with her deterioration acting as a catalyst for change. She said: 'I was obviously ill, but just thought I'd overdone it on my birthday.

'Actually, it turned out it was my kidneys failing and that's when the reality of the situation hit home. 'I love my friends and family so much and I wanted to reach adulthood, have a family, and have a career. 'I wasn't so sure anymore that I was ready to leave all that behind.