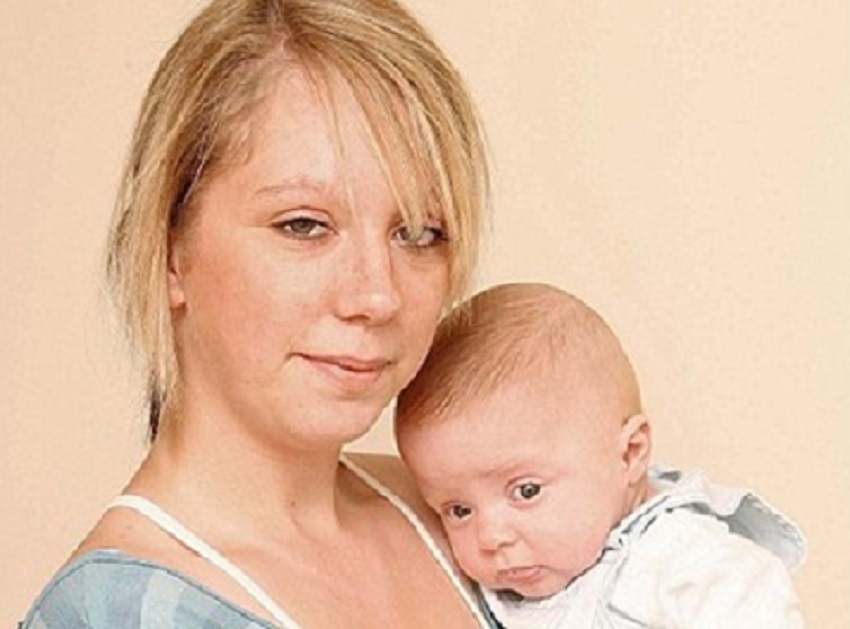 The healthy baby doctors said should have been aborted

When Leeann Phelan was told her unborn baby had an incurable brain abnormality, she faced an agonising decision. Doctors said he would be stillborn or severely disabled and advised her to have an abortion. But Miss Phelan and her partner Stephen Crane stoutly refused and carried on with the pregnancy.

Leeann Phelan with son Jayden: 'It makes my blood run cold to think we could have lost him' Now at six months old, tests have proven that little Jayden was wrongly diagnosed and is a fit and healthy little boy. Due to pregnancy complications he had to be induced 13 weeks early, and bravely fought for life.

At 23 weeks, he was one week short of the current abortion limit of 24 weeks, which was set with the received medical wisdom that babies born that premature do not survive.

Last week MPs defied public opinion and voted to keep the current six month abortion limit, despite pressure to cut it to 22 or even 20 weeks. Last night a pro-life group said Jayden's birth 'flew in the face of the government's denial that babies do not survive if born before 24 weeks.

'Miss Phelan, 23, said: 'We got the results on Friday and the doctors found he was not suffering from this syndrome. We are delighted but it makes my blood run cold to think we could have aborted him and they got that wrong. 'They told me to get rid of him, but I said no from the start.

I don't believe in abortion. It is my baby, I don't care what's wrong with him, he will be treated the same as my daughter. They said I could always have more kids, but I said so what if I can have more, I'm not going to get rid of this one. Now he looks like a normal baby.

At 20 weeks, Miss Phelan, from Chingford in north London, went for a routine check-up at Whipps Cross Hospital. Doctors there were concerned by the results and so sent her to King's College Hospital in central London for further examination.

'They sent me to King's College Hospital and they said a bit of his brain was missing - the bit that controls his movements,' Miss Phelan added. 'They said he would have no quality of life and would be strapped to a chair.'

Jayden was diagnosed with Dandy-Walker Syndrome, a congenital brain malformation. This is where the brain is not formed properly in the womb and, after birth, this means the child's movement is severely affected and the skull grows excessively large.

The increased pressure on the brain results in problems with the nerves that control eyes, face and neck, irritability, vomiting, breathing difficulties, convulsions, and a lack of muscle coordination. Miss Phelan turned down an abortion, but had to be induced three weeks later on December 27 last year due to pregnancy complications.

At 2lbs 7oz Jayden was just six inches long and needed specialist hospital treatment for three months. Mr Crane, 32, said: 'We were told to expect him to be stillborn. It was like being on a time bomb.

'When he came out fighting there was so much relief, but we were trying to keep our emotions together. I have never cried so much in my life.'Not being able to hold him was the hardest part. There were wires everywhere. 'It is hard to see your baby all wired up, and with tubes everywhere.'   Now Jayden is eating well, and his parents describe him as strong, alert and enjoys playing with his 16-month-old sister Skye.Dr Peter Saunders, from the Pro Life Alliance Alive and Kicking, said: 'Mistakes are made in prenatal diagnosis and pressure is then put on parents to abort. 'The tragedy is that then totally normal babies are aborted. 'This case flies in the face of the government constantly denying that babies do not live if born before 24 weeks.'Jayden's survival underlines how wrong Parliament's decision last Tuesday was in not reducing the time limit to 22 or 20 weeks. 'The Government is in effect ignoring public opinion as the majority believe the abortion limit should be lowered.'Jayden's parents are now preparing for a 59-mile London to Southend bike ride to raise money for the special care baby unit at Whipps Cross University Hospital in east London, where Jayden was treated.