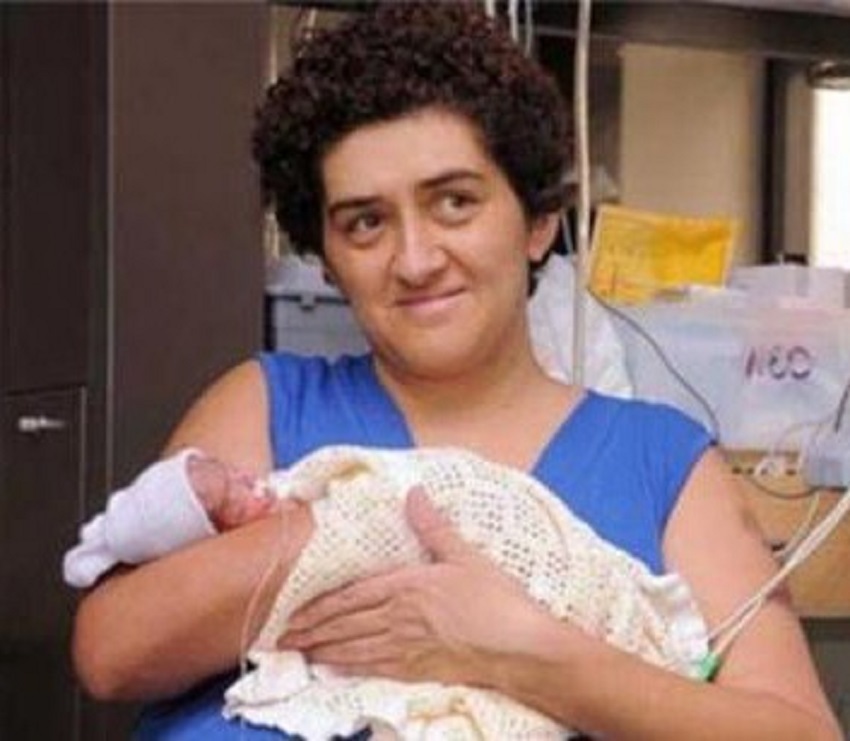 Doctors have saved the lives of a woman and her unborn child after performing a liver transplant on her while she was five months pregnant. Martha Pecarrere and her daughter Sofia would have died without the surgery, which has only been successfully performed five times across the world.The Argentine housewife was operated on after falling into a coma brought on by hepatitis six weeks ago.

Martha Pecarrere, pictured with newborn daughter Sofia Miracles, had a life-saving liver transplant while her baby was still in the womb. The procedure was a success - and baby Sofia Miracles was born weeks later weighing 2lbs. The delighted mother said last night:

It is a miracle that we're both alive. Sofia is beautiful.  She's only tiny because she was so premature. But she's doing really well and is putting on weight. Me and my daughter owed everything to doctors who were their 'guardian angels.

The mother-of-two was on holiday with her husband Ruben and three-year-old son Franco when she suddenly fell ill last December. She said: 'I was vomiting and my skin began to turn yellow. 'We called an ambulance and I passed through various clinics before falling into a coma. When I woke up two days later I had a new liver. She said she burst into tears of joy after she woke up and her sisters told her the baby had survived. Surgeons performed the transplant on December 17 at the Austral Hospital, in Pliar, 30 miles from Buenos Aires. The hospital said it was only the fifth time anywhere in the world that a mother and child have survived a transplant operation. Mrs Pecarrere remained under observation in the hospital until Sofia was born by Caesarean section a month after she fell ill. The proud mother has been released from hospital but her daughter will remain in hosptial until she reaches 4lbs 7oz. The 32-year-old said:

I asked them only to put my lower half to sleep, so I was able to see her come out, kicking and screaming.'I don't know who the donor was, but I would love to thank their family, for giving me the chance to live and to have my daughter. God and the medical team have given me the gift of life.

'Doctor Eduardo Schnitzler, the hospital's medical director, said: 'We are delighted to have been able to provide this treatment which was essential for the mother and the baby.'In medical history, there are only four previous cases where both mother and child have survived a transplant operation.'