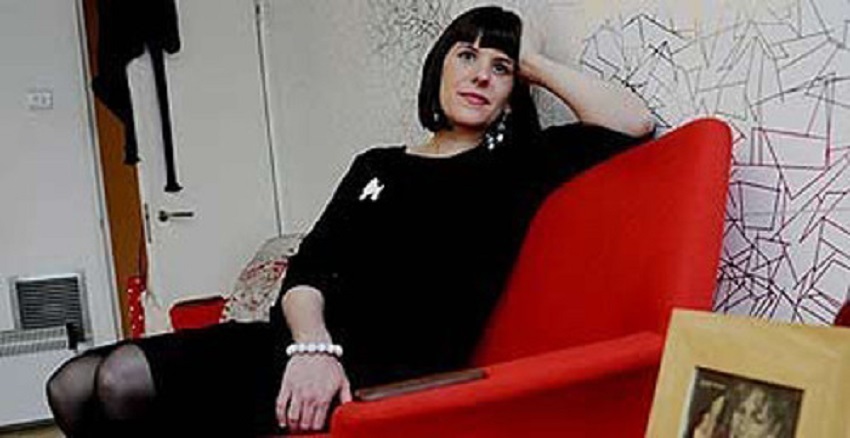 My baby, right or wrong

Rebecca Atkinson has not had her unborn baby tested for Down's syndrome. She knows some people will say that was irresponsible. But how, as a disabled person herself, could she let her child's physical condition decide whether or not it was born?

You're pregnant. Hurrah! Stand back and await the unsolicited tummy tickles from strangers and remarks that you are "freakin' massive" from old friends. Everyone is free to poke and ask and wonder. Have you had morning sickness? How much weight have you gained? Do you want a boy or a girl?

Questions, questions, questions. But if, like me, you are a disabled mother-to-be, there will be one more question from the well-meaning inquirer. Unlike the others, this may not actually be spoken, but it will be there, teetering on the tip of their tongue, while they wonder nervously whether it would be politically correct to take the plunge. What people really want to ask is: "Could that rogue of a gene that causes your sight loss have tumbled from one generation to the next, afflicting your unborn child with more than just your genetic predisposition for being bad-tempered or having big ears?"

The answer is that while it's possible, it's extremely unlikely. I've got Usher syndrome, a rare genetic condition that causes partial deafness from birth and the gradual loss of sight in adulthood due to an eye condition called retinitis pigmentosa. In short, I was born partially deaf and now I'm going blind. Doesn't sound very desirable, does it? To most it's the stuff of nightmares; as one father wrote on his blog after reading about the condition while researching what might have caused his son's deafness: "Usher syndrome gave me the experience that the cliche calls 'chilled to the marrow'. It's a cold start, a real glimpse of horror."

The condition is caused by a recessive gene, which means that for my child to be affected, my partner would have to carry the same gene. Scientists are still in the process of identifying the one or ones thought to cause Usher syndrome, so screening my partner or our unborn baby is currently not an option. But would I screen if I could? And if I could, what would I do with that information? Would I not have children if my partner was found to be a carrier? Would I terminate a pregnancy just because the baby was ... well, like me? Would I have IVF embryo screening to ensure that only "healthy" embryos were implanted?

Unfathomable as it may seem, the answer is no. The thought of having a child with Usher syndrome doesn't fill me with the fear or abhorrence that it does most people. For that perceived "horror", that "cold start", is me. My life. And who is best equipped to cast a judgment - one based on reality rather than perception - about the "quality of life" of a hypothetical unborn baby with Usher syndrome? The doctor? The scientist? The bio-ethicist? Or the person already living that life? While I'm not denying that living with dual sensory loss can be limiting and frustrating, I can't say that it is a life less worthy of existence than another. And to say that I didn't want a child like me would be to negate my worth and send myself to the bottom of the pile.

But this is all hypothetical, right? There are no tests for Usher syndrome and my baby is unlikely to be affected anyway. So what about the here and now? What about the ever-increasing prenatal tests that are available to expectant mothers?

Contraception and legal abortion have long provided women with greater choices over when to have a child; now medical science is fast extending our degree of choice over the type of child we want to have too. Today, prenatal screening for fetal anomalies, neural tube defects, Down's syndrome, sickle cell and thalassemia disorders are offered as standard.

While the idea of choosing the colour of your baby's eyes, gender or personality traits is still largely abhorrent, allowing parents greater choices in the ability of their unborn child, as opposed to any potential disability, seems logical to most. A survey on maternity by the Healthcare Commission found that, of the women who responded, two-thirds opted to screen for Down's syndrome, with rates in some centres as high as 97%. According to the National Down's Syndrome Cytogenetic Register, 94% of women who receive a pre-natal diagnosis of Down's syndrome terminate their pregnancies. If medicine can provide the tools, it seems the majority of us are happy to use them, especially if they can help avoid the "pain and suffering" and "low quality of life" which we so readily equate with disability.

But what if, like me, you know that impairment need not be synonymous with "low quality of life" and that the "pain and suffering" we seek to avoid are largely inflicted not by the physicality of the disability itself but by the negative attitudes of others? Does pre-natal screening still feel like logical scientific progress? Something I am happy to buy into to ensure my first-born is top-notch? Or is it just a covert attempt to purify the human race of folk who don't come up to scratch, veiled in the guise of parental choice?

Abortion has always been a clear-cut issue for me. I've shut the door in the faces of anti-abortion campaigners. I've kicked over the candles of vigil-holders brandishing plastic foetuses in tiny coffins as they heckled women visiting the abortion clinic near my home. I've always been a pro-choice feminist, firm in the belief that reproductive destiny belongs to the individual and choices to terminate should be made free from the value judgment of others. But as my 12-week scan approached I sat with a baby in my belly and a conundrum on my hands. I wondered about the little creature who was causing all that morning retching and midriff stretch. Would I - or indeed should I - take the test being offered for Down's syndrome? And if I did and the result was positive, would I/should I abort?

In my view, a decision to test rests on the premise that a baby with Down's syndrome is at worst something that needs to be caught in the net and disposed of, at best something that needs to be emotionally "prepared for" rather than just accepted as a child that falls on a different part of the spectrum of human life from the next. Once I had decided that, even if it were possible, I wouldn't be willing to test for my own impairment, or terminate a pregnancy on that basis, the decision not to screen my baby for Down's syndrome came easily. After all, if I feel it's wrong to value a "normal" life over and above mine, shouldn't

I extend that belief to all impairments, not just the one I know about because I have it myself?

There: I'd made the "individual choice" about my reproductive destiny that the pro-choicer in me believes in. I had decided there was no way I would terminate my pregnancy on a positive diagnosis, so finding out if the baby has Down's was rendered obsolete. Like the colour of its eyes, hair, or sex, I'll wait until it comes screaming into the world to find out. It was an easy decision to arrive at, but a much harder debate to depart from. For it is here, where pro-choice feminism collides with disability rights, that my once black-and-white views suddenly become grey and I'm left struggling with the question of whether abortion is always justifiable, after all. The very fact that the choice to screen exists means that the woman can never win. If you terminate, you are left open to the moral scrutiny of pro-lifers. And if you decline screening, as I have, or continue a pregnancy after a positive diagnosis, you are left wide open to a charge of moral culpability, of burdening society with a disabled child. So who, if anyone, is morally culpable here? For me, the answer lies not in pointing fingers but in questioning the perception of disability as synonymous with undesirability.

It's one thing if a woman is not ready for a baby: I stand by her right to choose in that instance. But is it OK to decide you are ready for a baby, get pregnant by choice and then terminate on the grounds not of your ability to be a parent, but of your desire to be a parent to a particular type of child? As science extends our capabilities to detect more and more conditions in the womb, as it inevitably will, I can't help asking if perhaps we should pause to ask if knowledge is always power. Should we have the right to determine who does and who doesn't get to inhabit the world? For, as my own father put it when I told him I wasn't going to screen his grandchild for Down's syndrome, "I'm so glad there wasn't prenatal screening when we were expecting you." If there had been, perhaps the genetically flawed person, the "glimpse of horror" that is me, would never have existed.