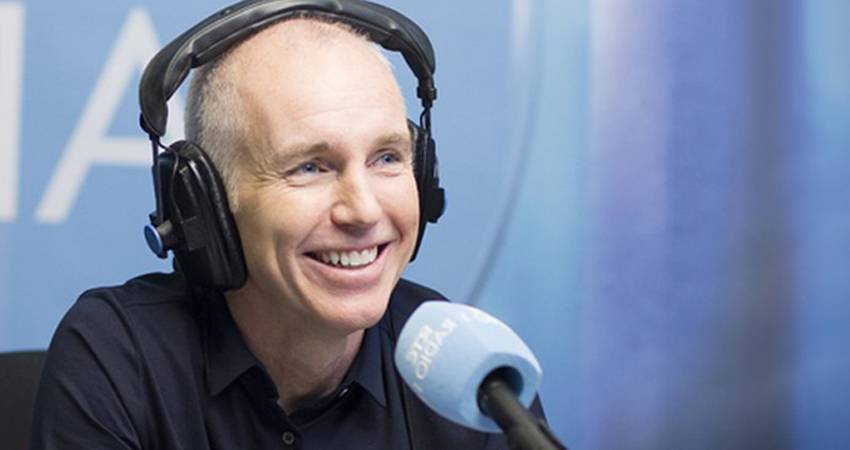 This week, media watchdog the Broadcasting Authority of Ireland (BAI) upheld complaints made against the Ray D’Arcy Show over an interview Mr. D’Arcy conducted with comedian Graham Linehan and his wife Helen.  The BAI found the incident to have been in violation of industry standards against media bias.

The October interview had to do with the Linehan’s involvement in Amnesty International’s campaign to legalize abortion in Ireland- especially in cases where babies are prenatally diagnosed with severe life limiting conditions such as anencephaly or Trisomy 13.   The Linehan’s had taken part in the Amnesty’s campaign to discuss their own child’s prenatal diagnosis with a severe foetal anomaly and their subsequent abortion in England, where they live.

A complaint was lodged with the BAI after Mr. D’Arcy’s interview with the couple that many felt was unfairly biased.  The complaint stated that the segment had been an “attack on the Eighth Amendment” of the Irish Constitution. The Eighth Amendment grants equal protection to both the mother and child under Irish law.

The BAI report states: “[The complainant] states that the interviews were soft in their approach and largely supportive of the views of the interviewees.”  It goes on to say, “The complainant asks why no balancing views were allowed and if ‘pro-life’ figures are on air, will they be treated to equally soft interviews?   This is the second time in less  than a year that Mr. D’Arcy was called out by the BAI for media bias.  He was similarly taken to task in December for an interview with Colm O’Gorman, Executive Director of Amnesty International Ireland on the subject of abortion.

The very tragic experience of the Linehan family made up a majority of the interview and, while this naturally should provoke empathy and compassion from the Irish public, the BAI rightly found that the way it was used was to “encourage support for the Amnesty International campaign” to repeal the Eighth Amendment of the Constitution.

Parent s who are told their baby may not live for long after birth should be offered the great possible care, compassion, and medical options that our society can muster. RTÉ has consistently refused to give equal access to parents who gave their babies the gift of time, and found that to be a real pathway to healing.   As Ireland has this important debate- especially as it concerns severely disabled children - the public clearly cannot rely on RTE to be a fair and unbiased media.  Considering our taxes are paying the inflated salaries of Ray D’Arcy and his colleagues, that needs to change – and RTE needs to stop acting as a mouthpiece for abortion.