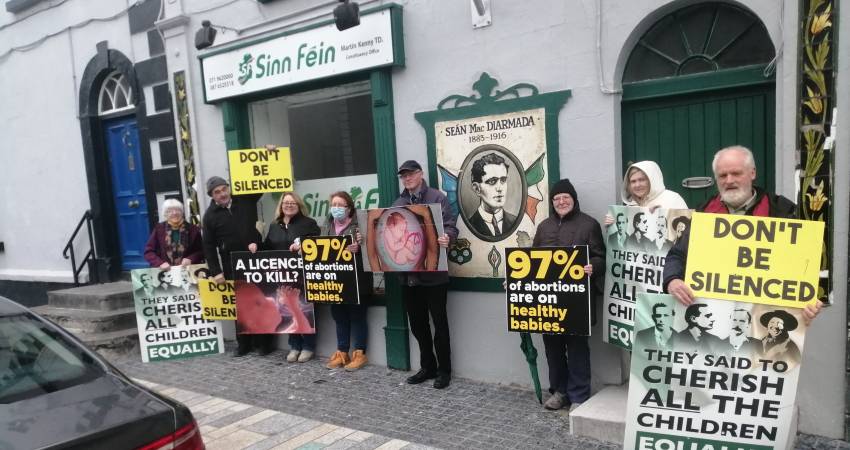 In light of Life Institute and Iona Institute's National Billboard Campaign to urge the public to rethink abortion, the Leitrim Branch of the Irish Catholic Association handed in a letter to their local Sinn Fein TD, Martin Kenny, in Carrick on Shannon, urging him to also rethink Ireland's cruel abortion regime.

The National Campaign involves the launch of billboards across the country that aim to bring to attention to shocking rise of abortion rates in Ireland – 13,243 in just the first two years of the regime. This has happened in spite of Leo Varadkar, the Taoiseach during the 2018 abortion referendum, saying that abortion would be 'rare'.

"There are aspects of the abortion regime which even many Yes voters would now consider require serious reconsideration and review," Niamh Uí Bhriain from the Life Institute said in a press release "No reasonable person wants more abortions to take place," she added.

The pro-life activists in Leitrim visited the TD at his local office, particularly highlighting that 97% of the abortions in Ireland were carried out on healthy babies. In the meantime they are also urging others to share their voice and to contact their TDs regarding these issues as the Abortion Review is approaching.