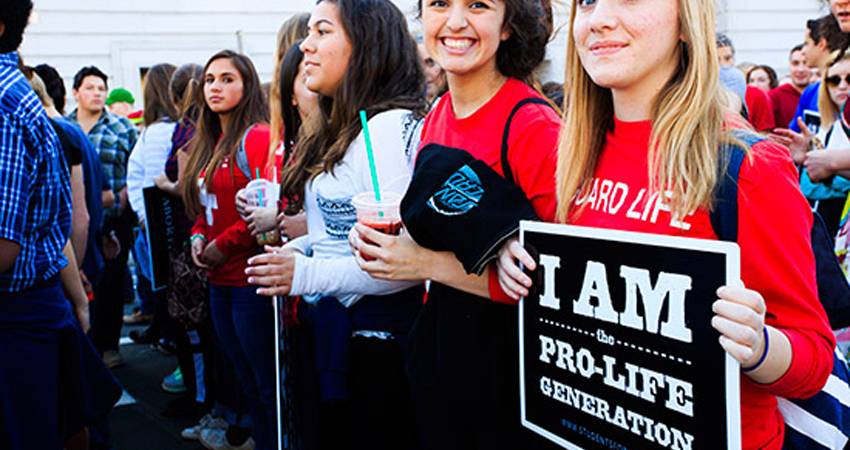 PR: Reversal of Roe v Wade would improve the human rights of women and children

Pro life group, the Life Institute, has joined with organisations across the country in welcoming the possibility of the reversal of the U.S. Supreme Court decision in Roe v Wade.

Spokeswoman Megan Ní Scealláin said that 50 years of framing abortion as a constitutional right had failed women and caused millions of babies to be lost to a false premise of choice. She said that Roe v Wade had led abortion to become a default option for society who had failed to offer women real supports and forced them to bear the burden of ending their child's life alone.

"The reversal of the decision in Roe v Wade now seems increasingly likely, and would send a powerful message in support of building a system of real choices based on compassion to the United States and to the world," she said.

"In contrast to what the establishment in Ireland are claiming, abortion does not empower women, and reversing Roe v Wade will not diminish us. Instead it should prompt our own government as well as Joe Biden's administration to seek better solutions for women, and challenge men to rethink their behavior and their responsibilities," Ms Ní Sceallaín said.

"There is so much to agree with in the leaked majority draft from Justice Samuel Alito," she added. "Yes, Roe was "egregiously wrong" from the start. Yes, it was ill conceived and deeply flawed. Yes, some of its supporters were motivated by eugenic and racist views - and, yes, a highly disproportionate percentage of aborted babies are black."

"Most of all, the Roe decision was wrong because it treated unborn children, human beings at the beginning of their lives, as non-persons - as something that could be killed for any reason and none, and that decision has been devastating for women and babies," the Life Institute spokeswoman said.

Judge Alito wrote that: "the inescapable conclusion is that a right to abortion is not deeply rooted in the Nation’s history and traditions," and we believe that the same could be said for Ireland. We have lost our way in taking away the right to life of the most vulnerable of our citizens but this Supreme Court opinion shows that bad decisions can be overturned."

Ms Ní Scealláin added that the unprecedented leaking of the Alito draft majority opinion was "hugely controversial" and said "it was to be hoped that the act was not malicious and intended to bully the Supreme Court justices into reversing their first opinion."