A powerful, compelling, must-see documentary from Tim Jackson tells the inside story of the 2018 abortion referendum - and offers hope in rebuilding a pro-life future.

Outside influence and interference

Commentator and reporter Tim Jackson investigates this and more in Ireland's Fall: The Abortion Deception, which looks at how the elites repealed the right to life of preborn babies.

He talks to campaigners, commentators and experts about the media campaign, the false narratives, and Big Tech interference in the vote.

This is the inside story of Ireland's abortion referendum - and the truths that Yes campaigners want to keep hidden. It's a gripping, exciting  documentary with some explosive revelations about the role that outside  interference played in the result of a vote that should never have happened: a vote on whether some people can be lawfully killed.

With this powerful new documentary, it's time for the truth to be told

In July 2021, RTÉ aired a pro-abortion documentary about the 2018 referendum which cost the taxpayer, through Screen Ireland, a whopping €165,000 - and also received massive additional funding from foreign outfits like George Soros's One foundation.

The decision of the national broadcaster to spend our taxes on pushing pro-abortion propaganda infuriated many - but instead of getting mad, it's better that we get the REAL story out there.

Over the coming months, as soon as Covid restrictions on indoor gatherings lift, we'll be screening this brilliant documentary around the country, for all to see.

In the meantime, we're launching  Ireland's Fall: The Abortion Deception online on September 21st - and we expect to reach over a million people eventually with the powerful truth about the 2018 referendum.

We can also send you a copy of the documentary on DVD if that suits better. Thank you for making this historic film possible.

Available on these platforms 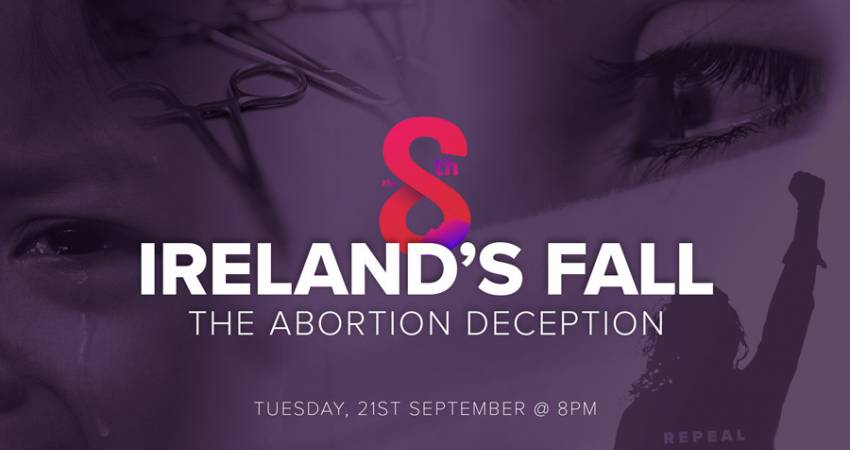