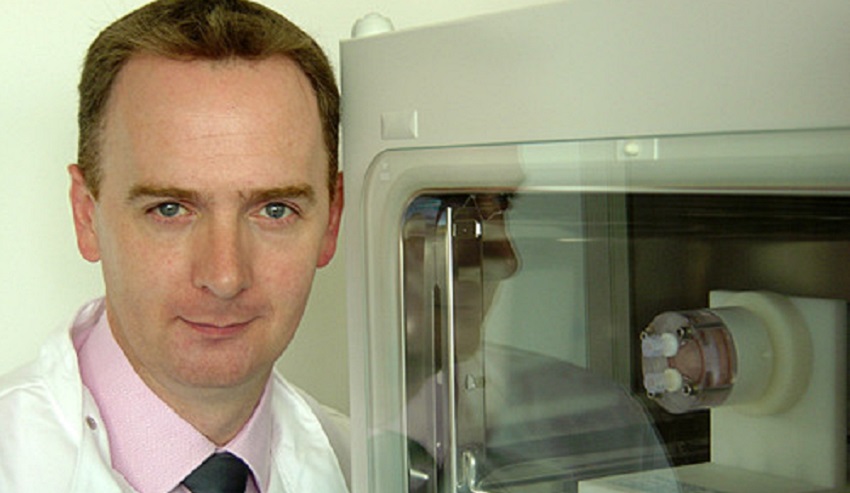 Dr. Colin McGuckin is the UK's leading scientist using stem cells derived from babies' umbilical cord blood in medical research. This method of extracting cells is similar to embryonic stem cells, but is far less controversial because no embryo is destroyed in the process. He has been working in the field of stem cell biology since 1988 and has become the most sought-after lecturer of stem cell research and one of the world's top experts in stem cell biology, tissue engineering, transplantation sciences and cancer treatment.

Dr. McGuckin founded the Stem Cell Therapy Laboratory in 1999, which specialises in stem cell research and regenerative medicine. This is the world's first organisation to characterise a harvesting and culture strategy to produce embryonic-like stem cells from the umbilical cord blood. In 2005, Dr. McGuckin and his colleages made a medical breakthrough, when they were able to create the world's first 'mini liver' from umbilical cord blood. Through this amazing discovery, Dr. McGuckin and his team have been able to take the stem cells from the umbilical cord blood and create small mini-livers, which pharmaceutical companies are able to use for testing new drugs on.

Dr. McGuckin said, "Our research indicates that cord blood has an amazing capacity to develop into a wide range of human tissues including blood, blood vessel, liver and nervous tissues," he went on to say, "This research could have a huge impact not only on treating human disease, but also provide human tissues for drug development and testing, removing the uncertainty of whether new drugs will have side effects.Things like umbilical cord blood have made an amazing contribution towards therapies. There are now over 85 conditions treatable or supportable with cord blood."

Dr. McGuckin is currently the director of the Cell Therapy Research Institute in Lyon, France, which is one of the world's largest adult stem cell centres. He is the president of Novus Sanguis, a charitable consortium for regenerative medicine. He is a freelance journalist and works with TV, radio and print media and believes in promoting medical and scientific research understanding to the public. He has delivered lectures at some of the world's leading research institutes and has been invited to speak at various forums at the European Parliament, Bundestag German Parliament, Austrian Parliament, French Senate, and at the US Senate on Capitol Hill.

Dr. McGuckin continues to make a major impact in the field of stem cell research. He recently visited India to share his plans on integrating new scientific technologies, which may substantially speed up treatments for life-threatening illnesses, injuries and disabilities. He has developed a unique expertise, which will enable the science of cord blood stem cells to be rapidly advanced for clinical use in the near future.