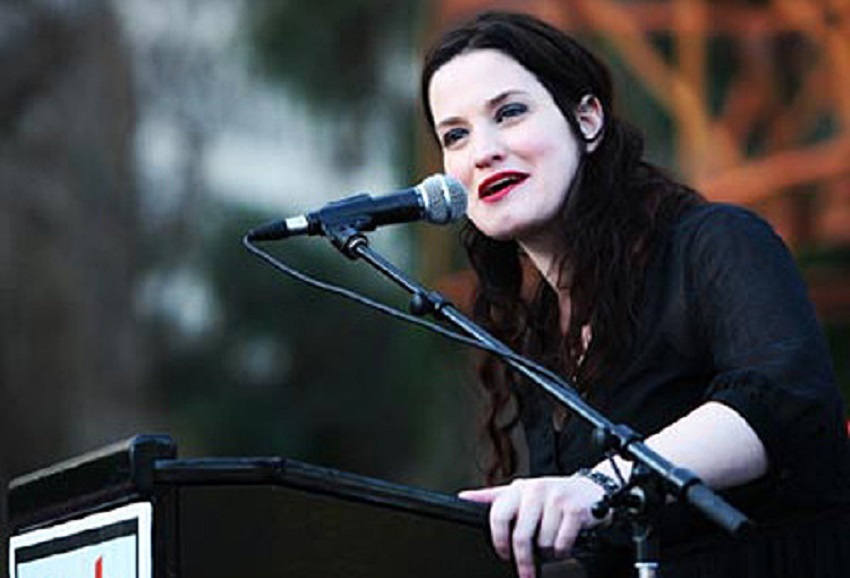 Gianna Jessen does not quit. Giving up is not an option for her. Gianna has what she refers to as the "gift" of Cerebral Palsy. She weighed a mere 2 lbs at birth and the doctors said she would never be able to hold up her head, sit up, crawl or walk. She began to walk by the age of three years old with the help of leg braces and a walker.

Gianna's biological mother was 17 when she had a saline abortion in her third trimester. Many Americans don't realize it is legal to have an abortion throughout all nine months of pregnancy. After being burned alive for approximately 18 hours in the womb from the saline solution, Gianna was delivered alive in a Los Angeles County abortion clinic. Her medical records state, "born during saline abortion"...this is what caused her Cerebral Palsy.

Gianna shouldn't be walking, nor should she even be alive. But she is a Christian and believes that her life was given to her by the grace of God, and because she was given this gift, she has given her life to promote the sanctity of all human life and to speak out against the scourge of abortion. Gianna still walks with a slight limp today, but doesn't believe that her Cerebral Palsy takes away her life, rather, enriches it.

Gianna's life has been covered by many major news media outlets, including, most recently, the BBC News and World Radio, Sky News, and The Good Morning Show in England, reaching many people with a message of hope and conviction. In November 2005, Gianna spoke in several colleges all over Ireland and in December of the same year, spoke at a meeting held at the House of Commons in London. She has returned to England this year to speak in several parochial and public high schools.

Gianna's audiences include: churches - church youth crusades and women's ministry retreats; various corporations as a motivational speaker; secular and Christian youth organizations and schools – middle school age through college, as well as several times before Congress - most recently having her testimony read before the Supreme Court in Carhart v. Gonzales.

Gianna puts a human face to the whole debate, which so often and easily forgets that in every abortion, an individual human being's life is e