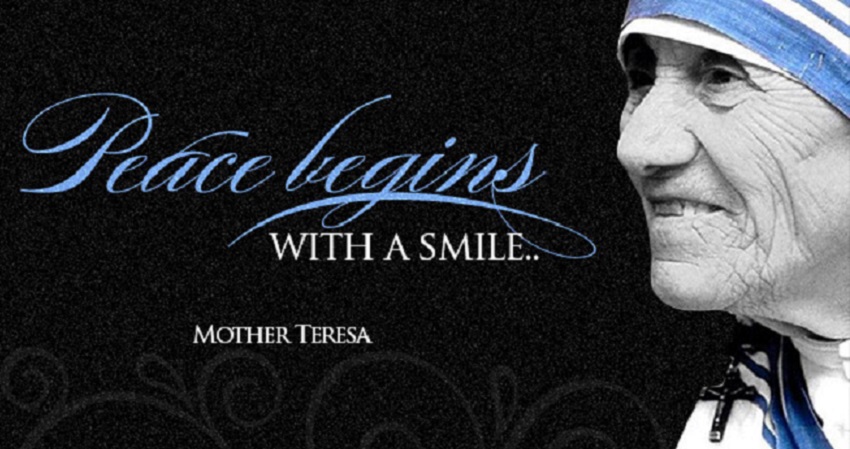 Mother Teresa is the Catholic nun who founded the Missionaries of Charity in Calcutta, India in 1950. For over 45 years she ministered to the poor, sick, orphaned, and dying, while guiding the Missionaries of Charity's expansion, first throughout India and then in other countries. She won the Nobel Peace Prize in 1979 for her service to the poor. After her death, she was beatified by Pope John Paul II and given the title Blessed Teresa of Calcutta.Mother Teresa spoke out against abortion on many occasions.

She said, "The greatest destroyer of love and peace is abortion, which is war against the child. The mother doesn't learn to love, but kills to solve her own problems. Any country that accepts abortion is not teaching its people to love, but to use any violence to get what they want."

She also spoke about the protection of the family and how contraception and abortion cause destruction. Mother Teresa said, "The way to plan the family is natural family planning, not contraception...This (use of contraceptives) turns the attention to self and so it destroys the gift of love in him or her. In loving, the husband and wife must turn the attention to each other as happens in natural family planning, and not to self, as happens in contraception. Once that living love is destroyed by contraception, abortion follows easily . . . And abortion, which often follows from contraception, brings a people to be spiritually poor, and that is the worst poverty and the most difficult to overcome."