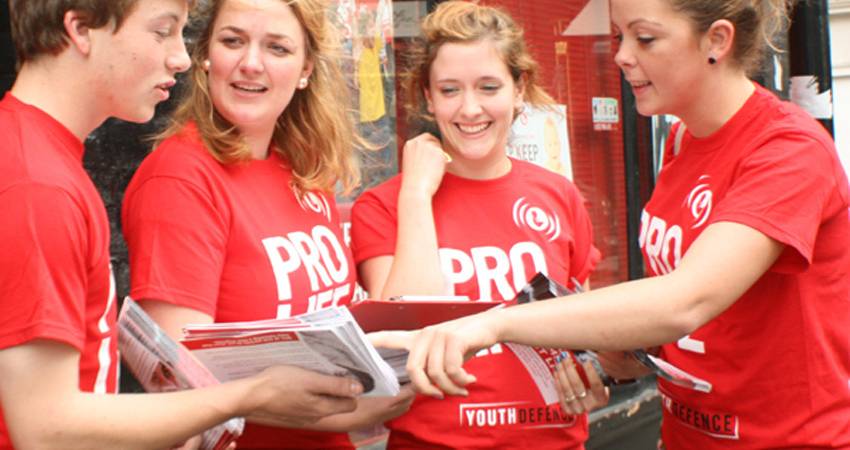 The Opinion Line on Cork’s 96 FM has apologised to Youth Defence for allowing false allegations to be made against the pro-life activists, and have also acknowledged that Youth Defence “are persons of good moral character”.

In a long and mostly hostile interview with Tim Jackson in September, PJ Coonan of the Opinion Line had a caller, Vanessa, on air who made a series of allegations against pro-life people in general and Youth Defence members in particular.

Vanessa falsely claimed that after she had gone public about her abortion, members of Youth Defence had come into her job and tried to get her fired. The show never followed up on the outrageous – and wholly untrue – allegations, but we did. We rang the Garda station when the complaint was supposedly made, there was no record of the complaint. We sought the CCTV evidence supposedly showing this horrendous behaviour: to no-one’s surprise it couldn’t be found. The station then agreed to read out the following apology:

“A caller to this programme made allegations against Youth Defence on Wednesday 20th of September 2017, including one that Youth Defence tried to have her fired from her job. We wish to clarify that there is no evidence to support these allegations. We accept that members of Youth Defence are persons of good moral character and regret any distress caused.”

We will not allow abortion campaigners to attack the good name and character of our activists, and we will continue to take steps, and legal action if required, if their good name is impugned simply because they want to protect mother and baby.