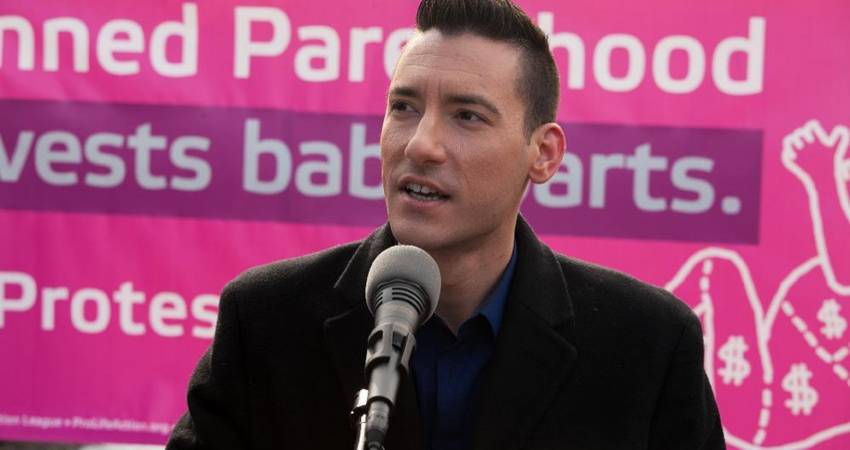 Attorney General Becerra didn't just receive a 100% rating from Planned Parenthood and NARAL Pro-Choice America in 2012 when he was a Democrat party congressman, he also received thousands of dollars in campaign contributions from the organisations, directly benefitting from the industry he attempted to punish Daleiden for exposing.

Beginning in July 2015, Daleiden began rolling out videos of meetings with Planned Parenthood senior staff where they discussed fees for organs of abortion victims. The footage, fruit of a laborious thirty-month investigation, was peppered with extraordinary admissions and soundbites so vile that they instantly became part of the language, such as that from Mary Gatter, president of the Medical Directors’ Council at the Planned Parenthood, who said when haggling over baby body parts, “I want to buy a Lamborghini”.

Dr. Lisa Harris was filmed telling her colleagues that "killing" is "the most important thing I could do with my life," and Renee Chelian, a clinic owner, was caught saying that burning aborted babies' bodies to generate electricity is "a great idea." Horrifying discussions were held on methods of keeping livers and other organs intact and the price for tissue from babies killed in Planned Parenthoods clinics. It is illegal in the US for Abortion clinics to profit from the sales of body parts.

Daleiden and Merrick were the targets of a furious backlash from the powerful abortion provider. Their homes were raided and film confiscated on the orders of state law officials who had either received Planned Parenthood donations or sat on the board of its local affiliates. Planned Parenthood gets $500m in tax funds and contributes $38 million to Democratic Party election funds, mostly directed at  helpful officials.

Because Daleiden and Merritt had signed a non-disclosure agreement when attending the Planned Parenthood’s annual expo to tissue parts buyers, they were targeted with an injunction suppressing much of the videos. That meant that some of the most damming conversations were only released in May this year, four years after filming.

In January 2016 a Grand Jury in Harris County, Texas that had been convened to investigate the Gulf Coast Planned Parenthood was used instead by District Attorney General Devon Anderson to file charges against Daleiden. The Assistant District Attorney Lauren Reeder was a board member for Planned Parenthood of the Gulf Coast since 2013 and Anderson was infamous for having prosecuted abortionist Douglas Karpen so poorly that he was acquitted despite clear evidence he had, Gosnell style, cut the necks of babies born alive during illegal late term abortions. Anderson had received  $25,000 in campaign donations from Karpen's defence lawyer.

The charges against Daleiden and Merritt of attempting to solicit a sale of human organs, and for tampering with government documents by using fake driver’s licenses as part of their undercover investigation were all thrown out by judges over the course of that summer.

The California prosecution began that April, initiated by now US Senator Kamala Harris when she was California Attorney General and had received a campaign donation of $15,000 from Planned Parenthood. That prosecution has now hit a wall though Judge Hite has not fully dropped the charges, giving prosecutors the opportunity to amend or re-enter the charges.

READ about the exposure here and WATCH the videos