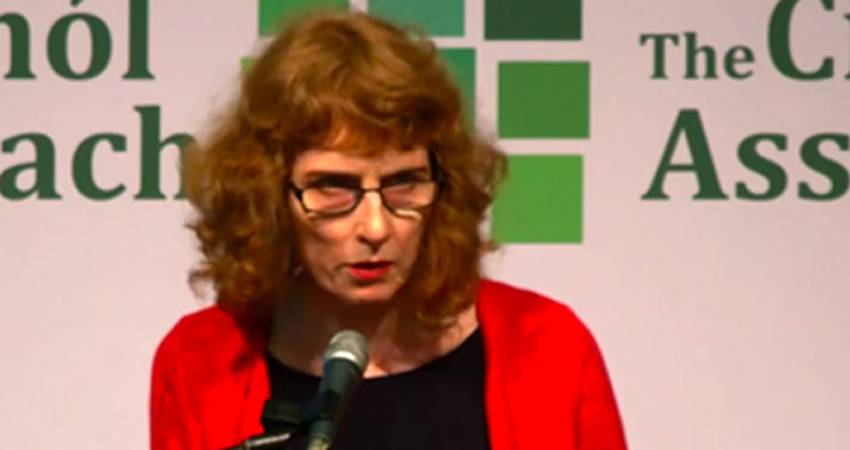 The Citizens Assembly also hosted a robust debate between Dr Helen Watt, who advocated for the right to life of unborn children and mothers, and Professor Bobbie Farsides who is pro-abortion and a member of BPAS, the abortion provider.

Dr Watt stressed in her presentation that "Any baby, born or unborn, has objective interests in her own future life: interests of a kind no less real for the fact she cannot yet assert or understand them." She said that human rights were not affected by a condition which was life-limiting, and pointed to research which showed a higher level of distress for women who had an abortion after such a diagnosis.

She said that the slogans ‘trust women’ or ‘trust parents’ assumed that people never made bad decisions, and we did not apply that line in other situations because it was not the case that people always make the right decision.

Dr Watt said that where a child was at risk for example, that slogan would not be sufficient. She also pointed to the situation in India where babies were aborted simply because they were girls, and asked if we would simply say ‘trust parents’ to decide if their child could be aborted for being the wrong gender.

“Support parents, of course,” she said. “But we don’t own our children’s lives, before or after birth.  We all make moral mistakes, and the law has to take a view on protecting human rights.”   She also answered a claim from Professor Farsides who said that no-one has the right to attach themselves to another and become dependent on them for 9 months and then for the rest of their lives. Dr Watt said that pregnancy was basic bodily support, like breast-or bottle-feeding, and that a pregnant woman was not a 'foetal container', any more than a breastfeeding woman was a 'milk supply'. In both cases, she was simply a mother nurturing her baby. Nor was it necessary to choose to be a parent in order to be one: fathers were rightly expected to support their children financially even if they did not choose to conceive those children. Society should support both men and women in stepping up to the plate and help them to act like the parents they already were.

WATCH the VIDEO below:

WATCH the Q&A Session below