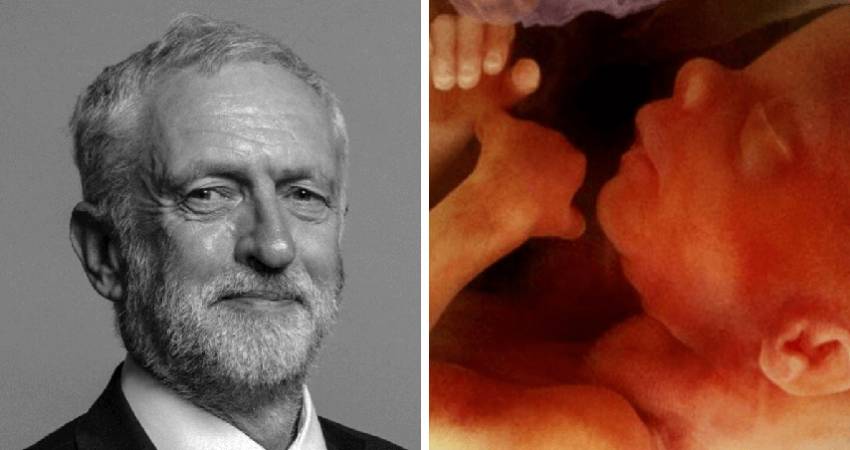 Early yesterday morning, Labour released their manifesto, highlighting what they plan to implement into the UK should they win the election. When searching their manifesto for 2019 online, the headlines appear to focus on the topic of how Labour pledge to bring hope to Britain, yet it is not so easy for pro-lifers to find out their stance on abortion. In fact, in the manifesto itself, the word “abortion” is only used twice throughout the entire document; and you have to read carefully to find it.

What comes to readers as a complete shock is the declaration on page 48 stating that Labour “will uphold women’s reproductive rights and decriminalise abortions”. There is no specific statement saying how far Labour wish to take this decriminalisation of abortion, but at the same time it does not highlight any limitations to their plans on abortion, and therefore can only be interpreted as a full decriminalisation of abortion for any reason up until birth. This would be the most extreme abortion law brought into the UK, in which a survey by Savanta ComRes from 2017 suggests that only 1% of the population is in support of.

Additionally, the Liberal Democrats also released their manifesto yesterday morning. As highlighted on page 61, their suggestions for abortion in the UK is not as extreme as Labour’s, however, they do seek to decriminalise abortion for any reason up until 24 weeks. They further vow to to fund abortion clinics so that clients may receive free services, as well as providing so called “safe zones”, to prevent women from receiving help and support they would not otherwise receive from pro-lifers, who respectfully approach them on the streets.

These manifestos were released only a day after a report on the abortion statistics in the UK in 2018 was released, revealing a worrying increase in repeat abortions compared to previous years. The report showed that 718 women, including five teenagers, had their sixth abortion, whilst 143 women, including one teenager, had their eight abortion.

“The results from this report are both shocking and heartbreaking” says Niamh Uí Bhriain “It is terrible that so many women are having repeat abortions, and no one seems to ask why this is happening. This is most likely a sign of domestic abuse.. Abortion has not and never will protect these women, but only sends them back into the arms of their abusers to be victimised again.”

In light of this news, UK pro life organisation such as the Society for the Protection of Unborn Children (SPUC) and Right to Life UK are encouraging pro-lifers to use their vote in this election in favour of the pro-life cause.

Right to Life UK have set up a “Both Lives Pledge” encouraging voters to reach out to their local candidates and asking them to sign a pledge that favours three pro-life policies: ending the discrimination of baby girls in the womb, lowering the abortion limit, and ending pregnancy discrimination towards women.

Additionally, SPUC have provided on their website the voting history of the current standing MPs, stating whether they voted in favour of life or not. They also encourage pro-lifers to contact their local MP candidates asking for their position on the issues of abortion and euthanasia, and then to present that information back to SPUC so it can be shared with other pro-lifers in the constituency.

Alongside SPUC and Right to Life UK, we encourage anyone eligible to vote in this UK election to make their vote in favour of life, protecting the most innocent and vulnerable people in society