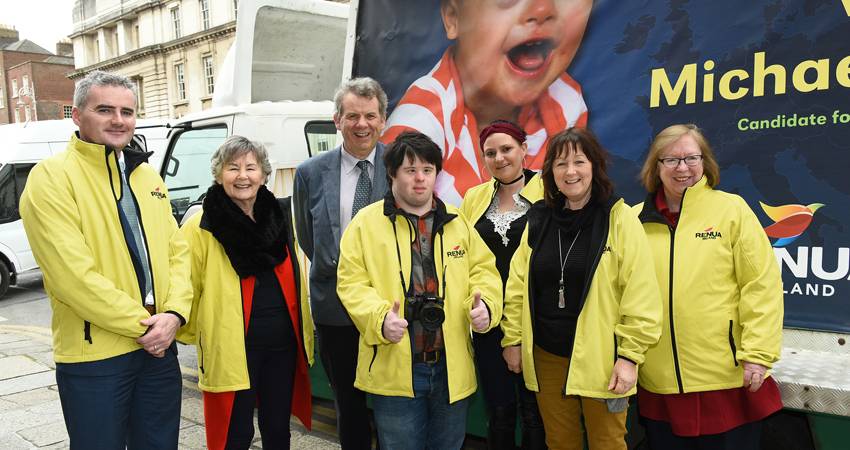 Michael O'Dowd, the Renua candidate for the European elections has launched a new billboard as part of his campaign which seeks to ensure that babies with Down Syndrome are not eliminated by aggressive pre-natal screening programs.

The billboard points out that Big Pharma is making €592 million from aggressively promoting screening, but they are under no obligation to take any responsibility to ensure parents are provided with up-to-date, factually correct information about the conditions involved.  Mr O'Dowd, a long-time disability rights campaigner, said this needed to change.

"We have an industry here, the prenatal screening industry, that's making a small fortune from identifying children who have Down Syndrome thus ensuring they are terminated," he said. "That's not good enough, we need to make sure they realise they have responsibilities."

"On World Down Syndrome Awareness Day, I am asking the government to take steps to ensure that screening isn't used to eliminate people with Down Syndrome, like my son Conor.

They can do this by ensuring that the providers of prenatal tests are obliged by law to provide supportive, accurate and positive information to parents where baby is diagnosed with Downs baby -  so that parents are told about the possibilities and the improvements in outcomes and the joy instead of the negative, outdated responses they are hearing now which is leading to 90%+ of babies with the condition being aborted."

Chloe's law requires "health care practitioners to disseminate information relating to Down syndrome and imposes duties on the Department of Health."

It states that "A health care practitioner that administers or causes to be administered a test for Down syndrome to an expectant or new parent shall, upon receiving a test result that is positive for Down syndrome, provide the expectant or new parent with educational information made available by the department, including educational and support programmes."

Mr O'Dowd said that screening companies could also make financial contributions to programmes which sought to make opportunites available to people with Down Syudrome who are making great strides in education and careers.