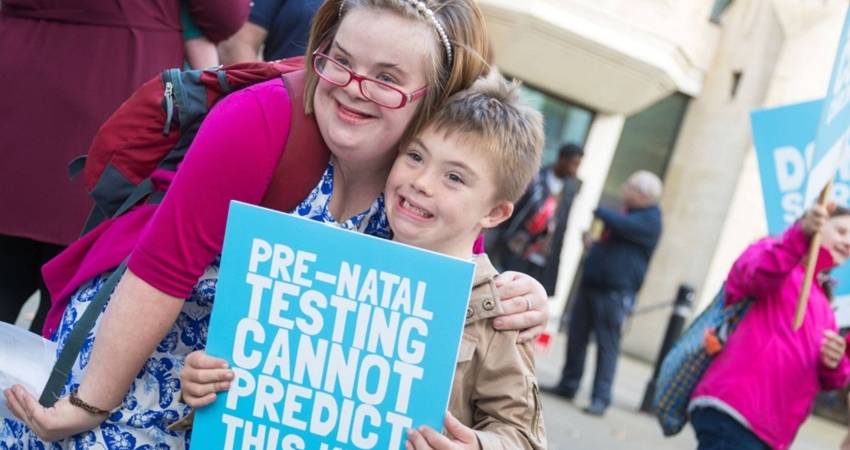 Heidi Crowter, a woman with down syndrome, has launched a case against the UK government for discrimination against those with disabilities

Recently, The United Nations Committee on the Rights of Persons with Disabilities had advised the UK government to change it’s law on abortion in regards to the case of a disability. Whilst the current UK abortion law allows abortion up to 24 weeks, in the case of disability, abortion is allowed up until birth. However, the UK government have chosen to ignore this recommendation from the committee.

Heidi Crowter, a woman with Down syndrome, is taking the UK government to court for not taking this advice; ultimately choosing to keep in place their discriminative abortion laws towards those found to have a disability, while in utero. Down syndrome and a cleft lip are conditions considered to be disabilities which this harsh abortion regime includes. Crowter states in her crowdfunding page, that the reason the committee advised this change in the law was so that “people like me aren’t singled out because of our disabilities”.

This pro-life news is welcomed as a case like this has not been seen before. Crowter explains that this discrimination against people with disabilities suggests that their lives is not as valuable as others; yet she is proving the government wrong. Her courageous actions itself are living proof that disability does not determine our value or capability, making her an inspiration to us all.

Crowter has asked for support and donations; she has launched a Crowdfunding page to help raise £20,000 to help cover the costs of the forthcoming legal proceedings. This page can be found here: https://www.crowdjustice.com/case/downrightdiscrimination/