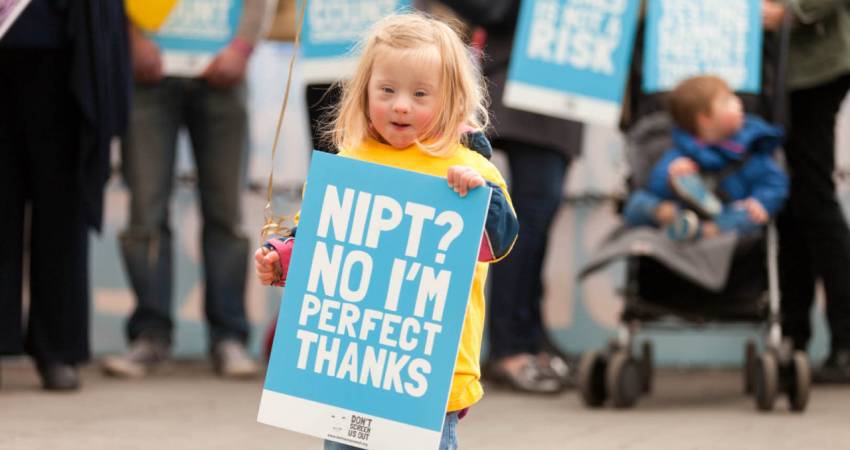 A bill that would seek to amend the current abortion law in Northern Ireland that allows for abortions in the case of when the child is diagnosed with a disability in the womb, has passed Committee Stage at the Northern Ireland Assembly.

According to disability rights organisation, Don't Screen Us Out, abortion is currently legal in Northern Ireland up to birth for babies who are diagnosed with a disability in the womb, after the British Government imposed their abortion regime on the region in 2020. This would include babies diagnosed with Down's Syndrome, a cleft lip, and a club foot.

The Severe Fetal Impairment Abortion (Amendment) Bill would seek to amend the imposed law to prevent abortions being performed on a child diagnosed with a "non-fatal disability" in the womb. Proposed by MLA, Paul Givan, tt has passed Committee Stage and will now proceed to Consideration Stage.

Out of the 9,125 submissions to the Northern Ireland Committee for Health consultation on the Bill, 9,084 (99.55%) were in favour of the bill, an overwhelming majority, whereas 36 were against, and 5 were neutral.

Earlier this year, over 26,000 members of the public, with 1,608 people with Down's Syndrome and their families, had signed a petition urging the Northern Ireland Assembly to support the Bill. Back in 2020, Heidi Crowter, a woman with Down's Syndrome and a disability activist, had also called for Stormont to opposed Northern Ireland's abortion law that allow for abortion in the case of a disability up till birth.

“We are delighted to see the Bill pass Committee Stage and see it one step closer to changing this law. It’s also amazing to see that an incredible 99.6% of the 9,125 submissions to the Northern Ireland Committee for Health consultation on the Bill supported this important law change. Simply, by removing a small discriminatory clause, this Bill provides an opportunity to sever the connection between congenital disability and abortion, signalling a greater acceptance of people such as those who have Down’s syndrome. We look forward to an open debate and discussion on the issues in the coming weeks, with the ultimate hope that the Bill will be passed, and the Down’s syndrome community will have something to celebrate,” said spokesperson for Don't Screen Us Out, Lynn Murrary, who is also the mother of Rachel, who has Down's Syndrome.

John Wyatt, Emeritus professor of Neonatal Paediatrics, in University College London also spoke on the news. “As a doctor who has cared for many newborn babies and older children with disabilities, I strongly support this Bill. It is absolutely right that the law recognises that an unborn baby with a non-fatal disability deserves the same protection as an unborn baby without a disability. We should be a society which welcomes and celebrates the lives of children with disabilities rather than exposing them to the threat of abortion,” he said.

Families in Northern Ireland have welcomed the passing of the Bill to the next stage with joy. “It’s welcome news to hear that this Bill is one step closer to becoming law. When Aaron was 4 weeks old we were told he would need surgery on his heart at 6 months old. He has 3 holes in his heart, a VSD, ASD and PDA. Aaron was sent home with a feeding tube and meds and we were told to prepare for his surgery at 6 months old. Nearly 6 years later and he is amazing his consultants and has still avoided surgery. Aaron is a loveable, strong and determined little boy. To think that now a baby like Aaron could have his life ended because of Down’s syndrome breaks my heart. He has shown that he is strong, able and determined from day one,” said Lisa Allen from Belfast, whose son Aaron has Down's Syndrome

Sara McNeill from Ballymena, another mother whose son Tom also has Down's Syndrome said: ”It’s so encouraging to see the public get behind this important law change with an incredible 99% of submissions supporting the Bill. Tom is the best thing about our lives and has brought so much happiness to our whole family connection. So I would urge any parent faced with the decision of what to do, not to be blinded by poor, outdated preconceptions of what Down’s syndrome is. I thought our outlook seemed bleak when our doctor first shared her suspicions about our brand new baby… but now I know better”.

Pro-life group, Precious Life said that "if the bill to protect disabled babies succeeds, then our next step must be to ensure that all unborn babies are protected in Northern Ireland."