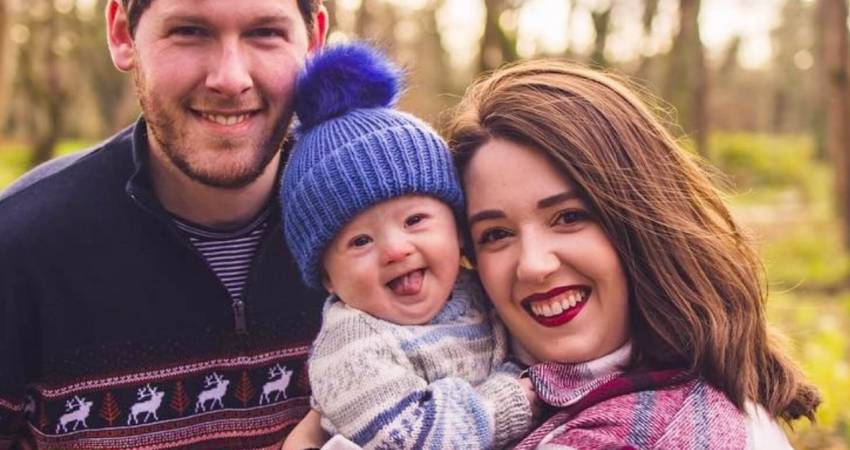 'Don't be afraid': Mum of child with Down's syndrome records heart-warming song to spread positivity and give hope to parents

In light of Northern Ireland seeking to ban abortions on grounds of a non-fatal disability, including Down's syndrome, Sara McNeill wrote a heart-warming song in celebration of her son's, Tom, first birthday. Tom was diagnosed with Down's syndrome when he was born.

Sara told Belfast Live that she had an uneventful pregnancy, so the diagnosis came as a surprise to her and her husband Peter. She says that she was scared to begin with, but now wants to spread a message of positivity of having a child with Down's syndrome, to give hope and reassurance to other parents.

“The scary thing was we didn’t know anything about Down's syndrome so the first thing you do is you skip forward 20 years and you think, what is this going to be like.” She told Belfast Live. "But now we know a bit more, we’ve connected with other families and we know that early intervention is key with physio and speech therapy and now we know better I want to help other new parents."

"For me it’s been whenever your baby is born you’re given leaflets and things about the medical side of things you need to check out, for example, heart problems are common, but for new parents now it's great for them to find pages like mine where they can just see videos of Tom looking cute and smiling and just a happy wee boy."

"If we could have watched a video like the one we made the day he was born we just would have felt so much better, so that’s what we want to do to help other parents who got the surprise we did. I’ve already had some lovely messages from parents thanking us so much for sharing an insight into Tom’s life and that just makes it even more worthwhile."