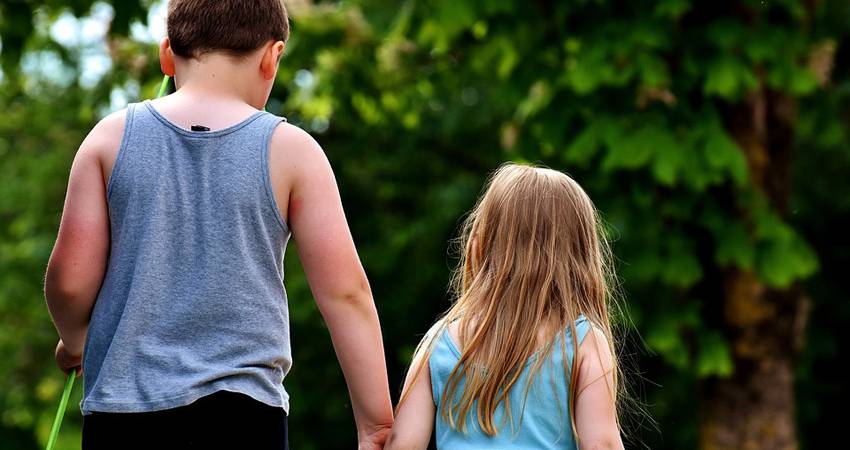 Parents have been urged to make their voices heard on a “major redrafting” of the sex-education curriculum for Irish schools – or face being “disempowered” regarding what their children learn in school, according to parents groups and teachers.

Gript reports that "the Vice-President of the Catholic Secondary Schools Parents Association (CSSPA), Alan Whelan, said that parents were able to make submissions to the consultation being managed by the National Council for Curriculum and Assessment (NCCA) by November 5th  – and urged them to do so as “the NCCA seemed inclined to ignore parents’ role as primary educators of their children”."

Note that parents must email a submission to SPHEdevelopments@ncca.ie (while students and teachers can make a submission online). See a SAMPLE SUBMISSION BELOW

Parents are rightly concerned that new proposals may include the promotion of abortion as "healthcare" or a "positiive choice" to scholol students - whatever the ethos of the school.

Mr Whelan, who is a teacher and was formerly a school principal, said that the “NCCA as an organisation does not engage with or represent parents with students in the 341 Catholic CSSPA second level schools, which is 50% of the nation’s secondary schools.”

“Clearly NCCA has wrapped itself in a thin parental cloak which is totally out of touch with the many parents who contact us day to day with concerns at their exclusion from any meaningful parental voice in respect of general school ethos” added Mr Whelan.

He said that the NCCA’s consultation regarding Relationships and Sexuality Education (RSE) in schools was “seriously flawed” and listed three keys areas for concern:

1. Parents were being excluded from the process – with a focus on surveying “teachers, students, and ‘those working with the support services’ and other adult stakeholders” without reference to parents. “It is not only unacceptable that parents are blatantly excluded from RSE consultations, but contrary to the natural and constitutional rights of parents, who should have an integral role in the development of SPHE and RSE.  This failed approach by the NCCA needs to be corrected as a matter of priority,” Mr Whelan said.

2. He also pointed to the absence of any male presence on the thirteen member SPHE/RSE Development group tasked with formulating a new compulsory curriculum foer sex education. “Without any sense of irony, this all female RSE group uses hashtags to highlight the use of the principles of “equality” and “inclusivity” in its approach to the RSE curriculum.  The NCCA seems to have ignored the reality that the gender composition of the RSE Group is inequitable, discriminatory and unbalanced.   It is unacceptable that the group charged with developing the new RSE programme for Secondary Schools is lacking the input of a male point of view, which is required to bring a balanced approach to the sensitive area of sexuality education, which intimately concerns both genders,” he said.

3. Mr Whelan said that the ethos of schools was being ignored, as were the views of thousands of parents who had previously made submissions in favour of upholding the ethos of schools with respect to the new RSE programmes. He said that despite assurances from then Minister for Education Joe McHugh in 2019, “RSE resources which have been published to date promote gender and LGBTQ ideology”.

“The new SPHE/RSE Toolkit resources on the NCCA website provide clear evidence that it is promoting gender and LGBTQ ideology from Junior Infants upwards. The RSE resources place an unbalanced emphasis on sexual orientation and gender identity which could cause confusion to young children. An LGBTQ activist on the Primary School RSE Curriculum Development Group promotes the ‘Queering the Curriculum’ agenda, and has drafted curriculum resources promoting gender and LGBTQ ideology on young children from Junior Infants upwards,” he said.

Teachers are now being advised to introduce transgenderism to children in Junior Infants in new guidelines from the National Council for Curriculum and Assessment (NCCA) and the Irish National Teachers Organisation (INTO).

The INTO has drawn up a list of reading materials on the topic saying the books and accompanying exercises for Junior and Senior Infants seek to encourage school children “to challenge their own concepts and ideas” around gender identity – whether they feel they are actually a boy or a girl.

The NCCA needs to address “the fact that the  Primary and Secondary Schools SPHE Curriculum Development Groups are unbalanced, discriminatory and unfit for purpose and need to be reconstituted so as to include more male input, ensure that the major national parent groups, including the Catholic Parent body, are included in a meaningful way, remove from its website, and from teachers’ Professional Development website, RSE curriculum resources which are in contradiction of parent’s values; respect the ethos of schools,” Mr Whelan said.

The NCCA asks for just two questions to be considered:

A SAMPLE SUBMISSION WE RECEIVED FROM A PARENT

As a parent, the first observation to be made regarding this consultation is that parents seem to be deliberately excluded. You say that the "experiences of teachers and students in Ireland" will be taken into account but parents - who are the constitutionally protected primary carers for our children - are not mentioned.

We know what values we want our children to have, and we know better how to best support the wellbeing of our children. This patronising attitude and very obvious attempt to exclude and disempower parents is unacceptable .

You have asked these two questions be considered:

1. Having read the above, what stands out for you as the most important consideration in updating the junior cycle SPHE curriculum?

I give no permission for the NCCA or any lobby group to decide what values should be taught to my children.

Similarly, my children attending secondary school should not be taught to watch pornography, or that abortion is a positive choice, or that gender does not exist.

The point is that these values come from the family, and are decided by the family, not the NCCA, though schools can have a positive input. The lack of consultation with parents in regard to proposed radical changes to RSE/SPHE  is deplorable.

2. Are there further suggestions or considerations that you would like the Development Group #to consider when updating junior cycle SPHE?