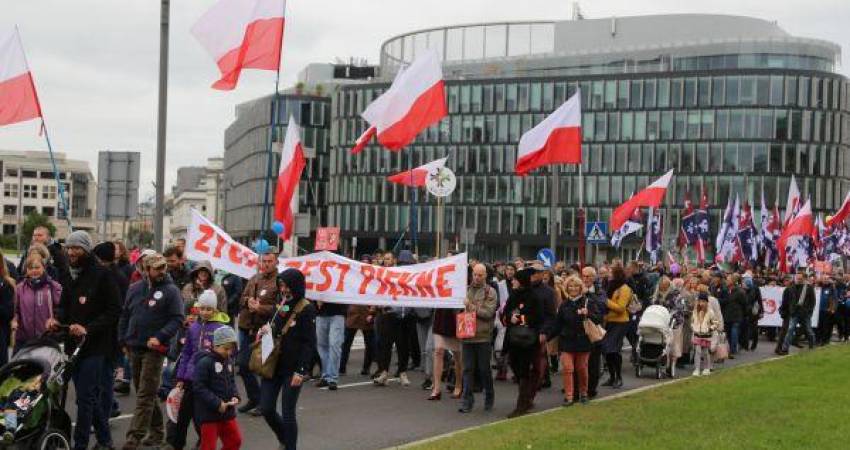 Thousands gather for March for Life and the Family in Poland

According to CNA, the organisers of the March estimate that approximately 5,000 people gathered together in Warsaw to attended the March for Life, where attendees held Polish flags, and signs with pro-life slogans. The March was also attended by Poland's president, Andrzej Duda.

President Duda has also shown support for the recent ruling in Poland, that defined eugenic abortions as unconstitutional, thus banning abortion on disability grounds. This ban is expected to significantly reduce the abortion rates in Poland, where abortion is now only allowed in the case of rape or incest, or when the mothers life is in danger.

The theme for this years March for Life was “fatherhood” to signify the role a man has when it comes to pro-life matters.

“We want to send a signal not only to the whole of Poland, but also to the whole world that there are men in Poland who take responsibility, that they do not run away from it,” Pawel Ozdoba, one of the event’s organizers said at the opening of the March for Life and the Family.

“The Primate of the Millennium was so often called the ‘Father of the Nation,’ hence the connection. We wanted to show that Polish fathers are responsible,” he said. “A responsible and strong father and a strong man are needed not only by the family, but also by the whole society.”