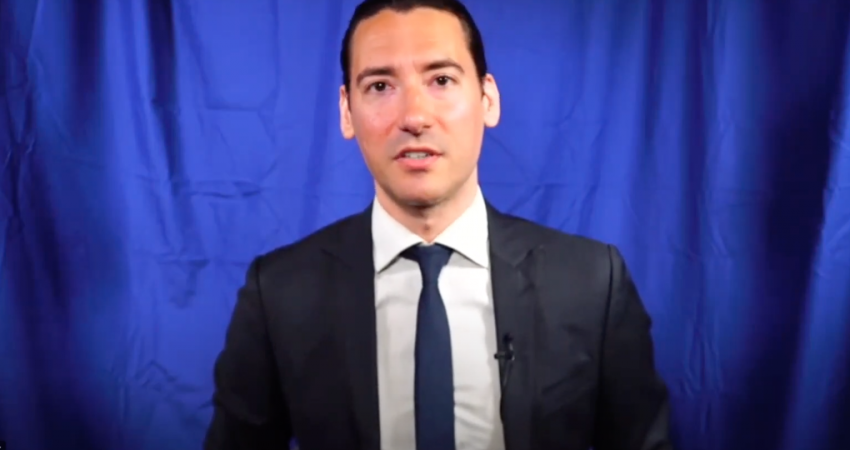 David Daleiden, head of the Center for Medical Progress, the organisation behind the undercover videos exposing the trafficking of body parts of aborted babies, testified before the Pennsylvania Health Committee on the morning on May 4th this year. This testimony provides the shocking revelation about the unethical and potentially illegal practices taking place at the University of Pittsburgh on research into aborted fetal tissue.

His testimony is as follows:

Thank you for the opportunity to testify before you this morning.

I'm David Daleiden, and I'm the head of the Center for Medical Progress, which is a citizen journalism organisation that monitors and reports on bioethical issues that impact human dignity. We're especially concerned about the exploitation of the vulnerable and government sponsored experiments on human fetuses and human infants, and their parents who are vulnerable to abortion.

Under my leadership, CMP conducted a multi year uncover video investigation of the illegal trafficking of aborted fetuses and sale of their body parts, and we began releasing the results of that in 2015.

Our reporting shut down two companies that admitted illegally selling body parts from abortions at Planned Parenthood in southern California, and the local district attorney thanked us for prompting that successful case.

It's been ten years now since the horrific crimes of Dr Kermit Gosnell were revealed in Philadelphia, Pennsylvania, where Dr Gosnell was delivering late term fetuses alive and killing them by snipping their necks with surgical scissors. Dr Gosnell sometimes kept the babies feet as souvenirs.

The horrors of the Kermit Gosnell case were able to take place and continue for so long, because they were enabled by common wealth officials who preferred secrecy to public accountability in Pennsylvania's abortion industry.

Sadly, as we've heard through some of the testimony already this morning, it's a matter of public record that there are horrific abuses of aborted infants taking place on the other side of Pennsylvania, through the extensive fetal experimentation programs at the tax payer funded university of Pittsburgh.

There were a lot of obfuscation and misrepresentations from the Pitt testimony earlier today, which I think is something you would expect when they send the new guy who's only been there for five months to talk about research that he's not actually involved in, so I'm going to try and address some of those and correct the record a little bit.

So in a recent study, as we've heard, Pitt scientists describe scalping five month old aborted babies and grafting their scalps onto the backs of lab rats to keep them growing. Yes, lab rats, if you actually look at the published paper on the Nature of Scientific Reports website, they use both rats and mice in the study.

In the study you can see the pictures of little baby scalps, growing tiny baby hairs on the backs of lap rats and lab mice. Each one of those scalps, growing baby hair on a rat, represents a little Pennsylvania baby who would have grown those little hairs on their head, if they had not been killed by abortion for experiments with rodents.

Starting in 2016, Pitt received a $1.4 million grant from the NIH to become the distribution hub for aborted fetal kidneys and bladders and other organs, and the NIH's Genitourinary Development Mapping Outlet program. Pitts grant application, for this grant from the NIH, states that the university has a unique access to a large number of high quality aborted fetuses and can quote, “ramp up”, delivery of aborted fetal body parts across the country.

And two years ago, I published an op-ed exposing the live fetal liver harvesting of Pitts doctor Joerg Gerlach, a stem cell scientist in Pitt's McGowan Regenerative Medicine Institute. Dr Gerlach's protocol calls for aborting five month old fetuses alive via labour induction, in order to deliver the baby whole, then wash the baby, place the baby on a surgical tray, and cut the baby open to harvest his or her liver as fresh and clean as possible.

This is not just for liver cultures, this is for liver transplants. Dr Gerlach's team boasts in their published work that this way, they can harvest an unprecedentedly massive number of stem cells from the fetal liver for use and experimental transplants into adults. Dr Gerlach's protocol describes this liver harvesting as a quote “in vivo” procedure, meaning in the living body, and requires the harvesting to take place immediately after the baby's umbilical cord has been cut.

Pitt is trying to say that this is over, that it was only going on in Italy, not in the United States. There is serious reasons to doubt the veracity of those statements from the university of Pittsburg, and reasons to be very concerned that it's still going on in the United States. Dr Gerlach and his team published a study as recently as 2019, where they describe detaining whole livers in Pittsburgh, from Pittsburgh abortion providers and they describe obtaining that same unprecedentedly large number of stem cells, about two billion liver cells per individual fetal liver, they describe getting the same amount that they were saying in years prior, they were solely able to get because of this special live induction labour harvesting procedure that they were publishing on.

Experimenting on a living fetus or failing to provide medical care to a born alive infant regardless of prematurity is a third degree felony in the common wealth of Pennsylvania. Sadly, live fetal experimentation has been reported and documented at Pitt for decades previously, and this legislative body has even heard testimony previously about live fetal experimentation as the university of Pittsburg.

During my uncover work several years ago, I met a group of abortion providers from Planned Parenthood of western Pennsylvania, who were also faculty members at the university of Pittsburg. The Planned parenthood abortion providers told in me in undercover video that they supply the university's tissue bank from the abortions that they perform. Yet astoundingly, the university of Pittsburg has issued statements to the media and statements to this legislative body, including renewing it earlier this morning, that quote, “there is no procurement relationship for tissue with Planned parenthood.”

It seems clear to me why the university is lying to you. Since 2005 Pitt has been a major site for Planned Parenthood's abortion training programs. Some of the worse violators in Planned Parenthood's abortion and fetal research practices were trained at Pitt. To give you just one example, if you recall the southern California company that I mentioned, DaVinci Biosciences, that was shut down because of my investigative reporting, the Planned Parenthood medical director who was suppling Da Vinci, Dr Jennifer Russo, did her abortion training program at the university of Pittsburg. Pitt is not just exporting aborted baby body parts across the country, but they are also exporting the worse practices of the abortion industry to other states.

So it all looks suspiciously like an illegal quid pro quo for aborted fetal organs or tissues. Pennsylvania's law against selling fetal tissue or organs is actually even more strictly framed than the federal law and prohibits any consideration whatsoever in exchange for fetal tissue.

In conclusion I think its crucial for public officials in the common wealth of Pennsylvania including the peoples representatives in this legislative body to exercise all of the oversight authority that is available to you to ensure that the crimes of Kermit Gosnell are not being perpetuated in Pennsylvania by an unaccountable taxpayer funded abortion industry.

These disturbing practices taking place at the University of Pittsburgh is a clear result of the dehumanisation of the unborn child. Once abortion becomes accepted, it is only a slippery slope to where inhumane practices such as those taking place in Pittsburgh will occur.

At the moment we have no knowledge of such horrific practices occurring in Ireland, but it is important that we continue to remind people of the dignity of the human person from the moment of conception, so that no such thing will ever happen in our country.