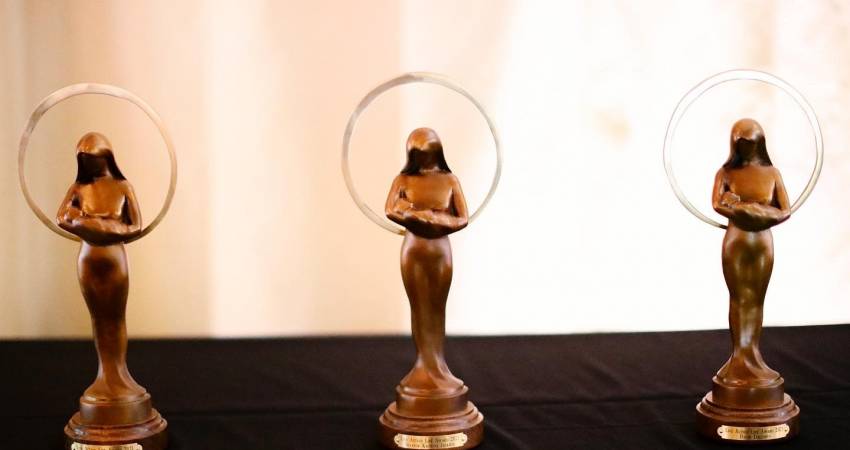 During the event, Live Action gave a series of red carpet interviews to a range of pro-life activists. See below these famed pro-lifers offering inspiring advice to other pro-lifers.

WATCH: Pro-life activist share how he communicates to people not involved in the pro-life movement.

Missionary, author and activist Sean Feucht speaks to Live Action during their Life Awards 2021 about how he speaks to people who are not involved in the pro-life movement.

Sean discusses the importance of understanding where people are in their activism, and sharing personal stories that shows the life of the child in the womb: “people want to hear the stories that have impacted your life,” he says.

WATCH: Famed Christian influencers say how they're proud to be pro-life

Cole and Savanna give advice to young people on how to speak out on their pro-life views in the public eye: “babies are just so beautiful. They make everything so much better,” says Savannah.

WATCH: Daughter of Mike Pence speak about why she fights for life

Charlotte Pence Bond, daughter of former Vice President Mike Pence, speaks to Live Action about why she chooses to join the pro-life movement.

Charlotte expresses her desire to support the many people, especially young people, who are involving themselves in the fight to protect the unborn child: “I started noticing that it was becoming a movement of this generation,” she says.

WATCH: Famed Daily Wire writer speak about why men should stand against abortion.

Cabot Philips, a writer, editor and commentator for The Daily Wire, speaks to Live Action about the importance of men standing up against abortion.

Social media speaker, Kangmin Lee talks to Live Action at their 2021 Gala about how he equipped himself with the resources to spread the pro-life message.

Kangmin has been involved in social media for about a year and says that Live Action's resources have helped him to communicate the pro-life message: “just to be able to spread that message, not only about why abortion is wrong, but why life is worth preserving, and Live Action has done a great job at that,” he says.

WATCH: Founder of Young Americans Against Socialism discuss the link between abortion and socialism

Morgan Zegers is the founder and CEO of Young Americans Against Socialism, and talks to Live Action at their Gala about how abortion and socialism are linked together.

Morgan discusses how her researcher led her to discover that socialists political parties were promoting the destruction of the family and claimed that pregnancy is oppressive to women, explaining that these attitudes usually lead to abortion: “in a socialist revolution, you have to destroy the nuclear family. You have to empty the souls of our society,” she says.

Couple, Iesha and Eric Lanzo, speak to Live Action at the Life Awards 2021 Gala, sharing their advice to those considering abortion.

Iesha reveals that she considered abortion when she became pregnant, but changed her mind after seeing Live Actions video on an abortion procedure: “it's a baby in your womb. It has value. Don't murder your own child,” she says.

Steve Arterburn, the founder and chairman of New Life Ministries speaks to Live Action at their Gala about the impact abortion has on men.

Steve discusses the importance of how support from men during pregnancy can reduce abortion rates, as well as the importance of taking responsibility for the new life that has been created: “I think you have to stop and say there are other options than destroying this incredible life. This person,” he says.