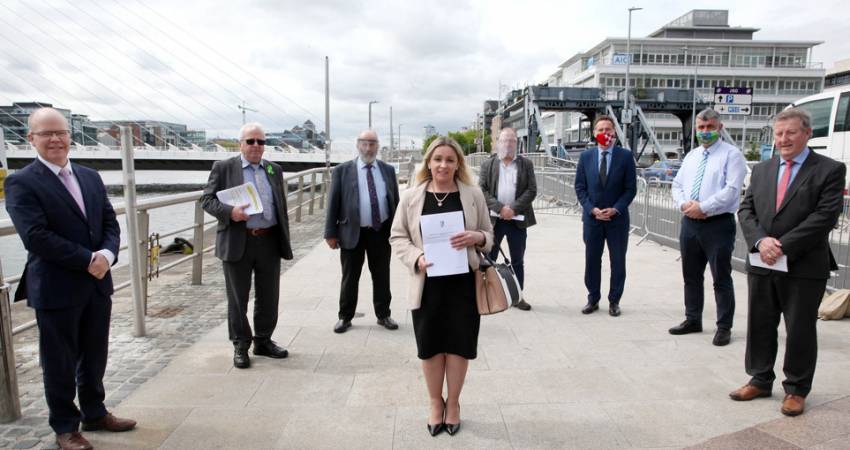 A group of TDs are co-sponsoring a new bill which seeks to ensure that pain relief will be given to unborn babies who are aborted after 20 weeks gestation.

Describing it as a humane and reasonable proposal, the TDs said that the measure was worthy of majority support in the Dáil. In recent months it has been confirmed that late-term abortions are taking place in Irish hospitals. The abortion legislation of 2018 contains no legal requirement for pain relief for the child in a late-term abortion.

TDs said that medical and scientific evidence showed that unborn babies could feel pain at earlier gestations than was previously believed - and that 100 late-term abortions were taking place each year, with no obligation for pain relief or the child.

They urged TDs across all the parties to "leave politics aside", to look at the need for compassion, and to support the measure.

Carol Nolan TD introduced the bill, named the 'Foetal Pain Relief' in the Dáil today, saying that "the infliction of unnecessary or avoidable pain on human beings - especially on those with no capacity to resist - is something all compassionate societies should seek to avoid." The Bill would make provision within the 2018 Abortion Act to ensure pain relief.

She pointed out that "medical ethics require that surgical procedures, both routine and major, are carried out with the use of anaesthetics and analgesics" and that a desire to avoid inflicting pain also meant that the law required vets and farmers "to use anaesthetics when carrying outany procedure on an animal."

"Medical science has known for some time that unborn babies can experience pain from 20 weeks gestation. However, an increasing body of scientific research from about 2007 onwards has suggested that the brain and nervous system develop at a rate which means that unborn babies may feel pain as early as 13 weeks," she said.

"A recent comprehensive review of the scientific literature by two experts – one of whom is pro choice – concluded that unborn babies may experience pain as early as 12 weeks, and that there was certainly no way to definitively exclude that possibility. I look forward to discussing the substantial medical evidence which exists in support of the Bill at Second Stage and beyond," Deputy Nolan added.

She told the Dáil that "against the backdrop of the latest medical evidence, this leaves us with the very disturbing possibility that every child subjected to a surgical abortion procedure after 12 weeks on these grounds not only has their life ended, but in a manner which could be subjecting themto horrific pain and suffering in the process."

"As human beings, and as legislators, we cannot stand by and ignore this," she said.

Aontú leader Peadar Tóibín said that amendments brought forward in 2018 to ensure pain relief were voted down by TDs, but that this was a new opportunity to rectify that error.

"It is a very reasonable proposal seeking to inject some sort of mercy into a inhumane law. I have pro-choice friends who have said they agree with our Bill on pain relief, and I know from canvassing and campaigning that there are many people around the country who are deeply shocked to learn that in 2018 the government voted against an amendment which sought pain relief for the unborn. Currently for surgical procedures on an unborn child, pain relief is used. Even when operating on an animal in this country, the law states that pain relief must be used. Yet the law is silent in the case of an unborn child”.

He said that unborn babies were being injected with potassium chloride during late-term abortions and that was being swept under the carpet by the mainstream media.

"I would urge everyone to contact their local TDs and ask them to support this Bill", added Deputy Tóibín.

Deputy Mattie McGrath said that the Bill proposed a very limited change to the 2018 Act, adding a new section which would go some way to ensure that children would not feel pain being aborted. "We do it for animals, surely we can do it for unborn children,." he said.

West Cork TD Michael Collins said former Minister Simon Harris had previously told the Dáil that unborn children would not suffer. "Now we know that they do suffer," he said. "Minister Harris should stand up before the Dáil and apologise to the country."

Richard O'Donoghue TD said that the  law should protect the unborn child and the mother and that no-one should feel pain during an abortion.