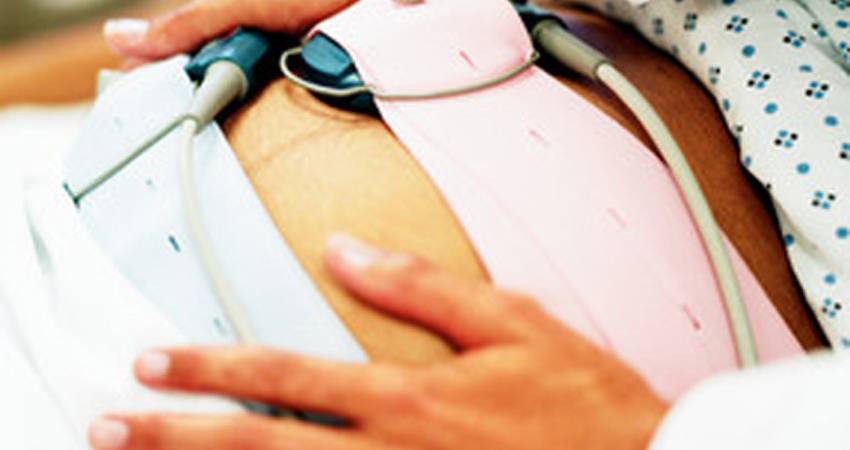 More than 100 doctors, nurses, midwives and other healthcare professionals, including consultants, obstetricians and senior medical staff in maternity services, have signed an open letter "strongly urging" the Minister for Health, Stephen Donnelly, to retain the 3-day period of reflection before undergoing an abortion.

The letter says that there "is no medical basis" for scrapping the 3-day wait, and points to figures released by the Department of Health which strongly suggest that some 1,000 women change their mind during that period of reflection and do not proceed with an abortion.

The 3-day wait helps women, it gives them time to think, and the figures strongly suggest it reduces the number of abortions," Dr Ronan Cleary of Doctors for Life said.

"In 2021 for example, the state made 8,284 payments for initial consultations regarding abortion with GPs and clinics, but in that period there were a much lower number of completed abortions, recorded at 6,683. That means 1,601 women did not return for an abortion after the 3-day wait. A small number may have sadly miscarried but it certainly looks as if the 3-day wait is leading to fewer abortions - something mmost reasonable people would welcome."

Dr Cleary said that there was no justification for the Minister to overturn a promise made to voters in the 2018 referendum, especially given that scrapping the 3-day wait might dramatically increase the number of abortions taking place.

The 103 medical professionals who signed the letter said they "strongly urge the Minister for Health to retain the 3-day period of reflection before a woman undergoes an abortion."

They said that a promise had been made in the 2018 referendum, by both then Tánaiste Simon Coveney and then Taoiseach Leo Varadkar that a 3-day waiting period would be part of the operation of the abortion law - and said that scrapping the period of reflection would be "a betrayal of voters, but worse still, a dereliction of duty to mothers and babies."

"Despite the personal and campaigning opinions being expressed in favour of scrapping the 3-day waiting period, there is no medical basis for doing so," the letter said.

"There is evidence, however, from information released to Carol Nolan TD, that significant numbers of women may change their mind after the first visit to a GP or clinic, and decide during the 3 day period not to proceed with an abortion."

"According to the HSE,  there were 8,057 initial consultations for Termination of Pregnancy services in 2020. In that year, the Department also confirmed that 6,577 abortions were carried out. We concur wth Deputy Nolan's conclusion that more than 1,400 women appear to have changed their mind and did not go ahead with an abortion during the 3-day period."

"That means that 18.4% – or almost one in 5 women – did not proceed with an abortion after the initial consultation. Similarly, in 2019, some 7,536 initial consultations were provided while 6,666 abortions took place, suggesting that some 870 women or 11.5% changed their mind during the 3 day waiting period."

The healthcare experts said: "This data offers a hugely important insight that must not be ignored. There are very few Irish people, whether healthcare professionals or otherwise, who would welcome an increase in the number of abortions taking place. If women are finding support for an unexpected pregnancy during the 3-day wait, then that should be welcomed."

"Contrary to assertions that have been made by some healthcare professionals, there has already been a significant increase in the number of abortions in Ireland. In 2018, less than 3,000 women travelled to Britain for abortion, while it is estimated(1) another 1,000 may have used abortion pills," they added. "The Department of Health tells us that in the first year of legalisation, 6,666 abortions took place in Ireland - a huge increase by any standards. Most reasonable people would oppose changes that might lead to another sharp increase in the number of abortions taking place.,"

Many of those signing the letter work directly with pregnant women and they said they 'rejected claims that the 3-day wait is "paternalistic". "

"In fact, we believe this assertion ignores the very real conflict and difficulties women can often face when society fails to offer the real support needed for an unexpected pregnancy. Women deserve better than being deprived of the time to think," they wrote.

Finally, we recall that Minister Simon Coveney used the 3-day waiting period to assure voters (2) in the 2018 referendum that "strict guidelines" would apply to the abortion legislation. The waiting period was "very important", he said, because the "magnitude of terminating a pregnancy was part of the decision making" when it came to abortion," the medics said.

"We urge the Minister for Health and our TDs to now remember that promise and to retain the 3-day period of reflection. To do otherwise would be a betrayal of voters, but worse still, a dereliction of duty to mothers and babies."