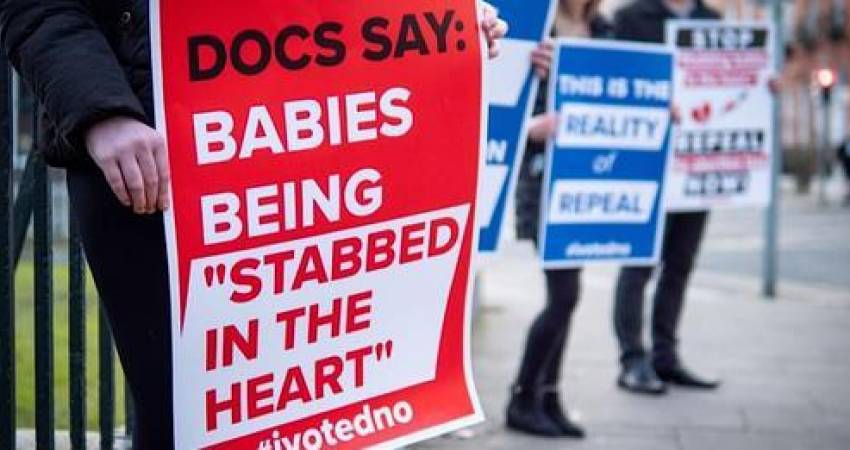 A leading Irish abortion doctor – who has welcomed proposals which would jail pro-lifers for peaceful and silent prayer at abortion centres – has said that protests at these centres are “not common”.

Dr Mary Favier, a founder of Doctors for Choice, was asked by Drivetime presenter Sarah McInerney how “widespread this problem” was in terms of protests at GP practices and other centres.

“It’s not a particularly common problem,” Dr Favier admitted, before claiming that her Cork-based practice had experienced a “few episodes”.

Gript can reveal that the claim made by Minister Stephen Donnelly – and repeated on Drivetime – that 14% or 1 in 7 women had experienced “protest” and “intimidation” while seeking abortion, is not confirmed by any rigorous research, but is instead based on an online survey conducted by the Abortion Rights Campaign.

The Abortion Rights Campaign survey did not, in fact report that 14% of women had experienced protest or intimidation as claimed by the Minister. It found that 14% of those who responded to its survey claimed to have experienced “anti-abortion activity”.

“Activity has now been conflated with “intimidation” by a Minister who is relying entirely on the briefing notes of campaign groups,” said Megan Ní Scealláin of the Life Institute.

In the Drivetime interview, Dr Favier claimed that patients were being “forced to run the gauntlet” of pro-life protests and alleged that because of protests there had been intimidation and that “all patients harassed and all staff are harrassed”.  She also claimed that protesters had shouted and called abuse at patients and shamed them.

However, Dr Favier failed to respond when asked by Gript if she had any tangible evidence to back up her allegations, and if any footage existed of pro-life vigils where abuse was shouted, and where all patients and staff were harrassed and intimidated.

Pro-life groups have pointed out that abortion supporters have not offered any any evidence that the ‘safe access zones’ proposed by the Minister were necessary.

“Garda Commissioner Drew Harris wrote to the Minister for Health to clearly state that there was “no evidence” to suggest that pro-life protests at any centres were abusive or threatening. He confirmed that the vigils were, in fact, peaceful and lawful,” Megan Ní Scealláin said.

“Of course, Stephen Donnelly knows this, and he is choosing to ignore the advice of Gardai to do the bidding of campaign groups and to punch down at pro-life activists who he knows are breaking no laws,” she said. “In fact, the Garda Commissioner also stated that if any laws were to be broken existing laws were sufficient to deal with that.”

“What we know from talking to those who participate in pro-life vigils is that the vigils take place on a Saturday whern the GP clinics are not open, or take the form of silent prayer outside a hospital. It seems extremely unlikely that the figure seized on by the Minister of 14% of women experiencing a pro-life witness is accurate, but that might miss the more important objection to his claims, which is that he is seeking to make entirely peaceful and legitimate vigils illegal,” she added.