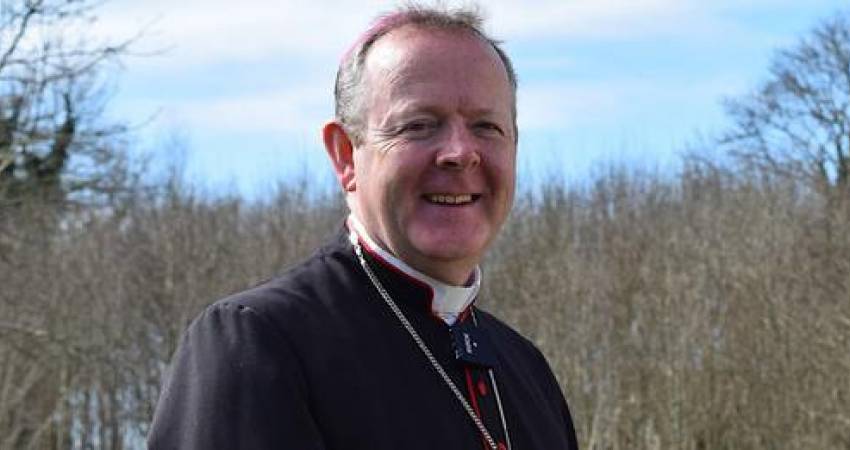 Archbishop Eamon Martin, Primate of All Ireland, wrote the letter on behalf of Northern Bishops seeking the Equality Commission’s ‘advice and comment’ over the newspaper’s refusal to run the paid advertisement.

In the widely-published pre-election statement released at the end of April, entitled ‘Make Your Voices Heard’, Northern Ireland’s bishops urged the electorate only to back pro-life Assembly candidates in order to protect the rights of the unborn.

In the pastoral reflection, the Bishops penned:

“We say to all voters: make your voices heard.  Make your vote count.  Speak up clearly and unequivocally for the rights and urgent needs of the most vulnerable in our society.  This includes the rights and dignity of unborn children who are being increasingly relegated – culturally, politically and legally – to the realm of the worthless and sub-human.

“[…] We ask all voters to consider seriously the choice before them in this election – of supporting a loving, positive culture of life and care, or of further facilitating a culture that denies the very humanity and right to life of our unborn children, even directly targeting those with disabilities.”

Although The Belfast Telegraph accepted full payment for the statement from the Bishops to be published as an advertisement before Northern Ireland went to the polls, the daily newspaper then said it would not publish the statement unless the bishops made a number of changes to their comments on abortion – which stemmed from the long-established religious opinion held by the Catholic Church – to the satisfaction of the newspaper’s editor, Eoin Brannigan.

The bishops subsequently refused to alter their comments and withdrew their request. They asked for their money back and the payment was returned. They are now seeking advice over the implications of the newspaper’s decision for the right to religious freedom and equality of treatment for people of faith when accessing services from a commercial organisation.

As details of Archbishop Martin’s letter to the Equality Commission dated 28 July were made public, the Archbishop offered a comment, saying that The Belfast Telegraph’s refusal to carry the advertisement “raises fundamental questions” about the equal access of religious groups and people of faith to commercial services.

He said: “A commercial newspaper, the Belfast Telegraph, accepted full payment for a service it is obliged to make available to all, on the basis of equal access and equal respect for their religious view.

“Our advertisement contained the established and widely published position of the Catholic Church on a range of issues. But the paper subsequently refused to publish the advertisement unless the bishops changed what they said about abortion, to the satisfaction of the editor.  The refusal to carry the advertisement raises fundamental questions about the equal access of religious groups and people of faith to such commercial services.”

The Archbishop noted that The Irish News carried the advertisement without amendment, adding:

“We believe it would be helpful for all parties, as well as for other faith groups who may wish to seek a similar commercial service in the future, for us to seek clarification and advice from the Equality Commission for Northern Ireland and others about the situation that has arisen.  We will consider our next steps when we have received this advice.”

Archbishop Martin said that he and the Catholic Bishops understood it is not within the remit of the Equality Commission to pursue legal cases on behalf of groups, as opposed to individuals, and he said the Bishops were making it clear that while they are “seeking our own legal advice on the issues concerned”, this is not their purpose in writing to the Commission.

“We believe there are many in the Catholic community, and in other faith-based communities, who are deeply concerned about the decision of The Belfast Telegraph to refuse to carry our paid-for advertisement without amendment.

“On the face of it, it would appear we were refused a commercial service on the basis of our well-established, and widely published, religious opinion.

“For this reason, we believe it is important that we engage the various statutory agencies with a responsibility for providing guidance to commercial and public bodies on such matters, in a public discussion on the principles and rights involved. To that end, it is our intention to make it public that we are seeking the comment and advice of the Equality Commission on the situation that has arisen,” the Archbishop said.