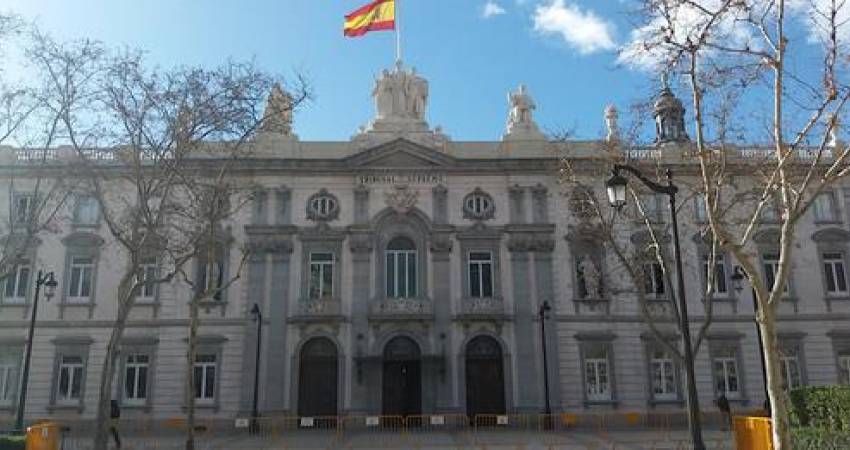 Spain’s Supreme Court has confirmed a ruling from a lower court that found a leading Spanish abortion provider guilty of misleading advertising in its claim that abortion is a procedure which does not carry risk.

The development, recently reported by Right to Life UK, saw the Supreme Court upheld the judgement of the Provincial Court of Oviedo that condemned ACAI, a large abortion provider that groups 32 Spanish abortion centres, for assuring the audience that abortion is a risk-free practise.

The High Court agreed with the Spanish Federation of Christian Lawyers, which condemned ACAI for concealing the consequences of abortion from women. The Supreme Court confirmed the sentence of the Audiencia that means ACAI must pay the costs of the legal process and publish the sentence on its website, International Family News reported.

According to the Spanish legal firm, Abogados Cristianos, ACAI brings together most of the abortion clinics in Spain.

Commenting on the ruling, President of the Spanish Federation of Christian Lawyers, Polonia Castellanos, called on health departments in Spain to revoke contracts with the abortion centres involved in the misleading advertising.

“In view of the seriousness of the sentence, we will send the sentence to all the Spanish Health Departments so that they can rescind any contract with the abortion centers involved,” she said. She also urged Spanish Minister of Equality, Irene Montero, to “state her opinion regarding this sentence that condemns abortion centers for lying to women.”

Ms Castellanos urged for abortion providers to be stripped of funding, adding that “subsidies and public money must be taken away from these companies that put women’s lives at risk in order to do business”.

“Justice has finally been done against an organization that, for financial gain, has lied to many women by encouraging them to have abortions as if they were completely free from any serious consequences,” she stated.

A recent UK investigation uncovered the repercussions of abortion, revealing that between April 2020 and September 2021, a staggering 10,000 women had to received hospital treatment following the use of legal abortion pills.

The disturbing evidence, based on 85 Freedom of Information (FOI) requests sent to NHS Trusts in Britain revealed that more than 1 in 17 women, equating to around 20 per day, who used the pills by post service, made legal as a result of Covid lockdowns, required hospital treatment to deal with the side effects of abortion.

Pro-life campaigners subsequently called on the pills by post regime to be halted because of the danger posed to women, however, it was recently made permanent in the UK, a move welcomed by abortion campaigners.

The report uncovered serious flaws in how complications folloiwng abortion are reported, and how DIY abortion has significantly increased safety risks to women. The findings also exposed how abortion providers and the Department of Health and Social Care in the UK are failing to report medical abortion failure as a complication, despite at least 5.9 per cent of women taking abortion pills later requiring medical treatment because of the failire.

In October last year, writing for Gript, Niamh Uí Bhriain highlighted the “grim business” of abortion in Ireland, as she addressed how a report from abortion supporters, the Abortion Rights Campaign, underscored the horror of the procedure for both mother and baby.

In the report, “horrific” was one of the terms used by women who relayed their experience of taking the abortion pill. As reported by Uí Bhriain:

“The survey asked women to share their experience of abortion. It was evident from many of the responses that the outcome of taking abortion pills was not what they expected. Their experiences were shared anonymously”.

“I was really shocked at how horrific the actual experience of the termination was. The doc said panadol would be enough. But I couldn’t keep water down. Vomiting, diarrhoea, shaking, excruciating pain which all lasted 6 hours. I’m not sure if this is normal but it’s not what was talked about,” one woman wrote.

Another woman said she had not been fully aware of the pain and bleeding that would take place after taking the abortion pill.

“I didn’t feel like I was fully made aware of the pain and amount of bleeding. I was told ‘mild cramping’ – which was most definitely not the case… I was told to take 3 days max off work, and it actually took me 2 and a half weeks to recover , even then I still had heavy bleeding.”

One respondent said they “would like more in depth information about taking pills and more about the side effects.”

The HSE highlights a number of potential side effects of abortion in a section of its website. These include ‘mental health problems such as feeling down or upset’, ‘infection of the womb’, and ‘haemorrhage or very heavy bleeding’.