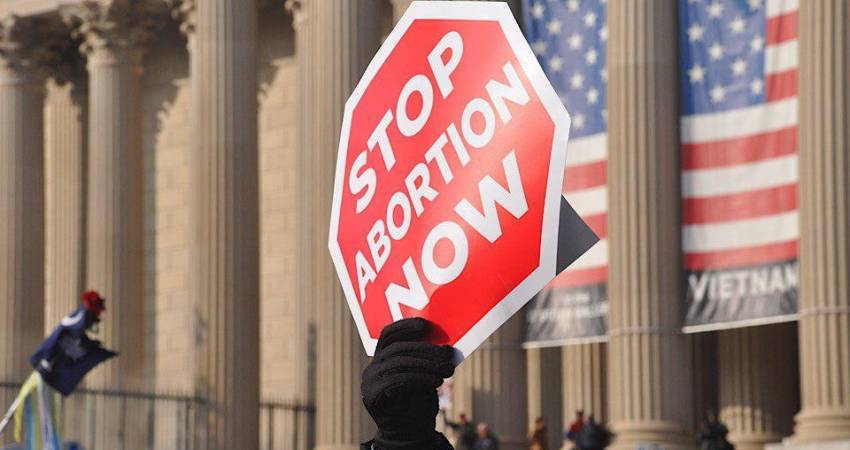 Lawmakers in Oklahoma have passed a bill that would impose a near-total ban on abortion in the US.

The bill would outlaw performing abortions in almost all cases. Medical professionals who perform an abortion could face fines of up to $100,000 and 10 years in jail under the bill which was given final legislative approval on Tuesday. The bill, which has passed both the house and senate, now heads to Governor Kevin Stitt. Stitt is on record stating that he will sign any pro-life bill that crosses his desk. If he signs the measure, it would take effect this summer unless blocked by courts.

Republican politician, Nathan Dahm, who serves as a member of the Oklahoma senate, welcomed the news on Tuesday. Dahm described the legislation as the “strongest Pro-Life bill in the entire country”.

“The Oklahoma House of representatives just passed our bill to ban abortions in the state. This bill is the strongest Pro-Life bill in the entire country. We are one signature away from protecting the lives of thousands of unborn babies [...] I will do everything in my power to overturn Roe v. Wade and ban abortion at the national level,” he said.

“Life begins at conception and SB 612 recognizes that inherent truth,” the 39-year-old added.

On social media, Dahm received support. One comment described the passing of the law as “awesome”.

“We love to see politicians unafraid of protecting the unborn,” said one Facebook commentator. “Thank you for protecting preborn women. And men,” another supportive comment read.

The news comes as pro-lifers in the US denounced Colorado Governor Jared Polis, who on Tuesday signed into law a bill legalising abortion through all nine months, up until the moment of birth. The legislation has been described as “unadulterated evil”, with pro-life groups describing the law as ‘disturbing’ and conservative columnist Meghan McCain blasting it as “deeply sick”.

The news from Oklahoma has been met with surprise, with Washington Post journalist Caroline Kitchener describing the passing of the pro-life legislation as "completely unexpected." The Washington Post also reported that abortion providers in the state expressed disbelief at the news.

Breaking: Oklahoma just passed a total abortion ban. This was completely unexpected. Lawmakers unearthed a bill that passed the senate *last year,* instead of moving forward on one of the many measures proposed this year.

It now goes to the Republican governor for a signature.

On Tuesday, the Oklahoma House of Representatives also adopted a resolution to remember the lives that have been lost to abortion since the decision of Roe V. Wade in 1973. The resolution stated, “to recognise January 22, as the Day of Tears in Oklahoma and to encourage Oklahoma citizens to lower their flags to half-staff to mourn the innocent, preborn children who have lost their lives due to abortion.”

Protestors also gathered at the state Capitol in Oklahoma City on Tuesday in a ‘Bans Off Oklahoma’ protest to rally in opposition to pro-life measures.

Interim president and CEO of abortion giant, Planned Parenthood, Emily Wales, blasted pro-life legislators. “These legislators have continued their relentless attack on our freedoms,” she said.

The passing of SB 612 comes as the Supreme Court prepares to make a landmark decision in the abortion debate in the US. As Gript previously reported, the high court heard oral arguments late last year on the Dobbs v. Jackson Women’s Health Organization case out of Mississippi over a law there that does not permit abortions after 15 weeks of pregnancy.

The court ruled to uphold the Mississippi law, cutting away at the precedent set by Planned Parenthood v. Casey and Roe v. Wade. The justices could also decide to overturn Roe entirely or strike down the controversial law. If Roe v. Wade is indeed overturned, decisions regarding abortion would be placed into the hands of the states rather than made legal on a broad scale across the US.

Several other states have moved to pass pro-life legislation recognising the humanity of the unborn child. Kentucky, Florida and Arizona are among states that have passed bills that ban abortion after 15 weeks of pregnancy.