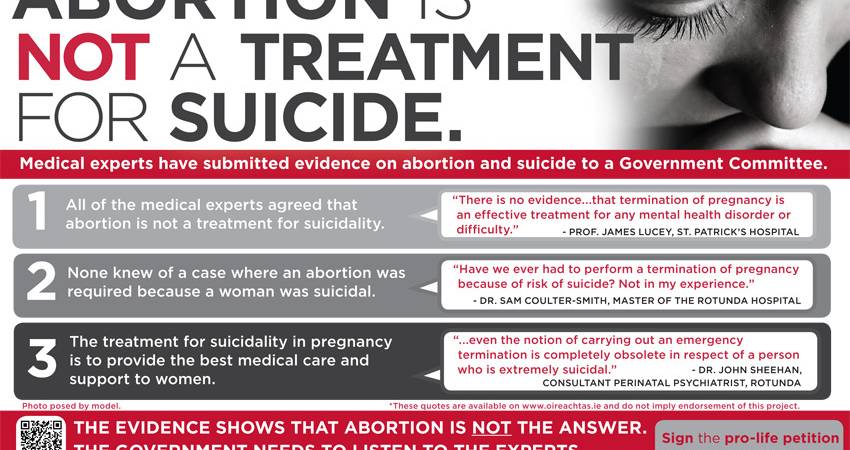 Seen by all! Our pro-life newspaper adverts make the evidence clear

Abortion is not a treatment for suicide: that's what the experts told the government at the Oireachtas Committee hearings on abortion. Now these powerful newspaper adverts spelling out that expert evidence will be seen in a total of 40 newspapers - including 7 national daily and Sunday papers.

The total reach of all the newspaper adverts and Opinion pieces is an astonishing six million readers - reaching the entire adult population of Ireland twice over.

And, of course, the reach of the entire awareness campaign extends beyond that again - with our powerful and influential new video reaching new people every day, while thousands seek more information on our special web page

The expert evidence is undeniable, and has demolished the government's proposals to legalise abortion on suicide grounds.

Yet the media ignored this expert evidence, and the government hoped that the people would remain unaware of the facts.

That's why it's so important to share the truth as widely as possible - and to raise up opposition to abortion. Look out for the advert in the Irish Independent today and in other papers during the next two weeks.

More information on the campaign webpage