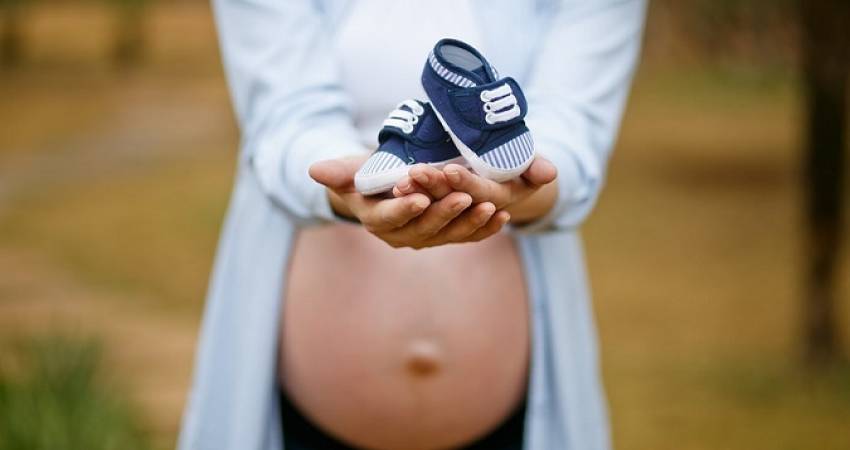 Imagine waking up in a hospital bed unable to move. Doctors tell you that you were in a freak road accident and have been in a coma for three months. You can’t remember any of it. Actually, you can’t remember anything from the past three years of your life.

Doctors then drop a bombshell, telling you that you are twelve weeks pregnant. When Gemma Holmes, 26, heard the news, she remembers being “just in shock”.

"Rueben is the best thing to ever happen to me. I may not remember how he came to me but I've got the rest of our lives to make up for that," Gemma told Reveal.co.uk in May. But she chose to keep her baby, despite having no recollection of even being in a relationship.

“I just thought that if this little baby inside me had managed to survive the awful crash then he was meant to be,” she told ITV’s This Morning.

Gemma was riding a scooter last year when she became involved in the grisly accident. She was hurled across a busy road into a lamppost, suffering a broken back and severe head injuries.

She was airlifted to the hospital where doctors did not expect her to survive.

When tests revealed that she was pregnant, doctors suggested abortion to Gemma’s mom Julie, since prescribed surgeries could not be performed on a pregnant woman.

Gemma’s ‘yes’ to the life growing inside her broken body caused her excruciating pain, since she was unable to take the usual high doses of painkillers. These might have harmed her baby.

Doctors told Gemma that she couldn’t have a natural birth because it would likely cause her death. Her broken back would not be able to cope with the contractions.

But Gemma’s pain and sacrifice paid off when in May she met Ruben Miracle Holmes for the first time, delivered by caesarian section.

"I couldn't stop crying when they first showed him to me, because he is my little miracle baby. I was just so happy to see him after everything we've been through," she told SWNS.com.

Both Gemma and Ruben are doing well. Gemma, who now gets around in a wheelchair and is cared for by her mother, says that doctors will in a few months do surgery on her back that may one day allow her to get back on her feet.

“Ruben's my little miracle and I really hope I will one day be able to run around with him,” she said. For Gemma, choosing life meant choosing happiness.

"Rueben is the best thing to ever happen to me. I may not remember how he came to me but I've got the rest of our lives to make up for that," she told Reveal.co.uk in May.

This story first appeared on Lifesitenews.com