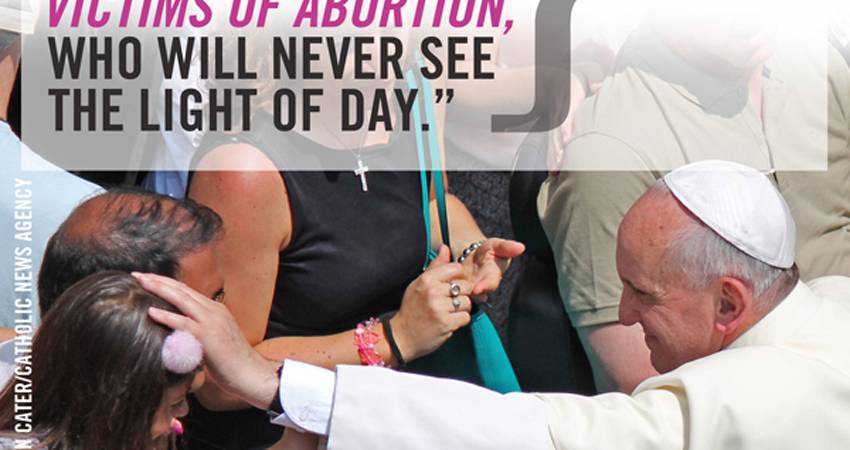 In his first annual address to the Vatican diplomatic corps, Pope Francis has said world peace requires that human dignity is protected from violations such as abortion. The Pontiff also said that a 'throwaway culture' not only left children starving, it also discarded human beings themselves.

Speaking in the Apostolic Palace's Sala Regia, Pope Francis said that: "Unfortunately, what is thrown away is not only food or disposable objects, but often human beings themselves, who are discarded as if they were unnecessary," the pope said. "It is horrifying just to think that there are children, victims of abortion, who will never see the light of day; children being used as soldiers, abused and killed in armed conflicts; children turned into merchandise in that terrible form of modern slavery called human trafficking, which is a crime against humanity.

According to the Catholic News Service the Holy Father was also troubled by rising numbers of "broken and troubled families," which he attributed to both moral and material factors: the "weakening sense of belonging so typical of today's world" as well as the "adverse conditions in which many families are forced to live, even to the point where they lack basic means of subsistence." Noting the devastation caused by typhoon Haiyan in November, Pope Francis warned against "greedy exploitation of environmental resources," and quoted what he said was a popular adage: "God always forgives, we sometimes forgive, but when nature -- creation -- is mistreated, she never forgives!"