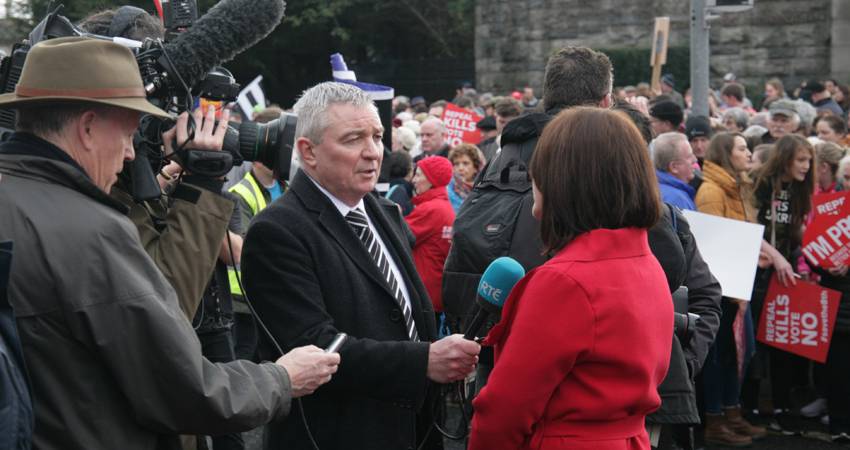 PR: Harris must answer questions about use of taxpayer funding for YES side – Savethe8th

Taxpayer funded organisations cannot be allowed to use the public’s money to campaign for a “Yes” vote in the forthcoming referendum on the 8th Amendment, Savethe8th has said.

Reports over the weekend indicated that Minister Simon Harris had met with two groups – the coalition to repeal the 8th amendment, and the National Women’s Council of Ireland (NWCI). The purpose of this meeting was to brief them on “the process ahead of the referendum, which is due to be held by the end of May, and the key dates in the Government’s timeline”, according to The Irish Times.

The NWCI is a taxpayer funded organisation, which has received over €2.7million in public funding since 2011. Its funding increased by some €80,000 annually in the most recent budget, ahead of the referendum campaign. The McKenna judgment of the Supreme Court in 1995 prohibited the use of public funds to support one side of a referendum campaign. The NWCI has not registered with the Standards in Public Office Commission (SIPOC) as a registered third-party campaign group.

Despite this, the NWCI is at the forefront of the campaign for a YES vote. Its director, Orla O’Connor, is a regular guest in the media promoting the repeal campaign. Its social media accounts promote and endorse repeal. Leaked documents from Repeal campaign meetings reveal that the NWCI is taking a leading role in preparing the ground for the YES campaign. Now, Minister Harris has briefed the NWCI and another repeal group on information that NO campaigners are not privy to, including “key dates and timelines” for the campaign.

This follows a situation where another prominent “repeal” group, Amnesty Ireland, has refused to return an illegal donation to an American foundation that is working to change Irish law.

“The repeal campaign is flouting every law and convention we have in Ireland to ensure a fair and honest debate. We have seen illegal funding. We have seen organisations openly refusing to obey the Standards commission. Now we are seeing public funds being mis-used to support one side in a referendum campaign, and one side of the campaign getting secret briefings from the cabinet ahead of the referendum being announced.

The Irish political and media establishment is determined to win this referendum any way it has to. It is very clear that to the Government, repeal campaigners, and frankly, the media that is supposed to hold them to account, that laws mean nothing when repeal is on the line.

Despite this, our campaign is gaining ground, and there is a palpable nervousness in political circles that this referendum may yet be defeated, as it should be.

We are calling today on Minister Harris to make clear that:

“At the moment, there is one rule for the repeal campaign, and another for everyone else”, Ms NiBhrian concluded. “The desperation to win a referendum is leading Government, the media, and repealers to flout the laws of the land with reckless impunity. For the sake of our democracy, this simply cannot continue”.