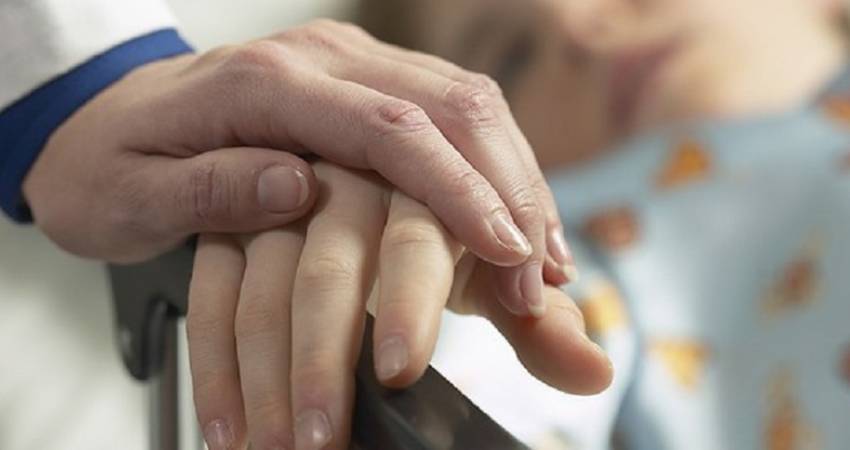 Euthanasia and abortion: two sides of the one coin

Spiked is an online blog whose writers regard themselves as proudly anti-establishment, but when it comes to abortion, they are all staunch supporters, from Ella Whelan declaring that abortion on the grounds of disability is not discrimination to Anne Furedi's sycophantic praise for Andrew Cuomo’s New York law for abortion to birth for any reason. However, Spiked author Kevin Yuillis concerned about the potential legalisation of euthanasia in Spain and Portugal and states "But while the legalisation of abortion, for example, ought to be celebrated as a victory for women’s reproductive rights and individual freedom, there are good reasons why we ought to resist the move to legalise euthanasia and assisted dying."

He is clearly suffering from “cognitive dissonance”, when a person holds contradictory attitudes or beliefs and what Rachel McNair describes in Achieving Peace In The Abortion War, as when an individual is opposed to a type of violence but still supports abortion wholeheartedly and sees no contradiction in this stance. Yuill sees legalised abortion in Spain and Portugal as a good thing, a rejection of the Catholic Church but mysteriously has misgivings about legalised euthanasia and assisted dying in the same nations.

Yuill references euthanasia laws in Belgium and the Netherlands, where lives are routinely ended due to psychiatric illness. In the UK, a woman can cite a vague mental health reasonand she is legally entitled to an abortion, where one in four pregnancies currently ends in a termination, the highest level ever recorded in the UK. Yuill mentions Belgian woman Tyn Nys who was euthanised in 2010 due to a failed relationship which her family has argued fell far short of a ‘serious and incurable disorder’ required under Belgian law. But just as abortionists seem to be practically untouchable when a woman is left physically damaged, or even dead, the doctors in Nys’ case were acquitted. When Irish resident Aisha Chithira bled to death in a taxi after her abortion in London in 2012, her doctor’s and nurses’ original manslaughter charges were dropped in 2016, despite the ‘repeated failures’ at the Ealing clinic.

Yuill references the “coffee euthanasia” case in Holland, where a doctor slipped sedatives into the beverage of a patient with Alzheimer’s and she and the woman’s family held the elderly woman down while she administered a lethal drug. The doctor was later acquitted for her actions, claiming that the elderly woman had consented to be euthanised four years beforehand. A simple Google search will reveal how common it has become for men to spike their girlfriends’ or wives’ drinks with abortion drugs in order to induce a miscarriage. In the USA, one man is serving 22 years for this crime, and a woman is facing up to eight years for selling illegal abortion pills online,

Yuill alludes to former euthanasia supporter, Dutch medical ethicist Theo Boer, who now says: “Look closely at the Netherlands because this is where your country may be 20 years from now.” And yet those living in nations with many years of legalised abortion have been making similar statements for decades. Tellingly, Boer’s opinions are referenced in a published article in the pro-abortion Guardian newspaper entitled: Death on Demand: Has Euthanasia Gone Too Far? Abortion on demand is exactly what US Democrats and the UK Labour Party are currently pushing for.

Yuill makes reference to Canada, which already has a very broad euthanasia law and a new bill is about to remove any remaining safeguards. It is also worth noting that Canada has actually no abortion law and is available to birth for any reason whatsoever. Yuill conveniently omits this detail of the connection between Canada’s disposable attitude to its youngest most vulnerable members and those suffering from serious illness, dementia or simply have become a “burden” to others.

Yuill continues to further defend euthanasia safeguards: "...legalising euthanasia and assisted dying can occasionally put pressure on individuals to opt for an early death. But there is a more fundamental problem. Legalising euthanasia and assisted dying creates a culture in which death is presented as a form of medical treatment. There is, of course, always talk of safeguards, of strict conditions that have to be met before allowing someone to be euthanised or to request assistance to die. But such safeguards are always breached, and the strict conditions are always relaxed.

This is exactly what has already happened with abortion around the globe. There are many documented examples that women are pressurised into having abortions, as an easy solution. Terminations are presented as a form of medical treatment - pregnancy is the disease and abortion is the cure. When abortion is first legalised, there is a promise of strict protocols and criteria but gradually, these become more “relaxed”.

In the following lines, Yuill’s arguments against euthanasia could just as easily be describing abortion when the words “die / death” are removed and replaced by “abortion”: Again and again a nation enshrines the right to [abortion], stating that it is only to be exercised under strict conditions, and again and again those conditions are relaxed. [Abortion] soon starts to appear as an all-too-acceptable solution to all sorts of medical conditions and, just as worryingly, emotional situations. Some in Spain and Portugal might feel that legalising [abortion] indicates the extent to which they have embraced a new era of post-Catholic freedom. But the right to [abortion] is not an expression of freedom. It is an expression of nihilism.

Yuill's fears over legal euthanasia is not so bewildering to most pro-lifers. Lack of respect at the beginning of life leads to a devaluing of life at the other end of the spectrum. Where one is disposable, the other is sure to follow. And when a nation no longer has any misgivings about abortion, it stands to reason that euthanasia will also become acceptable, even a cause for celebration to the same citizens.

We are simply witnessing the inevitable and many abortion advocates, including Yuill, are just not yet ready to connect the dots.