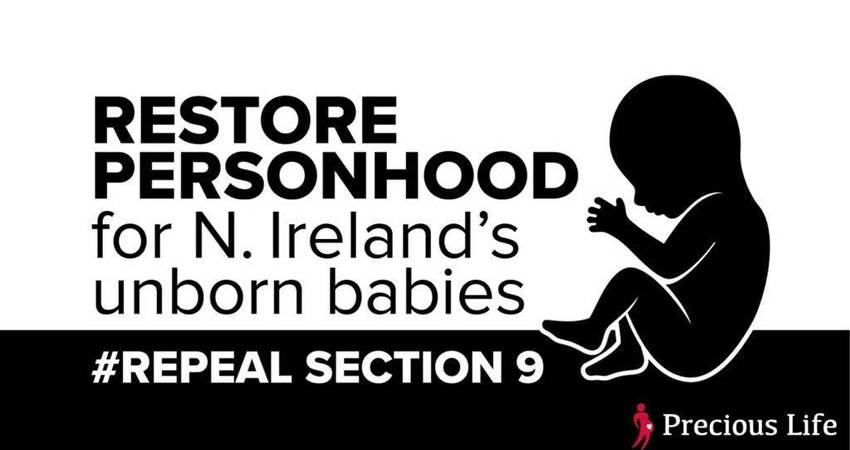 Department of Health (DoH) figures released at the start of October revealed that 664 abortions have now been carried out in Northern Ireland. Director of Precious Life Bernadette Smyth said, “The theme of our LIFE CHAINS is ‘Restore Personhood’ for Northern Ireland’s unborn babies. We mark the first anniversary of one of the darkest days in Northern Ireland history, when the Westminster Parliament forced abortion on Northern Ireland, aided and abetted by pro-abortion MLAs in our Assembly.” Ms Smyth added, “We will hold these LIFE CHAINS also in remembrance of the 664 babies killed in Northern Ireland since abortion was legalised.”

“The DoH figures expose the hypocrisy of the Government and pro-abortion MLAs in our Assembly. For the past 6 months, we’ve been listening to the preaching to us about protecting and saving lives. But the abortion law they implemented has now lead to the killing of 664 innocent unborn babies. They have allowed more lives to be lost to abortion than have been lost to the coronavirus in Northern Ireland.” Sixteen LIFE CHAINS have been organised in towns and cities across Northern Ireland.

Each LIFE CHAIN will adhere to government social distancing regulations allowing outdoor events of up to 15 people. A special LIFE CHAIN event with guest speakers will be live-streamed on social media. Bernadette Smyth concluded, “Precious Life’s campaigns will continue until our Assembly REPEAL SECTION 9 and RESTORE PERSONHOOD for Northern Ireland’s unborn babies.”