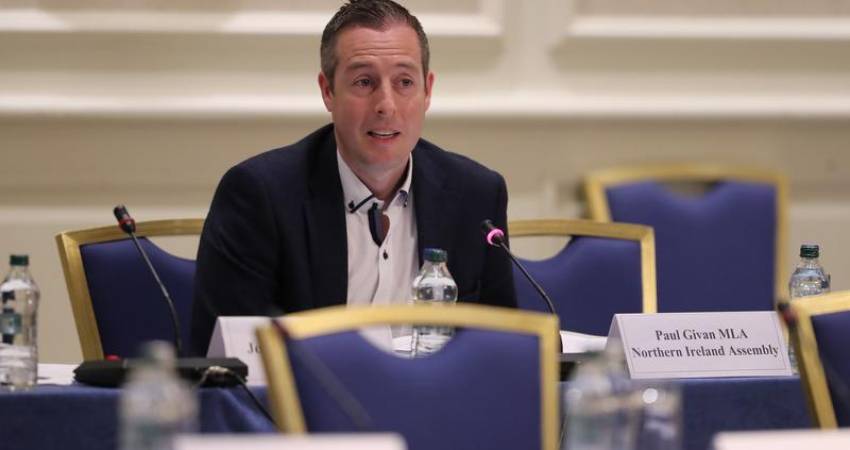 A private members bill is seeking to change Northern Ireland's current abortion law on disability grounds. Currently, abortion is legal in the region for any reason up to 12 weeks, and up to 24 weeks when the mothers life is in danger - but is legal up until birth in the case of a disability, which can include Down's syndrome or a cleft palate.

Paul Givan, a member of the Democratic Unionist Party, is presenting the bill in order to repeal the section of the abortion law that allows for abortion in the case of a disability.

“The current law tells those with disabilities that they are worth less than other people, their contribution is less valuable, their lives less important, less full,” Mr Givan told the Belfast Telegraph.

Mr Givan is receiving support from the Don't Screen Us Out disability rights group and from disability activist Heidi Crowter, who is taking the UK government to court due to their current abortion law that allows for abortion for babies with a disability up until birth. Heidi also spoke at the virtual Rally for Life 2020 in Ireland where she called out the abortion law as “downright discrimination”.

Ms Crowter told the Belfast Telegraph: “This bill that allows abortion up to birth in Northern Ireland makes me feel that I am not as valued as anyone else. Maybe people are even told that living with Down’s syndrome is too hard, but research confirms that people with Down’s syndrome and their families are happy with their lives.”

Laura Denny, a Belfast mother whose son Nathan has Down's syndrome, is also supporting this bill.

“It wasn’t until my son Nathan was in my arms that I realised I had a baby and not just a diagnosis,” she said.

“Termination was suggested to me in my pregnancy and I will never forgive myself for having considered it when I was given no hope for my baby. After a very turbulent pregnancy with Nathan and not a lot of medical support, we are hoping to raise awareness and challenge preconceptions of having a child with Down’s syndrome.”

However, the bill does not protect babies diagnosed with a disability if they are not expected to survive after pregnancy.