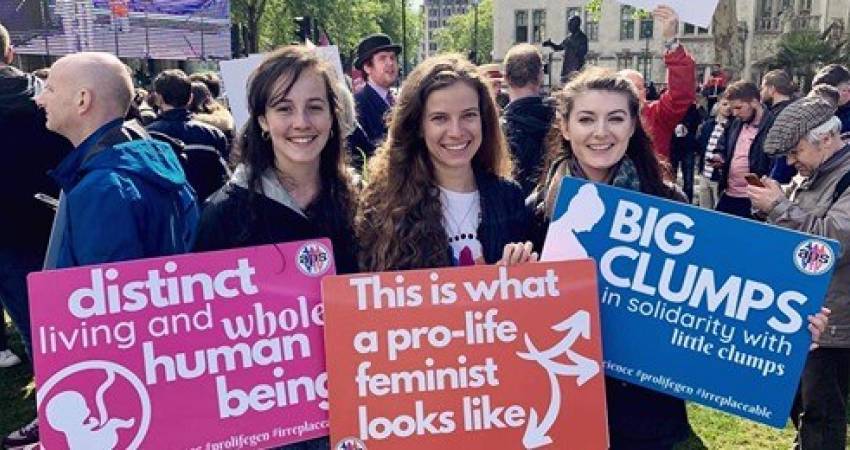 Last week, the Alliance of Pro-Life Students (APS) released the shocking results of a poll they conducted investigating the freedom of expression for pro-life students in universities. They found that over 70% of students have been placed in a situation where they felt that they could not speak about their pro-life views in lectures or seminars - but that pro-life societies continue to grow despite intimidation and censorship.

In recent times, cases have come to light of pro-life societies in universities having to battle with their Student Unions in order to be officially recognised, with the Aberdeen Life Ethics Society having to file a lawsuit for unlawful discrimination.

With a sample of over 200 pro-life students across the UK, this poll was conducted as part of a submission for the parliamentary Joint Committee on Human Rights, who are asking for evidence as they investigate a new inquiry into freedom of expression.

“These statistics are alarming, yet confirm what we already know – pro-life students are being marginalised and silenced at universities,” said Madeline Page of APS.

"Institutional policies which refuse to allow certain topics to be discussed don’t just damage free speech – they destroy a culture of tolerance and respect on campus, ruining the chance for all students to engage with people of diverse opinions and understandings," she said.

"This was made abundantly clear in the results of our survey which found that 53.7% of pro-life students have had a friendship or relationship adversely impacted because they held pro-life views. We trust that the Joint Committee on Human Rights will consider these results carefully as they reflect on the current status of freedom of expression in the UK. Intolerant censorship at our universities inevitably becomes intolerant censorship in wider society.”

The co-president of the Oxford Students for Life society in 2016-17, Georgia Clarke, reported that “Police were called to one event because one of the protesters became aggressive with a security guard. The chanting included phrases such as “Pro-life that's a lie, you don't care if women die” and the signs read “In women we trust”. As a woman, this was incredibly hurtful and alienating. My womanhood wasn't the kind they trusted.”

On another occasion, the society was asked to close the curtains during a talk on gender-selective abortions, because their presence could be upsetting to people who could see in.

Daisy Mae Vanderputt from Birmingham reported “We experienced over 2000 abusive comments on one Facebook page for Birmingham students. These included comments saying society members 'should be killed'.” Additionally, Peri Dalkis from Aberdeen Life Ethics Society (ALES) explains how on a Facebook page, one student stated “that all the girls in ALES were 'fat mutants'.”

“In one severe example of discrimination, a midwifery student from Nottingham University faced suspension and a fitness-to-practise hearing due to her leadership in her pro-life group. Julia Rynkiewicz experienced four months of anxiety before allegations against her – based on her representation of the society at the freshers’ fayre – were dismissed. Last month, she accepted an apology and a settlement offer from Nottingham University in recognition of her unfair treatment.” APS reports.

“With advancements in our scientific understanding of life before birth, making support for abortion harder and harder to justify, an increasing number of students are joining pro-life societies every year.” continues Miss Page.

“Since 2012, the number of pro-life societies at universities has increased from 4 to 16, doubling from 8 to 16 in just 18 months. These societies advocate for a better future by giving practical and material help to mothers in need, while also presenting their views amongst the student body. Discrediting them and shutting them out from campus life is unjust, uncalled for and damaging," she said.

"It is wrong to make students feel unwelcome simply for having an opinion. We need to reinstate a vibrant culture of learning, discussion and mutual respect at universities across the UK.”