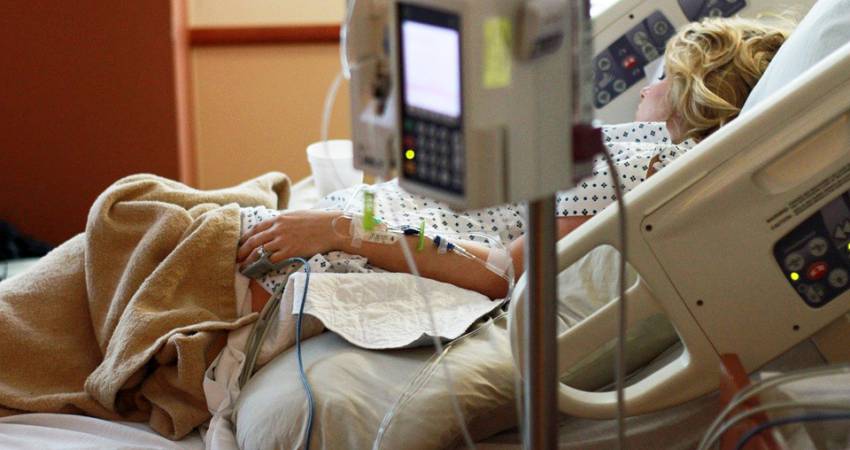 In the abortion debate, people are often falsely told that abortion is “necessary” to  save a woman's life; a view that is often reiterated by the mainstream media. However, the same media is silent on  the tragic case of a woman who died after undergoing an abortion. This important piece on Gript gives the details.

“Most of the media, both in Ireland and abroad, are obsessively interested in any story around abortion – but only, it seems, if the story fits a certain narrative,” Niamh Uí Bhriain said. “That might explain the dearth of coverage around the death of a young women in Blackpool who died of sepsis after an abortion.”

"Her name was Sarah Louise Dunn and she was 31 years old. Apart from the Blackpool Gazette, the media seems to have completely blanked her tragic death. There are no candle-lit vigils, no angry tweets from the National Women’s Council, no impassioned speeches.

Her face is not on the cover of a national daily, and her name is not trending on social media. Because Sarah Louise Dunn died after an abortion, the media simply don’t want to know. Women’s abortion stories don’t matter, you see, when they might disrupt the insistent media drumbeat that every abortion is a good abortion.

The Irish media have, of course, invested more than a decade’s effort into spinning the deceitful narrative that abortion is necessary to save women’s lives. So when women are harmed or killed by abortion, that’s a story best ignored.

Now, you might argue that the death of a young mother in Blackpool is not necessarily of interest to an Irish audience, but the British media has almost completely ignored this story as well.

And the truth is that the Irish Times and the Independent and RTÉ regularly report on abortion stories from the U.S. or from Poland or from any jurisdiction where they feel that some pity or mercy for the ever-growing body count of pre-born babies might interfere with the right to have an abortion at any time or for any reason.

But they are not interested in Sarah Louise Dunn. She died of sepsis AFTER an abortion. Her death doesn’t fit the narrative.

The contrast is particularly egregious when you consider how Ms Dunn died. In March 2020, she underwent an abortion. She then felt unwell and approached her GP “several times” over the next two weeks. On 10th April, 2020, Ms Dunn was taken by ambulance to the Emergency Department in Victoria Hospital. She died the following day from sepsis.

The local coroner, Louise Rae, wants an independent expert to examine the case, and a full investigation into her death is due to take place for the first week in November.

The contrast with reporting around the sad death of Savita Halappanavar could not be more stark. In fact, if you search google using the terms ‘woman dies sepsis abortion’ there is no mention of Sarah Louise Dunn. Instead there are more than 6 million results about the death of Ms Halappanavar.

The media never waited for the result of any investigation into Savita’s death, of course. They simply used the story to push for abortion-on-demand. In fact, three separate investigations found Savita had died of sepsis because of medical mismanagement in an over-stretched hospital, but that was largely ignored.

Instead, the media created a global crescendo insisting she had died because of Ireland’s ban on abortion. That was then used to build support for repealing the 8th amendment, in particular in those last few weeks before the 2018 vote when polls showed the Yes vote was slipping.

But the media have been following this particular playbook for a long time.

In 2012, the same year that Savita died, Aisha Chithira travelled from Ireland to a Marie Stopes clinic in Ealing to undergo an abortion. She was then put into the back of a taxi despite being obviously unwell. She bled to death after a botched abortion. Her death received scant coverage – and we saw none of the chorus of condemnation that should have been expected when a woman died after a procedure which is sold as a requirement to protect women.

The truth wasn’t important. Women, it is evident, aren’t that important either. Using women, and women’s tragic stories, to push an agenda is seemingly the real incentive behind most of the media reporting around abortion.

May Sarah Louise Dunn rest in peace. And may her family get the justice they are now fighting for. But they’ll likely find that they have no allies in the supposedly pro-woman establishment in that fight."