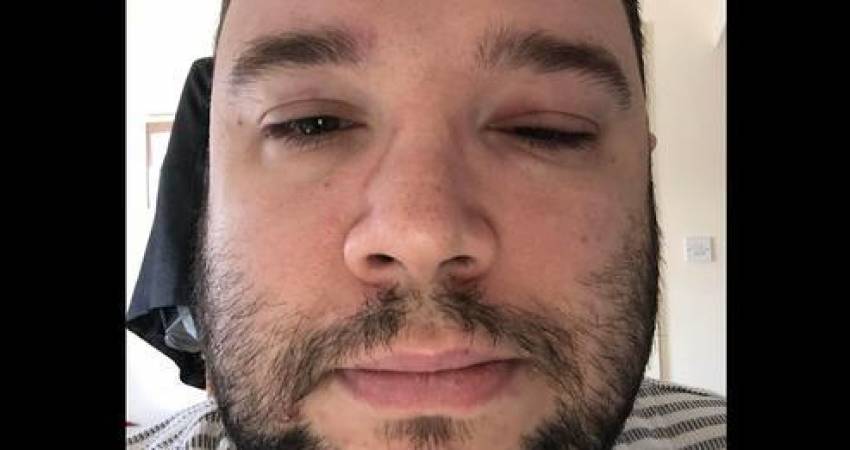 Aontú Councillor Emmet Doyle has spoken out after he was the victim of an ‘unprovoked’ violent assault in Derry City centre on Friday morning.

The pro-life Councillor, who is a member of Derry City and Strabane District Council, alleges that he was physically assaulted by an abortion campaigner who was part of a group “deeply opposed” to his stance on abortion and the right to life.

In a statement shared with Gript on Saturday, Cllr Doyle detailed the shocking incident, which appears to be solely motivated by his personal beliefs on abortion.

“Whilst in the city centre in the early hours of Friday morning I suffered a vicious assault in Waterloo Street,” he said.

“After entering a food establishment alone, a group of people entered, some of whom I recognised to be members of a group deeply opposed to my stance on the right to life.  They engaged me verbally and I left with my order.

“On leaving the premises I was accosted and received a cut to my head, bruises and black eyes. The attack was unprovoked”.

The popular Derry City councillor, who was inundated with well wishes on social media in the wake of the alarming assault, said he would refuse to allow the incident to silence him about his beliefs.

Last night, #Derry #Aontú councillor, @EmmetDoyleDerry was verbally abused by one of a group of pro-abortion activists in a local shop. Once outside the premises, he was physically attacked by one of them.

“As an elected representative, I passionately defend what I believe in and act on behalf of constituents regardless of their views.  I would never think of physically attacking an opponent, we are all entitled to our views and the respect to communicate them,” he said. 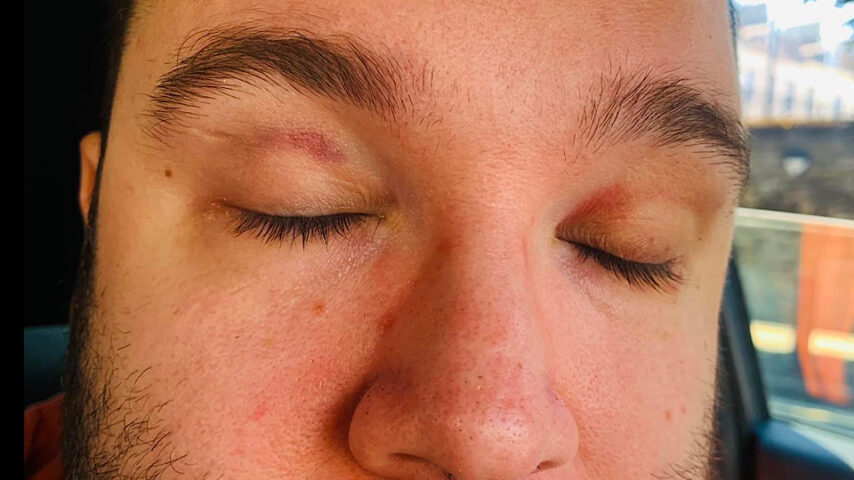 He further added that he had reported the attack to police, who did not attend the scene of the incident, but had later gotten in touch.

“I rang the police after the event to report the attack, but they didn’t attend the scene and rang me some time later.

“I was contacted and asked to come to the Strand Road Police Station this afternoon which I did, to be told no one was available to take my statement.  I will attempt to do so again in the coming days.

“I’m deeply grateful for the messages and support I have received from my party leader, Peadar Tóibín TD, family, party colleagues, constituents and colleagues from across Council,” he said.

“Our city centre should be safe for anyone.  Violence is entirely unacceptable no matter the victim and I intend to ensure the perpetrators are identified and prosecuted.

“Nothing will stop me serving my constituents, I won’t be silenced,” he added.

Hundreds of people on social media took time to wish the Aontu politician a fast recovery, while also condemning the vicious attack.

Retired SDLP MLA and former mayor of Derry Pat Ramsay slammed the incident as ‘unacceptable’, writing: “Emmet this is a disgrace and hope you are feeling better today. Let’s hope that the police pursue the culprit for a serious charges. Unacceptable”.

Others called for Northern Ireland’s MLAs from across the political divide to condemn the incident, while the actions of the individuals were also condemned as ‘cowardice’ and ‘disgraceful’.

“Hope you are well soon. We appreciate your stance on this issue and you have out full support. They are cowards and bullies you are a man of resolve and integrity. God bless. In our thoughts and prayers,” one Facebook supporter penned.

On Twitter, another user praised the work of the politician while expressing their anger at what had taken place: “Absolutely fuming at this. This man works his heart out for everyone in Derry. He stands his ground in the defence of and unborn. Absolute thugs”.

Last night, #Derry #Aontú councillor, @EmmetDoyleDerry was verbally abused by one of a group of pro-abortion activists in a local shop. Once outside the premises, he was physically attacked by one of them.

Sharing an update over the weekend, Cllr Doyle said he was grateful for the support he has so far received, writing on social media: “Immensely grateful for the calls, posts and messages today from some Council colleagues, friends and constituents.

“Violence has no place in political discourse, we often disagree but there is a line that shouldn’t be crossed, though some have sought to justify what happened.

“Despite a sore head today, I spent my afternoon on housing cases and planning for next weeks meetings – the work I love. Tomorrow is another day and despite having to spend time in the police station I’ll be getting on with it”.

This piece was first published on gript.