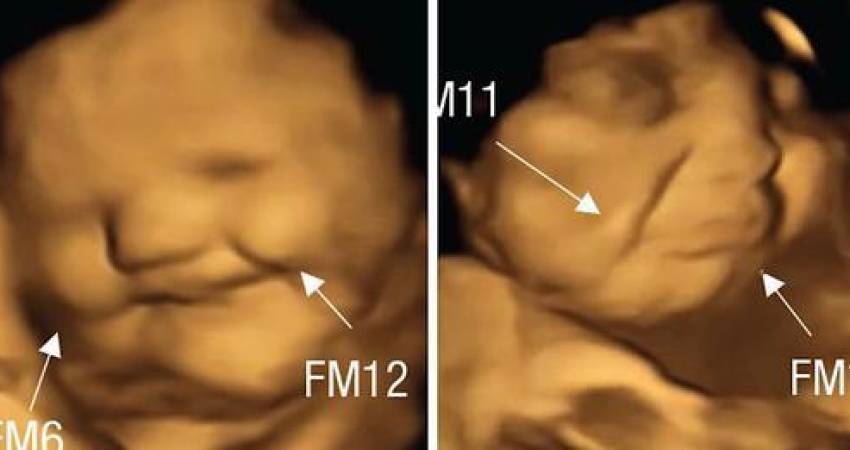 Babies in the womb 'smile' and 'cry' in reaction to what mum eats, world-first study shows

A new study from Durham University has recorded evidence that unborn babies experience the flavour of their mother’s food, and react differently to various smells and tastes while in the womb.

The study, published on 21 September in the Journal of Psychological Science, is believed to be the first of its kind to prove that unborn babies can experience the flavour of their mother’s food by swallowing or inhaling amniotic fluid in the womb.

While previous studies have suggested that babies can taste and smell while in their mother’s wombs, they have been based on post-birth outcomes. Researchers, who were led up postgraduate research student Beyza Ustun, working with co-author Professor Nadja Reissland, explained how their study, however, is the first to see these reactions before birth.

The amazing first-time photographs of children in the womb reacting to different foods their mothers have eaten have been released, with the unborn babies captured smiling when they smelled and tasted carrots, but were twice as likely to cry when exposed to greens.

Exposure to just a small amount of carrot or kale was enough to stimulate a reaction, the scientists said.

A 2014 study by the Monell Chemical Senses Centre in Philadelphia concluded that a child’s food preferences do indeed begin in the womb, with tests showing that what a woman eats during her pregnancy was easily detectable in the amniotic fluid, with the baby developing a taste for familiar flavours from 15 to 16 weeks after conception.

Researchers concluded that unborn babies showed that a sweet tooth indeed begins in the womb, with unborn children showing their appreciation for sugar by swallowing more amniotic fluid when it’s sweet, and less when it’s bitter.

“The photos are just amazing,” said Life Institute spokeswoman Megan Ní Scealláin. “And the study completely dispels any notion that the unborn baby is not a human being just like the rest of us. Time for the law to catch up with the science”.