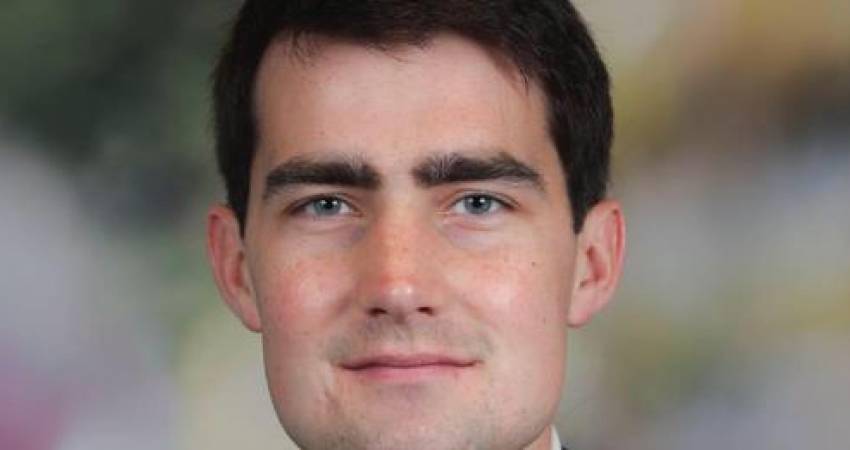 Chambers, weak men, and the delusion of ‘pro-choice’ votes

In the period before the referendum on repealing the 8th, Fianna Fáil TD Jack Chambers took some flak online for taking a pro-life stance. Things got ugly on Twitter, and the Dublin West TD eventually switched off his notifications.

He supported a No vote in the referendum, but after the 8th was repealed, he voted in favour of the abortion legislation which was rushed through the Dáil in late 2018.

Now, in a grossly transparent effort to ingratiate himself with the biggest abortion campaign in the country – the collective known as the liberal media – Chambers is declaring himself to have ‘evolved’ on the issue.

That convenient evolution has brought him not only to support abortion on demand to twelve weeks, but also to hint at forcing those pesky doctors who aren’t yet providing abortions to do so.

Furthermore, he told the Independent, he is  ‘also “open-minded” about expanding abortion services further’, since apparently 21,000 abortions in a few short years still isn’t enough for the ghouls Chambers now wants to keep happy.

He didn’t seem to express any qualms, unless Hugh O’Connell failed to report them, about the horrifying reality of late-term abortions taking place in Ireland as evidenced by research published in the British Journal of Obstetrics and Gynaecology.

Nor did he have anything to say about the Baby Christopher case where an unborn child was mistakenly diagnosed with Trisomy 18 and his parents pushed towards abortion. After the child’s life was ended, further tests showed that the baby boy was, in fact, perfectly healthy.

Chambers didn’t raise any concerns about any of these outcomes, which shocked many Yes voters by the way, because he is chasing this elusive thing called the pro-choice voter.

He is as deluded as he is unprincipled.

The truth is that abortion isn’t a primary issue for the vast majority of voters, no matter how much the Independent or their oily interviewees wishes otherwise. A 2016 election exit poll for RTÉ, for example, found it was a priority for just 2% of voters, most likely divided between pro-life and pro-abortion. Most people continue to base their first preferences on housing or health or the cost of living.

Neither is there any  evidence that voters seek to punish politicians who take a pro-life stance, in fact, the contrary seems to be the case.

It certainly didn’t hurt any of the 15 pro-life TDs when they showed the courage of their convictions in 2018 and voted against abortion. Everyone of them kept their seats in the next election  – and were joined by an additional pro-life Independent, Richard O’Donoghue, who incidentally was previously a member of Fianna Fáil.

In contrast, many of the most stridently pro-abortion TDs, like Kate O’Connell of Fine Gael, Socialist Ruth Coppinger, and Fianna Fáil’s Lisa Chambers lost their seats. Clearly, those who prophesied a bounce for the Soldiers of Destiny because of Micheál Martin strong support for abortion were wrong.

Yet Fianna Fáil has been swayed by this guff, often coming from expensive strategists, for almost a decade now, and they are paying the price in the polls, because they are kicking not just their conservative voters but many of their own party activists in the teeth.

I’ve lost count of the number of people who saw themselves as Fianna Fáil grassroot members from the cradle who have told me that the party’s embrace of abortion was the last straw. When they left the party, they didn’t just take their vote, they took their time and energy, which the party badly needs for the campaigns and canvasses which means it actually exist at all.

Fianna Fáil voters actually voted against Repeal by a slight majority according to exit polls, but losing those activists is far worse in the long term than riling voters, because dedicated party workers are hard to come by and are far more likely to give serious weighting to issues of principle.  And of course, there’s the obvious fact that 1 in every 3 people voted against abortion, some 723,000 people – and that many of those who voted Yes don’t share the breezy abortion-without-limits position that the Fianna Fáíl TD appears to be adopting

Chambers, who likely has his eye on leadership, might be banking on the media support available to anyone who goes on a journey that turns reality on its head and dresses killing up as compassion. But being a media favourite isn’t enough either.

Take Simon Harris, the former Minister for Health, whose support for abortion bordered on the obsessive, and who could always rely on the media for some favourable, supportive coverage as he relentlessly tweeted in favour of an increasingly extreme abortion regime. Yet Harris, a sitting high-profile member of Cabinet, barely scraped back in because he was possibly the worst Minister for Health in history. All the media applause for his pro-abortion stance couldn’t change that.

And the media, and the extreme repealers who populate the NGOs, wouldn’t vote for Fianna Fáíl in a fit anyway. Chambers is that sorriest of losers, pathetically chasing someone who is not remotely interested.

The latest poll shows Fianna Fáil  on 15%, and, as my colleague John McGuirk said today, increasingly drifting on, towards disaster.

His unprincipled flip-flop was commented on by Senator Sharon Keogan, who was scathing at what she saw as the lack of strength or principle in Fianna Fáil. “This is what happens with weak men. They buckle under power,” she wrote.

This is what happens with weak men. They buckle under power. As Minister for Sport, I've little faith in him now to protect and safeguard Women & Girls spaces in Sport. The fight goes on. #AnythingGoes #SaveWomensSports #ProtectWomenOnlySpaces pic.twitter.com/5IW8Zg2Hvm
— Senator Sharon Keogan (@SenatorKeogan) May 29, 2022

I couldn’t agree more. And as one voter also wrote in response to the Indo’s headline of ‘Jack Chambers: I’ve changed my stance on abortion”: