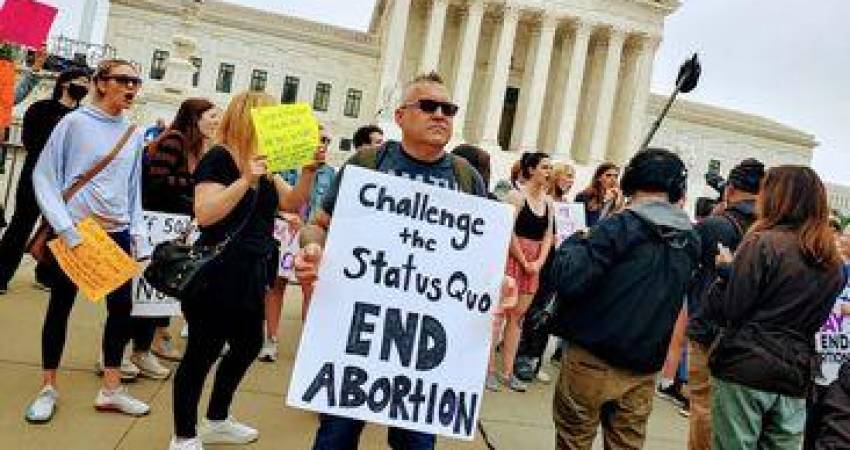 This week, a draft opinion from US Supreme Court Justice Samuel Alito was leaked, which would – if its core remains as part of the final ruling – overturn Roe v Wade, the 1973 decision which found that abortion was a Constitutional right.

Cue absolute consternation, wailing and gnashing of teeth, not just from American abortion campaigners, but also from a great many Irish establishment figures and commentators.

Their outrage and dismay is all a bit farcical for several reasons, not least that their anger is aimed at a decision which would give voters the right to choose their own abortion laws.

Isn’t it curious that those who have spent decades framing this debate in terms of ‘choice’ would take such a stance? Or maybe it isn’t? Maybe that contradiction lies at the very heart of the issue?

If the draft opinion holds – and that of course is an important caveat – the Supreme Court will not have made abortion illegal in the United States. That is not within their remit when it comes to the case under consideration – whether Mississippi can outlaw most abortions after 15 weeks gestation.

In finding for Mississippi however, the Justices can strike down the Roe v Wade decision, so that the issue is returned to each state.

But abortion supporters are grievously unhappy at giving this choice to voters. They have, erroneously, viewed abortion as a right, ignoring the fact that each pregnancy involved at least two people whose lives need and demand protection

In finding that the US Constitution conferred a right to abortion, Justice Alito wrote, the decision in Roe “was egregiously wrong from the start”. He described the 1973 reasoning as “exceptionally weak” and said the decision “has had damaging consequences”.

The draft opinion states: “We therefore hold that the Constitution does not confer a right to abortion.”

“It is time to heed the Constitution and return the issue of abortion to the people’s elected representatives.”

Princeton Law Professor Robert George said this week that the decision in Roe was not just a “grave injustice against the unborn” but also “an unconstitutional decision—an act of ‘raw judicial power’.

“The right to abortion it proclaimed lacked any basis in the text, logic, structure, or historical understanding of the Constitution,” he wrote.

So the issue looks set to return to the states, and a map released by the abortion-supporting Guttmacher Institute explains the explosion of anger and rage from Democrats, abortion providers and much of the media. 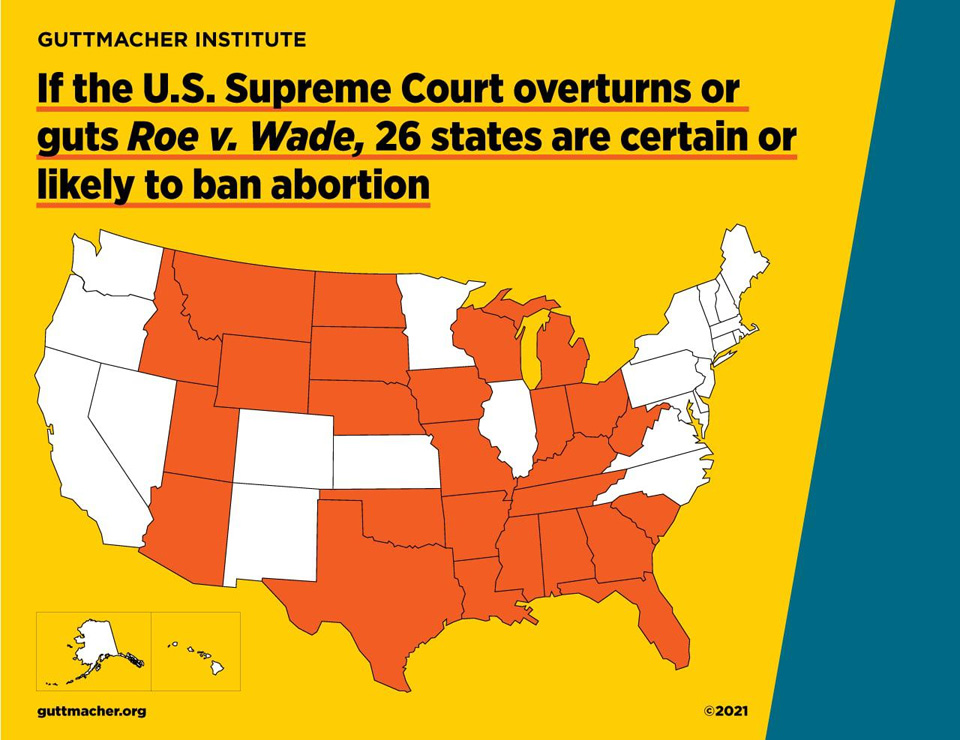 Guttmacher is exaggerating, of course. Many of the 27 states it highlights might restrict abortion, few will ban it outright. Even Mississippi, the state who case is under consideration only seeks to ban abortion after 15 weeks, though most abortions happen before then,

Still, the trend is inescapable, and many of the states highlighted do have ‘trigger laws’ – a ban on abortion which will be effected if Roe is overturned. It is expected that states like Alabama, which sought to ban abortion in 2019, will now return to that legislation. Any constitutional challenges to The Heartbeat law in Texas which banned abortion after 6 weeks now look very unlikely.

It is certain that many states will restrict abortion, which means less babies being killed, and less women exploited and this is reason to cheer.

States where politicians are vigorously opposed to any restrictions in abortion, may of course see an opposite effect, as has already happened in New Jersey and New York – which wants to become a ‘haven’ for abortion. Voters can then elect or ditch politicians based on these policies. A sort of ‘pro-choice’ solution, one might argue.

The obvious flaw in that reasoning is that the right to life of the unborn child is intrinsic and should be inalienable and imprescriptible – not subject to any vote or court decision. That’s what the pro-life movement which has not just history but science and compassion on its side would argue.

But it is interesting, all the same,  to see the ‘pro-choice’ movement fight so hard to deny voters any choice in whether they want to allow – and indeed fund –  unlimited abortion.

Justice Alito might have hit something in his draft opinion when he talked about the unsavoury motivations of some of those supporting abortion – and who freely expressed such views before they had the guile not to say the quiet part aloud.

“Some such supporters have been motivated by a desire to suppress the size of the African American population,” Alito writes. “It is beyond dispute that Roe has had that demographic effect. A highly disproportionate percentage of aborted fetuses are black.” It wasn’t just about race either: some of the most well-known of abortion proponents, like Margaret Sanger, saw abortion as a means of eliminating poorer people and people with disabilities.

Certainly, abortion providers and their cheerleaders have done very little since 1973 – when Roe was first handed down – to offer women real choices. Instead, it was the pro-life movement who led the way, in the U.S. and globally, to provide women with unexpected pregnancies with practical and emotional support to keep their babies.

What we’ve seen over the 50 years since Roe v Wade is that those who say they are ‘pro-choice’ are usually just telling women they are on their own. Where is the freedom and safety that abortion was meant to confer? Isn’t it telling that it was so strongly supported by sleazy, creepy, feckless men like Harvey Weinstein.

The next two months will see a frenzy of agitation by some of the most powerful, wealthy and well-connected people in the U.S. to try to either browbeat judges into changing their vote or stop the ruling in some other way. It seems unlikely, however, that these efforts will succeed.

The reason why abortion supporters don’t want voters to have a choice about legalising or funding abortion is because they don’t trust them. For 50 years, the pro-life movement has done an excellent job in exposing the cruel and heartbreaking reality of abortion. Now, most Americans want it restricted, at the very least.

Roe is being overturned. Change is coming. And it will bring a better future for both mother and child.