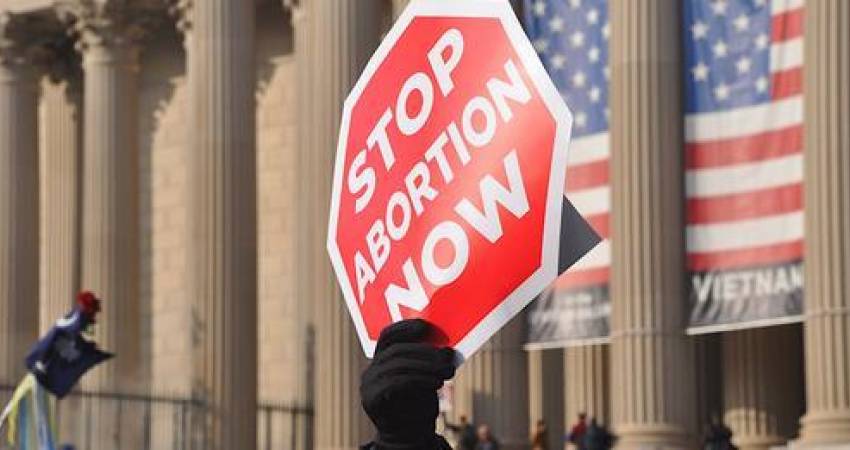 The extent to which Irish left liberalism is an adjunct – both ideologically and indeed to a large degree financially – of the Anglo liberal sphere is sharply illustrated by the reaction to the leaked United States Supreme Court judgement on the 1973 Roe v Wade decision that legalised abortion on demand.

The publicly funded state broadcaster framed their piece in the context of “abortion rights”, missing the entire context that the spurious claim that the rights of the unborn were inferior, or in fact non-existent, is what appears to have been dismissed by the majority of the US Supreme Court.

The RTÉ attack on the decision goes on to refer to pro-life supporters as “anti choice,” and to quote Senator Elizabeth Warren who used the inflammatory word “extremist” to describe the highest court in her own country, and to accuse it of being “far right.”

One Irish leftist appeared to have been slightly confused about the actual jurisdiction of the Supreme Court in twittering her outrage: 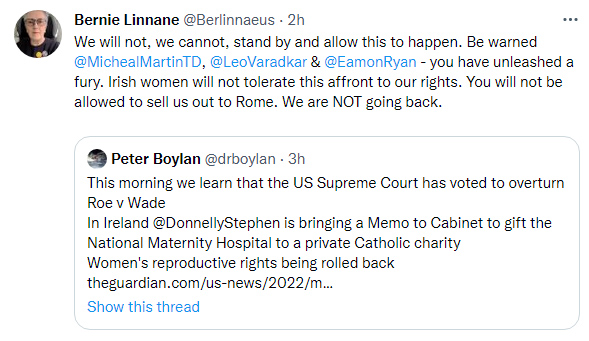 The Irish Times, likewise, clearly neither read the leaked documents, nor has kept abreast of the intellectual and legal debate in the United States and elsewhere. It chooses instead in one of its reports to republish excerpts from Justice Blackmun’s majority opinion in 1973. In neither of its initial reactions does the Times quote from Justice Alito’s opinion which points out that Roe v Wade had “invented a right  mentioned nowhere in the Constitution.”

One of the American Democrats who worked for several years in the office of Sinn Féin leader Caoimhghín Ó Caoláin and who was central to that party abandoning its opposition to abortion on demand was quick to voice her shock:

Perhaps those who remain in Sinn Féin and who are uneasy with the manner in which the party has embraced the ultra liberalism of the Clinton faction, might start to reassess where all of that came from. They might also reflect on Justice Alito’s reference to the fact that abortion in the United States has led to “a highly disproportionate percentage” of abortions among black Americans.

The canard that any of the liberal left; from soft Fine Gael to Trotskyist are anything other than ideological clones of the American white bourgeois left is further underlined by Paul Murphy’s retweeting of Bernie Sanders:

Foremost, of course  when anything happens that upsets the Democratic Party left is how it might all have dreadful consequences for themselves personally. It’s that old myth that the Irish liberal left was ever at some stage dragged out and put in front of firing squads. Thus, Katherine Zappone’s protégé:

And there were other lamentations… 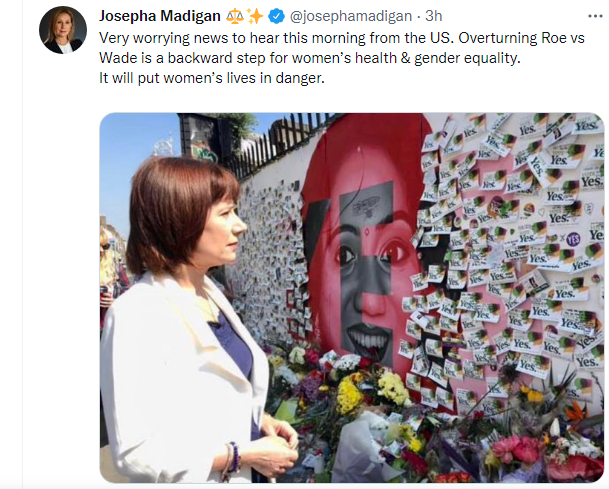 Most do not even disguise the fact that they regard their own politics and activism as an offshoot of what is happening Stateside. This is apt, one supposes, given the strong ideological, personal and financial influence which the Democrats and their billionaire funders have to a disproportionate degree through Irish political parties of all varieties, media and NGOs.

Their hysteria is interesting because any overturning of Roe v Wade will indeed represent a setback for those in this country who would remake Ireland in the image of their sponsors. It may even have a more direct consequence as the massive resources of the corporate liberal left will now be thrown into the attempt to overturn what appears to be the upcoming decision of the United States Supreme Court.