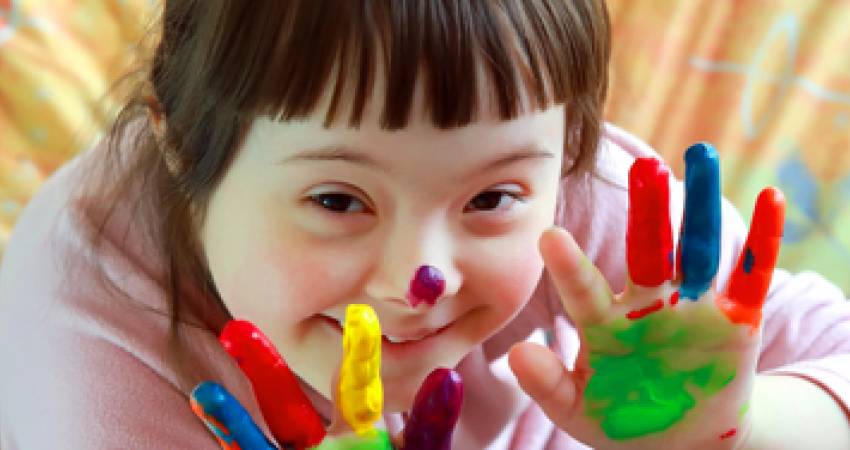 People with Down Syndrome will not be censored on abortion

Last week, Sinn Féin's Louise O'Reilly tried to silence families of people with Down Syndrome who are concerned that legalising abortion would have a devastating effect on their communities.

She read an email to the Dáil chamber from parents of a child with Down Syndrome who support repealing the 8th, and she then accused pro-life people of making "spurious claims", in particular "about the stages of a pregnancy when Down's syndrome can and cannot be detected."

Deputy O'Reilly also claimed that the Abortion Committee had only considered evidence and not opinion. "We chose people based on their expertise and the evidence they could provide. We did not choose them for their opinions. We all have opinions. Evidence is what guided us at the committee."

Unfortunately for O'Reilly, it is the hard evidence that shows beyond any possible doubt that abortion is eradicating people with Down Syndrome.

In Britain 90% of babies diagnosed with Down Syndrome are aborted before birth according to the National Down Syndrome Cytogenic Register. In Denmark that figure is 98%, and in Iceland it is almost 100%.

According to official statistics, in the period from 2008-2012, all babies diagnosed with Down Syndrome in Iceland were aborted. Speaking to the Citizens Assembly last year Prof Peter McParland, the director of Foetal Maternal Medicine at the National Maternity Hospital, Dublin, addressed this issue saying: "“In some countries there will be some that will have no Down syndrome baby. The science has got way ahead of the ethical discussion. As a society we have not reflected on what the implications are."

Some abortion campaigners have pointed out that Iceland has a small population, and the figures coming out of that country are easily misrepresented. However, the incidence of Down Syndrome occurs in 1 in every 1,000 births approximately, and there are some 4,200 births in Iceland every year. Over any given four year period, you would expect some babies to be born with Down Syndrome. But between 2008 and 2012 there were none. They were all aborted.

In Denmark, according to the Danish Cytogenetic Central Register, an average of 98% of babies diagnosed with Down Syndrome before birth are aborted each year .

In 2016, according to official figures 137 preborn babies were diagnosed the condition in Denmark. 133 children were aborted while just 4 were born. Six years previously, in 2010, of the 156 babies diagnosed with Down Syndrome in utero, every single one was aborted.

This shocking and tragic reality is not brought about by chance. In a 2015 interview with Vice News, the Professor of Gynaecology and Obstetrics at the University of Copenhagen, said: "I think that Danish women are less sentimental about aborting malformed fetuses partly because that view is supported by professional medical staff. Recommending abortions isn't an obligation but we give very realistic prognoses..... We give parents realistic expectations about future problems and generally, women carrying fetuses with severe malformations are recommended to terminate the pregnancy."

Denmark’s abortion policy, and its effect on their culture, is clearly central to the almost complete eradication of people with Down Syndrome in that country. It is a reality that the debate on abortion in this country cannot ignore, but because the reality is so horrifying, abortion campaigners want to conceal it.

Louise O'Reilly is not alone in this attempt to silence the truth on this issue. Simon Harris, the Minister for Health, has 'warned' campaigners not to talk about abortion on disability grounds for the referendum, while the editorial of the London Times (Irish edition) has also called for any discussion of the issue to be rejected in the context of the proposed vote.

What they really mean is that those who will be most victimised by the proposed abortion law must be silenced. Such crass attempts at bullying must be strongly opposed.

Those who have spoken and written publicly about their concerns in regard to the devastating effect of abortion has on the number of babies with Down Syndrome being born are to be admired, not censored.

Who would not be moved by this powerful and compassionate piece by Anne Trainer  in the Journal, where she points out that the 8th amendment protected her son Kevin.

Or by Karen Gaffney, who has Down Syndrome, and who spoke so eloquently at the Rally for Life about the very real fear that people with her condition are being almost completely eradicated before birth.

Joseph Cronin's family are taking part in this #abortiondiscriminates campaign because they believe every baby should have a right to life, and, they say, because they want Joseph to grow up in a society where people with Down Syndrome are cherished and their right to life is not extinguished.

Mary Bridget Kelly and her family drew national attention to the vitally important message that Every Life Matters.

All of these people and their families have every right to voice their concerns without being silenced or criticised by abortion campaigners. The trend across the world seems to be that families are increasingly concerned at what is happening, and are organising themselves into groups like Saving Downs and Down Pride precisely because more than 90% of people with an extra chromosome 21 are being aborted. O'Reilly is also wrong on the gestational age at which diagnoses can be made - new testing can show chromosomal abnormalities as early as 9 weeks.

Some other parents whose children have Down Syndrome may agree with abortion being legalised, but their stance does not change the chilling, heartbreaking facts referred to above.

Campaigners are busy trying to spin the current abortion proposal as one which does not specify abortion on 'non-fatal' disability grounds, even though they know full well that in countries like Germany, for example, 90% of babies with Down Syndrome are aborted on the grounds of protecting the mental health of the mother. The Abortion Committee's proposal supports abortion on health grounds through all nine months of pregnancy.

People with Down Syndrome and their families will not be silenced on this issue. It is shameful that any politician, campaign group or journalist who would try to censor their voices. Those whose rights are under attack have an absolute right to be heard.