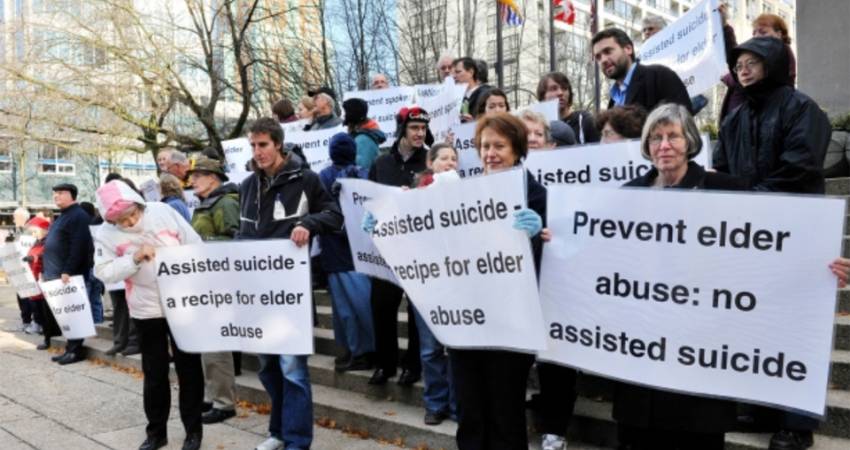 A Canadian doctor has warned that the number of people dying by assisted suicide increased five-fold in Canada after it was legalised in 2016 on 'limited grounds'.

Dr Martin Owen, writing  in the Irish Times responded to those who argued that the Dáil should look to countries such as Canada when considering whether it was "possible to legislate for assisted suicide without compromising the rights of the aged, the disabled and others who are vulnerable?”

"I strongly agree that Irish politicians should look carefully at the experience here in Canada, as it will offer them serious pause for thought in advance of introducing any such law," Dr Owen wrote.

"In 2015, a Canadian court struck down as unconstitutional a law which banned assisted suicide. In 2016, the Canadian government then used the case as justification to legislate for assisted suicide in what were described as “limited” grounds."

He said that the impact of the change to the Canadian law had been "nothing short of immense".

That's a five-fold increase in 4 years.

"One in every hundred deaths in Canada is now by assisted suicide – 81 per cent of those who ended their lives were aged 65 or over, with 33 per cent aged 80 or over," Dr Owen wrote.

"Clearly, the Canadian government thinks this isn’t enough, because earlier this year the prime minister, Justin Trudeau, advanced a Bill which would allow those with non-fatal conditions to avail of assisted suicide.

"This would include disabilities such as cerebral palsy," he continued.

In a stark reminder of the impact of assisted suicide he said that "The Council for Canadians with Disabilities has said that this legislation would send a message that “having a disability is a fate worse than death”."

He warned against the slippery slope for Irish law. "The Bill excludes mental illness as a ground for assisted suicide, but it is only a matter of time before this in turn is allowed, as has already occurred in the Netherlands and Belgium."

"The sad fact is that when you decide that a certain category of people’s lives are not worth living, then those categories will inevitably expand over time.  And when you pass a “limited” law which suggests that illnesses such as cancer are worse than death, then you shouldn’t be surprised when huge numbers avail of it. Irish politicians, please take note," he concluded.