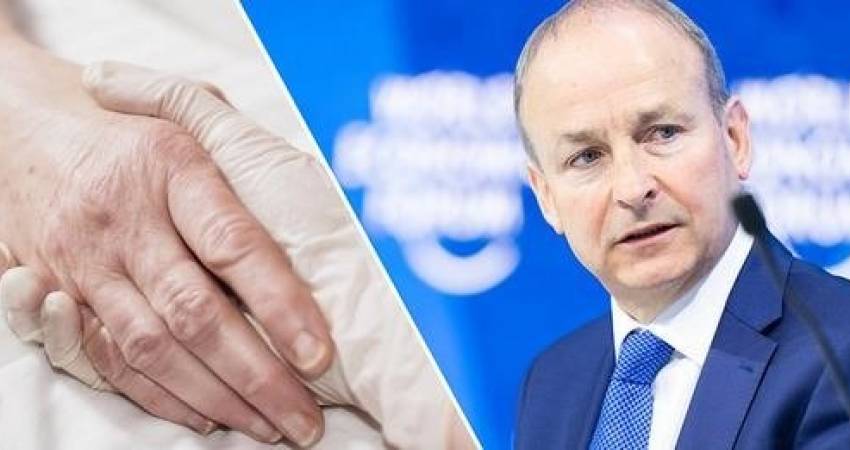 Taoiseach Micheál Martin has admitted that he is wary that legislating for assisted suicide and euthanasia would “create an indirect pressure on older people” in Ireland.

He made the comments while speaking to The Irish Examiner as a special Oireachtas committee gears up to examine assisted dying in the new year after the Dying with Dignity Bill (2020) was rejected as being flawed.

The Taoiseach said he has concerns around the introduction of the practise, as countries including Canada, which legalised Medical Assistance in Dying (MAiD) in 2016, see deaths by assisted suicide skyrocket.

“I would just be nervous that through any legislation that’s passed — and I’m open to persuasion on this — but that you would create an indirect pressure on older people in particular, people who are coming to the end of their lives, and all sorts of pressures can happen,” Mr Martin said.

He added: “So there would have to be very, very strong safeguards.”

In October 2020, a bill proposed by People Before Profit TD Gino Kenny with the aim of legalising assisted suicide passed its first stage in the Dáil. 81 TDs voted in favour of the legislation while 71 voted against.

It will be given the task of examining how voluntary ‘assisted dying’ would work in Ireland – and the ‘safeguards’ that would be needed.

However, firm opponents of assisted suicide insist any discussions around ‘safeguards’ and ‘ethics’ should be swerved entirely – as many point to the horror stories from countries like Canada, where a Paralympian who asked for a stairlift was recently offered MAiD (Medical assistance in dying) instead, provoking shock and outrage. 10,000 people ended their lives by the practice last year – prompting commentators to describe the situation in Canada as plain killing.

The Catholic Church, along with the College of Psychiatrists in Ireland, have been among those to wade into the ongoing discussion on the issue, voicing concrete opposition.

Last December, the College of Psychiatrists in Ireland issued a stark warning against legalising Assisted Suicide, saying it could place vulnerable patients at risk and cautioning that such deaths are often not peaceful, “may be inhumane”, and may result in “considerable and protracted suffering.”

“In view of the frequency with which human dignity is cited as a justification for PAS-E [Physician Assisted Suicide – Euthanasia], it is important to point out that medical euthanasia is frequently not a peaceful process; there are reports of prolongation of death (up to 7 days), and re‐awakening from coma (up to 4%). This raises a concern that some deaths may be inhumane,” the medical experts said.

They also said that Assisted Suicide is not compatible with good medical care.

Martin’s trepidation comes as the parameters around assisted suicide in Canada have loosened. The country, which initially legalised the practise for those who were physically ill, is now considering legalising it for people who are mentally ill, and for children as young as 12 – deemed “mature” minors.

While the Taoiseach referred to safeguards, an increasing number of commentators on the issue, observing trends in countries like Canada, Belgium, and the Netherlands, have warned of an increasingly slippery slope. While legal safeguards, described by Canadian politicians at the time as ‘strong’ were built into Canada’s original bill, many fear the balance between access and protection has been eroded.

It comes as one man hit headlines this week because he was granted medical assistance in dying as he applied on the grounds that his disability benefits were being taken away – offering proof that the practice is now permitted on grounds including poverty in Canada.

A broad spectrum of views on assisted suicide have been expressed by a range of groups and organisations here.

Ireland’s human rights watchdog the Irish Human Rights and Equality Commission previously identified the dangers of, and called for ‘significant amendments’ to, euthanasia and assisted suicide bill 2020. Ireland’s largest provider of specialist palliative care services, Our Lady’s Hospice and Care Services, said in 2020 it did not support the assisted dying bill or assisted suicide, and welcomed public debate on the subject.

“Instead, we advocate for better advanced care planning and additional supports for those living with a terminal illness and those facing end of life, and for increased access to specialist palliative care so that pain and distress of patients and families can be comprehensively addressed,” it has said.

In January 2021, the organisation responded to a public invite from the Joint Committee on Justice to make a submission outlining its view and position.

Despite the fact constitutional issues will not be examined during the committee in 2023, unlike abortion or gay marriage, it is anticipated that a referendum would not be required to bring about the introduction of assisted suicide. Alternatively, it would be up to Ireland’s political system to enact legislation to allow medical professionals to enable some terminally ill patients to end their own lives. If it becomes law, Ireland would follow only a small number of countries around the world in legalising the practice.